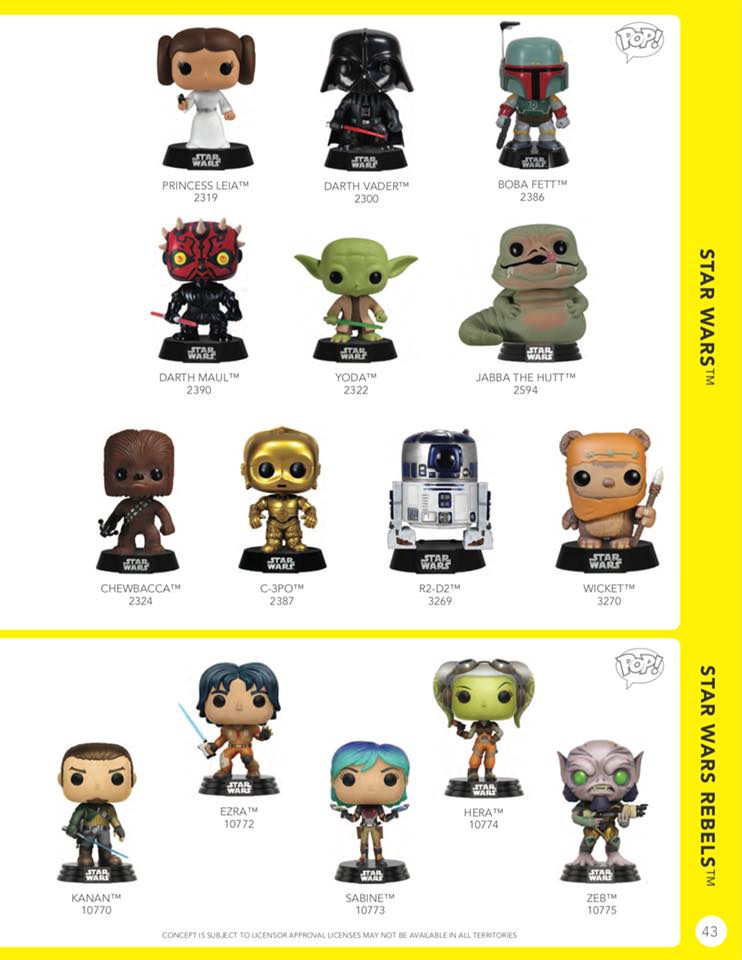 As seen in the photo above, it looks like there are going to be some new box variations coming our way. Note that these our not new pops, rather, they are going to be repackaged from their original blue and white boxes into the familiar black and red style that many have seen in stores lately, keeping it consistent with the The Force Awakens style. The photo above is taken from the Toy Fair catalog that retailers use to purchase from Funko, so it’s likely that many, if not all of the Pops shown on this list, will be repackaged.

What does this mean? Well, it’s possible that the value of blue box variants will likely go up, however, with more available on the market, those looking to buy and sell out of box will likely have an easier time getting ahold of these Pops, as Princess Leia, Jabba the Hutt, and Darth Maul have already been seen repackaged in the new red-and-black style.

Note that it doesn’t mean that these Pops are being vaulted. These are continuing to be made yet, whereas vaulting means that they are stopping production entirely on a particular Pop. Although some of the blue box varieties like Slave Leia, Greedo, and Obi-Wan Kenobi have been vaulted and then re-released, the ones that are being reboxed have never been vaulted, and thus their prices are unlikely to inflate much, if at all.