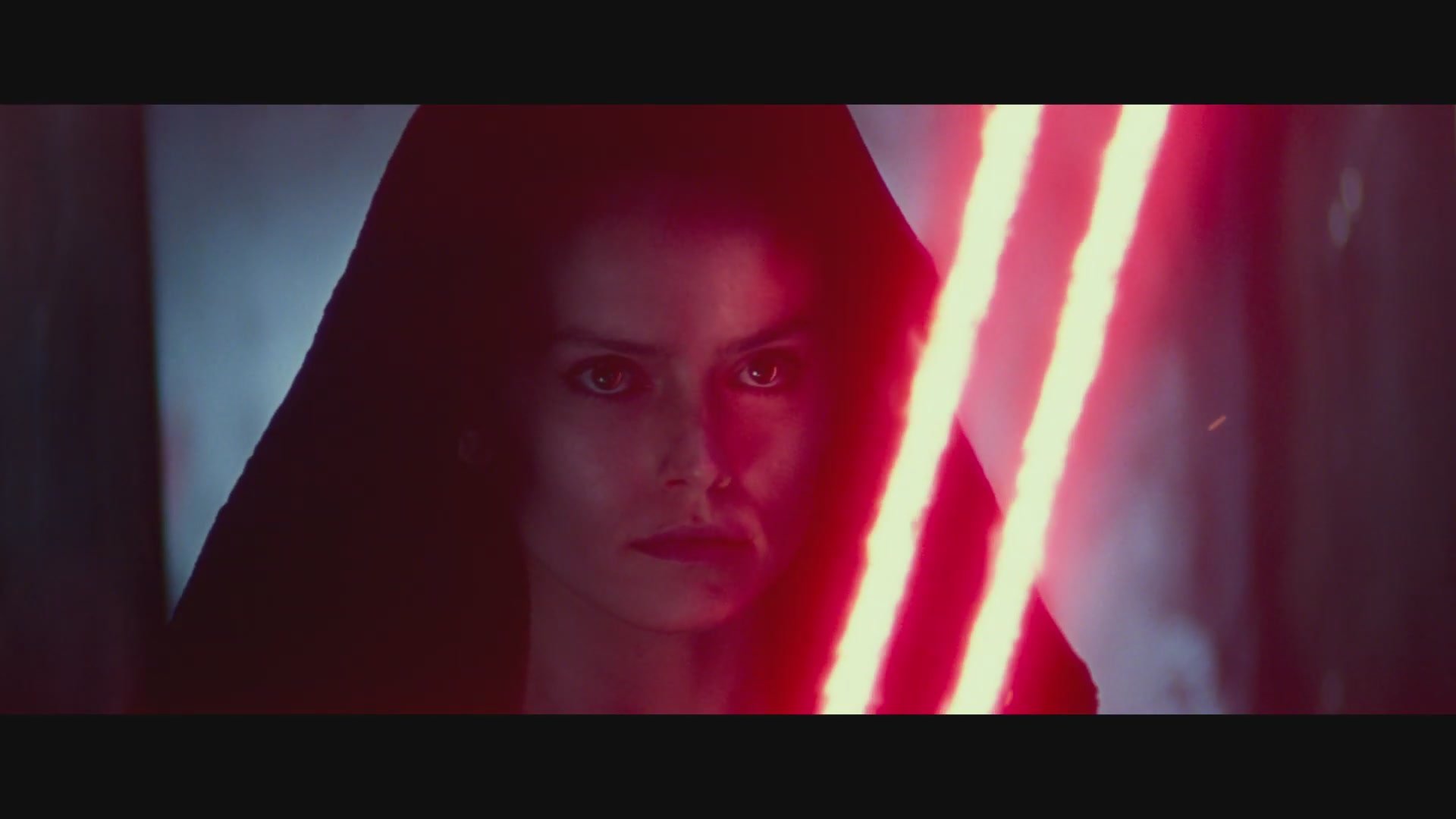 Ever since the footage hit the D23 Expo this past weekend, the Internet has been buzzing with the latest teaser dropped from the last installment of the Skywalker Saga, The Rise of Skywalker, hitting theatres this December. While we see plenty of action shots of all of our heroes, one in particular, Rey, appears to have gone to the dark side. Not only is she wearing a black cape with a hood very reminiscent of Kylo Ren’s costume in the first film, but she’s also wielding a very unique, and very red, double-bladed lightsaber.

So what could have prompted this style change? Well, let’s take a look at some of the most popular theories below. 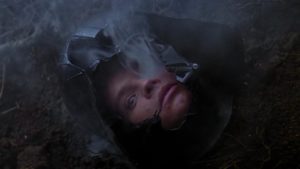 It’s no secret that the dark side can mess with people’s minds, and Rey wouldn’t be the first person to experience vivid hallucinations that felt all too real – think back to Luke when he was training on Dagobah in The Empire Strikes Back. It could be something that Palpatine places in her head to convince her to join the dark side, showing her a future that she could have if she followed him down the dark path. It could even a vision given to her by Luke Skywalker, finally giving Rey some proper tutelage, even as a Force ghost. It might even be something that Rey dreams up, or sees in a reflection like she did in The Last Jedi.

This theory seems the most likely. It seems a little late in the game to have one of our heroes turn to the dark side and then be redeemed by the end of the film, especially when Rey shutting the door on Kylo Ren at the end of the last film seemed to indicate that she was choosing the light side and the Resistance once and for all. There’s also more concrete evidence behind this one too. The official Star Wars website posted an article about the footage, describing the appearance of Dark Side Rey as a vision. A few hours later, the article was pulled and reappeared later with the mention of the vision omitted. Major oops moment? I guess we’ll have to wait until December to find out. 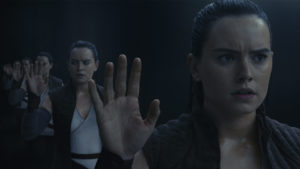 The theory that Rey is a clone has been going on for just about as long as the theories that Rey is a Skywalker, a Kenobi, or even a direct descendant of Palpatine himself. While no one has yet been able to definitively answer the question of Rey’s true parentage, The Last Jedi may hint at her origins. When she asks to see her parents, she only sees copies of herself stretching back as far as she can see. Whether it’s a direct answer to the question or just a misdirection remains to be seen.

While it’s still not clear why Rey was placed on Jakku, it’s possible that she was saved from an unpleasant fate, and that there were other Rey clones out there, being trained to carry on the dark side’s bidding. Although the trailer also teases her dramatic fight with Kylo Ren in the middle of a turbulent ocean, Rey might find herself facing down another enemy in this last film: a clone of herself. Will she be able to win? Most likely, but it seems like it would be a cool battle nonetheless. 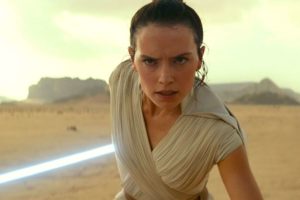 Although it seems unlikely to happen this late in the game, it’s possible that something will happen that will cause Rey to start playing for the other team. Perhaps she’s possessed by Palpatine or another dark side entity, or maybe Kylo Ren made her an offer that she couldn’t pass up. Since we know that Rey will find out her origins in this film, could it be possible that the reveal sends her into a downward spiral and towards the dark side for good? 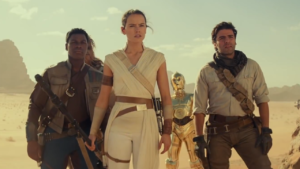 While Rey actually turning to the dark side seems unlikely, a more plausible scenario is that this is our Rey, but she’s simply faking it, playing along in order to trick Kylo Ren, or Palpatine, or another dark side entity that she has joined their side while she is simply distracting them in order to help the Resistance make their move. This seems doubtful to happen as well, though. That outfit looks like it would have taken a while to make, and creating a whole new lightsaber with a corrupted kyber crystal seems like more trouble than it’s worth. 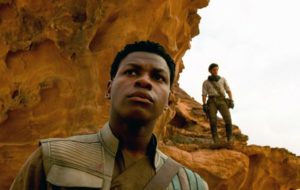 Maybe it’s not Rey who’s doing the tricking, but the other way around. Perhaps Rey leaves by herself on a dangerous quest, and another version of Rey shows up, posing as the actual Rey and leading the Resistance to believe that she has joined the dark side to try to convince them to lose hope and surrender. It could be a clone, but it could also be a manifestation by the dark side, maybe in the form of a vision or a dream. It could also be a physical presence, perhaps by a doppelganger or shapeshifter or something of the like. In the final installment of the Skywalker Saga, anything is possible, right? 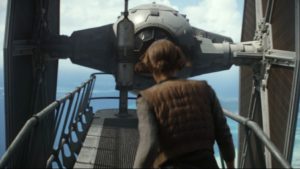 This would be an extreme disappointment to fans, but it could be possible that the footage was added in as a tease to throw fans off the trail of what they will actually expect to see in the film. It seems unlikely that they would go through the trouble of creating a costume and new weapon simply for marketing purposes, but it is possible that the footage was a dream sequence that was later cut from the final version of the film.

It wouldn’t be the first time a Star Wars film teased a cool shot that never appeared in the final version of the film. In Rogue One, Jyn finds herself staring into the cockpit of a TIE directly in front of her, poised to strike. While the scene was never actually planned to be in the final version of the film, the clip was thrown into the trailer anyway to generate more suspense for the film. Could this be more of the same?

So that’s a few reasons why Dark Side Rey might have appeared in the latest footage for The Rise of Skywalker. With more footage set to drop in the next few months, perhaps we’ll be able to see more clips of this new Rey to figure out her place in the film. Until then, let us know your thoughts in the comments below, and, as always, May the Force be With You!