After years of being treated as an unofficial holiday for all things that take place in a galaxy far, far away, May 4th (marked in Star Wars fandom by the pun, “May the 4th be with you”) is now OFFICIALLY Star Wars Day. At least, it is in The Golden State.

In a resolution authored by Democratic Assemblyman Tom Daly, the California Legislature declared May 4th, “Star Wars Day.” Daly addressed the day’s puntastic origins by writing, “‘May the Fourth be with you,’ which started as a pun warmly shared by fans, has become a full-fledged fan celebration of Star Wars.” Although technically the measure only declared May 4th, 2019 as Star Wars Day, it is still the first official recognition of the fan holiday’s significance in pop culture by the US government. The decision seems to largely be motivated by the opening of “Star Wars: Galaxy’s Edge” in Disneyland later this month, with Daly noting, “The expansion created 5,500 temporary construction and artisan jobs and will create an additional 1,400 permanent jobs upon operation.”

California legislator’s celebrated the decision with a giant hot air balloon shaped like the iconic Yoda outside of the California State Capitol on Thursday while stormtroopers walked around the building (this according to a tweet by Senator Pat Bates). 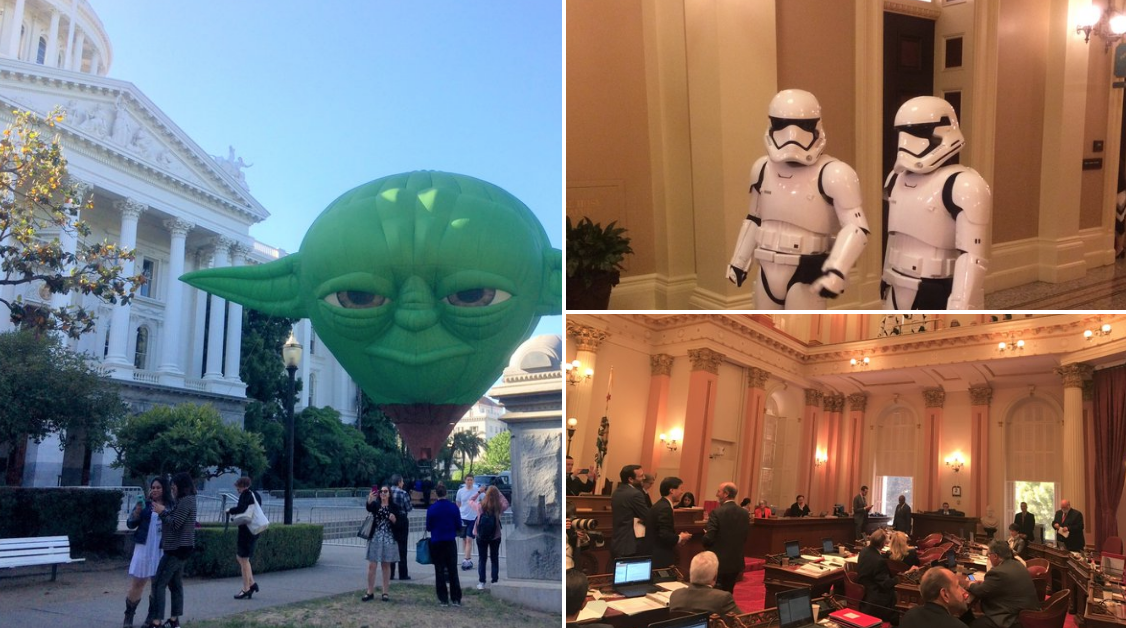 With fans hotly anticipating such 2019 Star Wars projects as the previously mentioned Galaxy’s Edge, the Disney+ series “The Mandalorian”, and of course Episode IX – The Rise of Skywalker, it seems more than fitting that 2019 be the first year May 4th is officially recognized as Star Wars Day. 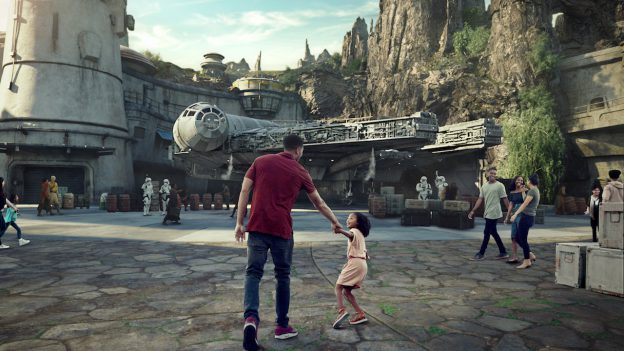