A CALL TO ADVENTURE ON THE VERY EDGE OF THE GALAXY! THE COMIC TIE-IN TO THE THEME PARK!
BLACK SPIRE OUTPOST has long been frequented by smugglers, merchants and travelers from every corner of the galaxy looking to make their score on the infamous black market – or experience the exotic thrills only the remote world of Batuu has to offer. Beings like the infamous DOK-ONDAR, a proprietor of rare and one-of-a-kind antiquities, thrive on the unique opportunities which abound on the lawless outpost at the very edge of Wild Space! But the evil FIRST ORDER has come to Batuu and the survival of the entire outpost is at stake! The road to Black Spire’s possible salvation might begin in the past…with a job HAN SOLO and his partner CHEWBACCA pulled for Dok-Ondar. The newest chapter of the growing Star Wars saga begins this April with ETHAN SACKS (OLD MAN HAWKEYE) AND WILL SLINEY’S (BEN REILLY: SCARLET SPIDER, SOLO: A STAR WARS STORY) GALAXY’S EDGE – the riveting comic adventure tie-in to the theme park.
Rated T 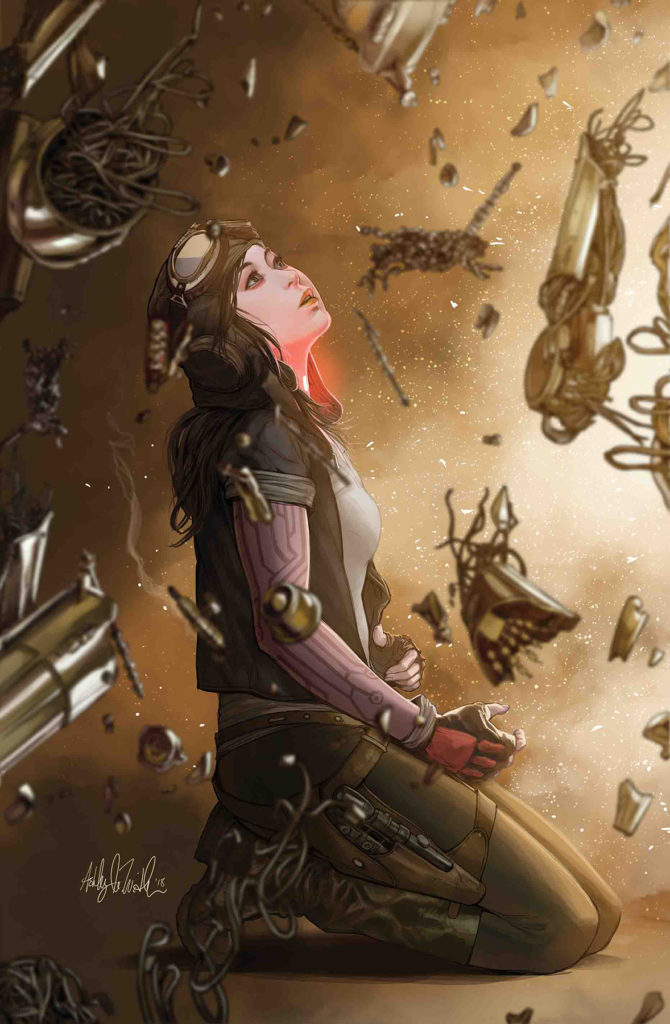 (W) Si Spurrier (A) Emilio Laiso (CA) Ashley Witter
“WHEREIN: VERY KABOOM”
•  Time’s up. DOCTOR APHRA and TRIPLE-ZERO have mere seconds to remove their bomb implants before it’s explodo o’clock.
•  With undead bounty hunters, monster trappers and the foulest divisions of the IMPERIAL war machine between her and salvation, is this the end for the amoral archaeologist?
•  One thing’s for sure: it’ll come down to who trusts who…and who gets what they deserve…
Rated T
$3.99

THE STAR-CROSSED LOVER!
•  DARTH VADER, a name that strikes fear in the hearts of countless across the galaxy…but there is one lonely heart that beats just for him.
•  What is it like to be in love with LORD VADER?
•  And what fate will befall one who is infatuated with the tall, dark mystery behind the mask?
Rated T 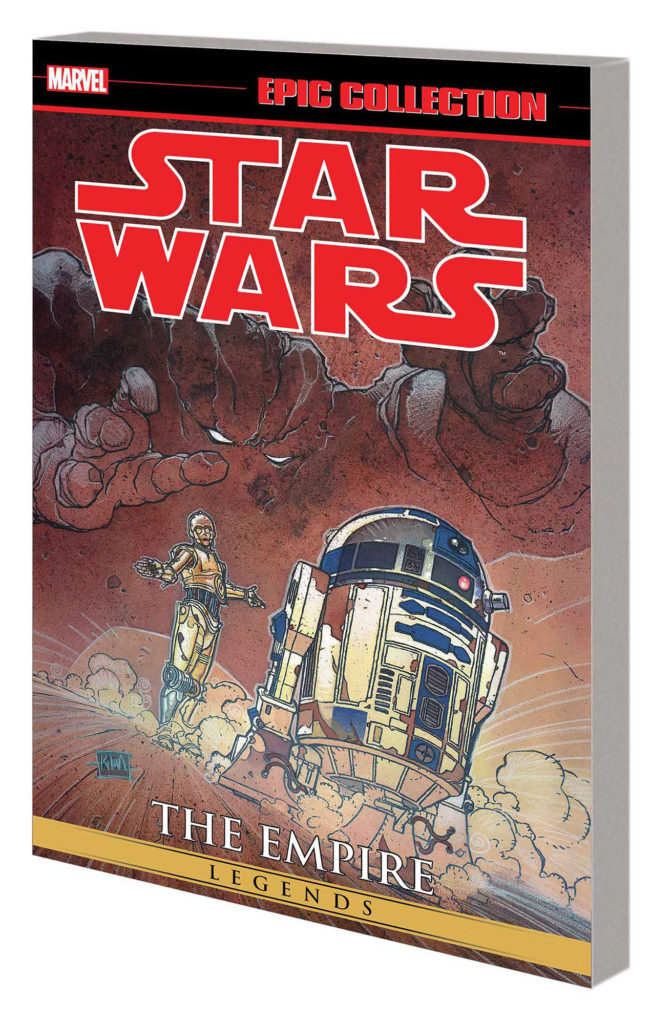 R2-D2 and C-3PO steal the spotlight! Even before joining the rebellion, everyone’s favorite droids had plenty of exciting adventures. With the Empire on the march, the squabbling duo find themselves in the middle of trouble in the Kalarba System – but is Corellian rogue Jace Forno friend or foe? On the smuggler planet of Nar Shaddaa, con artist Olag Greck has a brush with the law – the newly deputized droids! Then, with a new Ithorian master to follow, R2 is laid low by a computer virus! And thrill to planet-saving action co-written by C-3PO actor Anthony Daniels! Plus: Pirates, bounty hunters, rock monsters – and R2’s day out! Collecting STAR WARS: DROIDS (1994) #1-6 and SPECIAL, STAR WARS: DROIDS (1995) #1-8, STAR WARS: THE PROTOCOL OFFENSIVE #1 and material from STAR WARS GALAXY MAGAZINE #1 and STAR WARS TALES #16 and #20.
Rated T