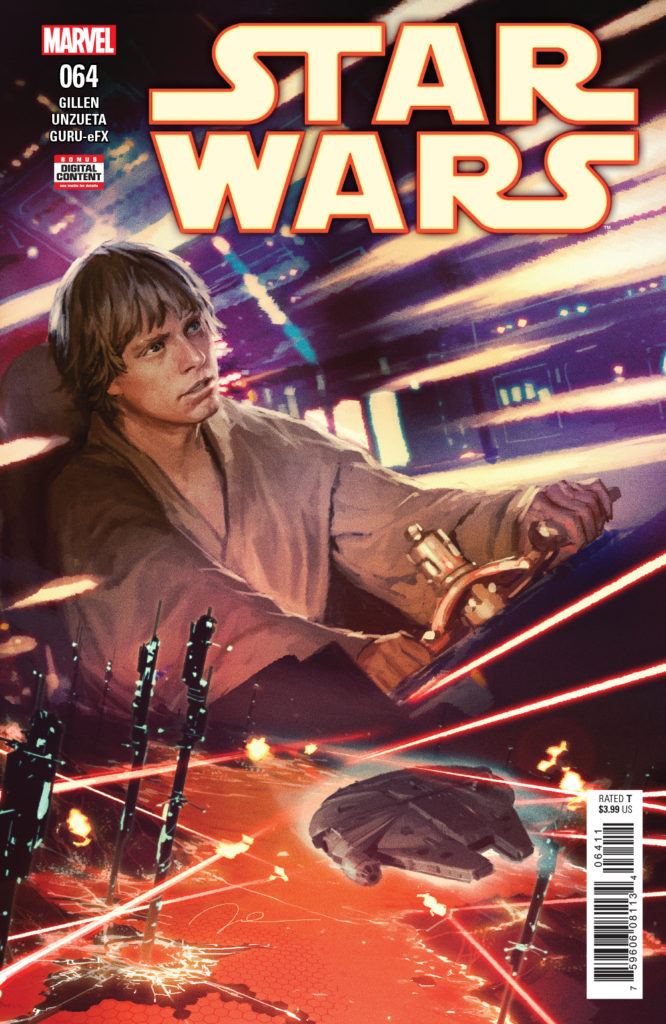 (W) Kieron Gillen (A) Angel Unzueta (CA) Gerald Parel
“THE SCOURGING OF SHU-TORUN” PART 3
•  LEIA leads her covert team deep into the heart of the royal palace of SHU-TORUN.
•  BENTHIC leads the PARTISANS deep inside the horrific edifice of THE SPIKE.
•  A rebel victory could cripple the Empire for good. A little scourging is one thing…but the death of a planet?
Rated T
$3.99 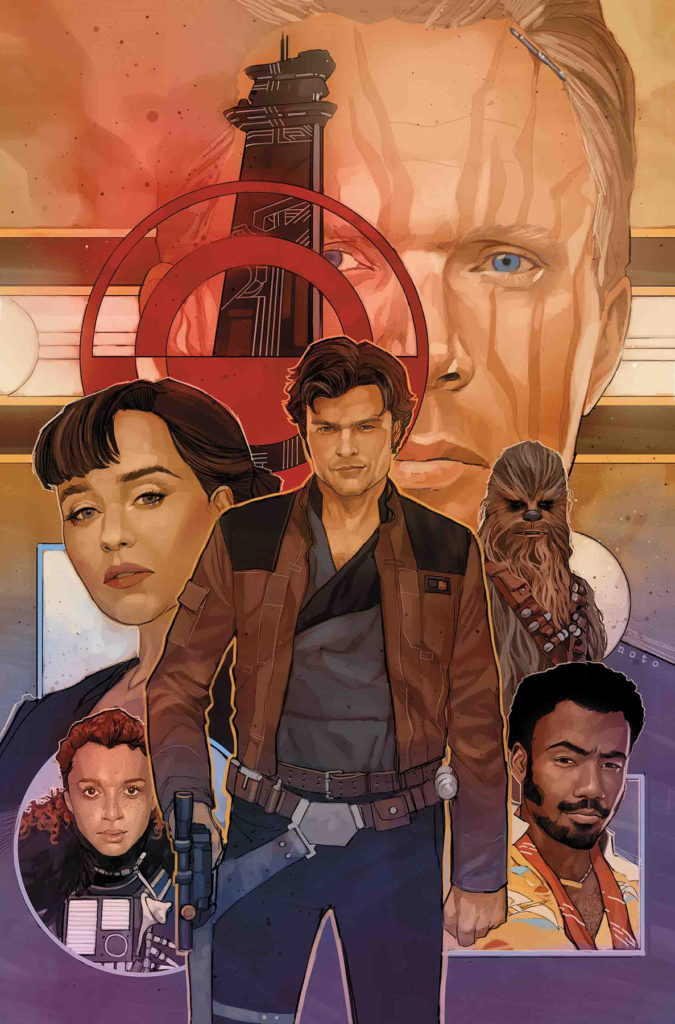 (W) Robbie Thompson (A) Will Sliney (CA) Phil Noto
THE FINAL SHOWDOWN!
•  HAN SOLO is out of options and out of allies, and DRYDEN wants him dead…
•  Will BECKETT’s double-cross be Han’s undoing? Will Han do the right thing despite that it could cost him and CHEWBACCA their lives?
•  Find out in the thrilling conclusion to SOLO: A STAR WARS STORY, featuring material not seen in the film!
Rated T
$3.99