WHO HUNTS THE HUNTER?
•  DARTH VADER continues his terrifying quest for vengeance against everyone who hid the existence of his son from him.
•  But on NABOO, the DARK LORD OF THE SITH faces a deadly new challenge as his focus turns from LUKE to PADMÉ, the wife of the man Vader used to be.
•  And what secrets lie in the tomb of PADMÉ AMIDALA?
Rated T

Get the ultimate Star Wars action figure collection – in one single, giant-sized comic book! As a child, John Tyler Christopher spent his days playing with Luke Skywalker, Darth Vader and his beloved Boba Fett. As an adult, Christopher has spent the last five years drawing the greatest heroes and villains of the galaxy far, far away in a stellar series of Action Figure Variant Covers to Marvel’s Star Wars titles – which have become as sought-after among fans as the original toys! Now, almost 100 of Christopher’s covers – featuring everyone from Ackbar to Zuckuss – are assembled, in all their full-size glory, in this instant collector’s item issue. And you don’t even have to agonize over taking them out of the box!
Rated T 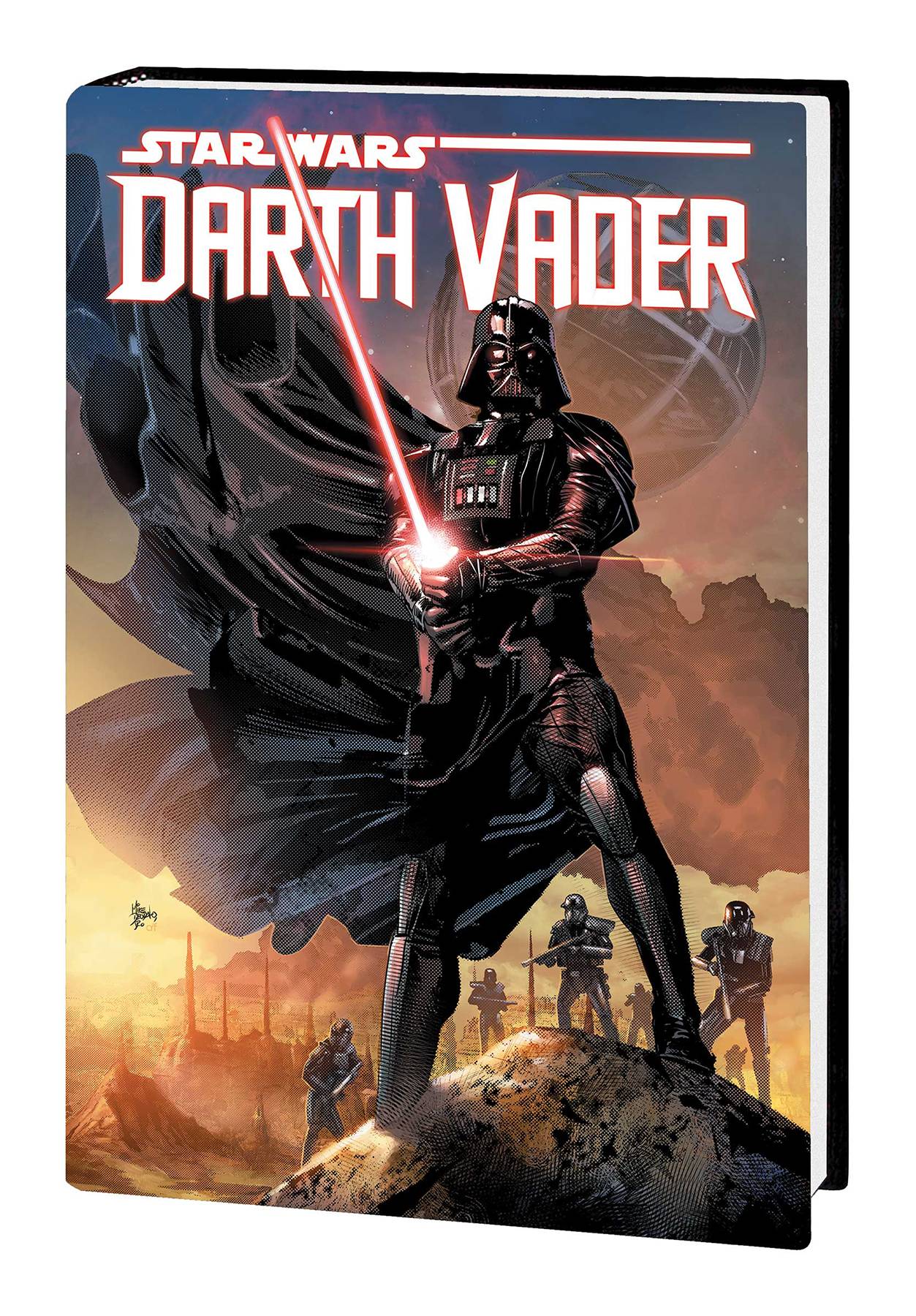 (W) Charles Soule, Chuck Wendig (A) Giuseppe Camuncoli, Leonard Kirk (CA) Mike Deodato
Darth Vader’s imperious rise continues! As the Empire’s grip on the galaxy tightens, the stirrings of a rebellion begin in the Mon Cala system. The fearsome Darth Vader knows that order must be maintained at all costs – but bringing Mon Cala to heel means finding the surviving Jedi that foment this unrest. As Vader, Tarkin and their Inquisitors hunt their targets, the seas will weep! Meanwhile, Vader discovers a theft – and when the thief faces the consequences, Emperor Palpatine rewards his disciple with a chilling gift! Seeking the path to destiny, Vader returns to the place of his greatest defeat. Darkness rises above Mustafar as Vader’s brutal design begins to take shape – but will the planet’s inhabitants stand for this desecration? And what can they do against the Dark Lord? Collecting DARTH VADER (2017) #13-25 and DARTH VADER ANNUAL #2.
Rated T
$34.99