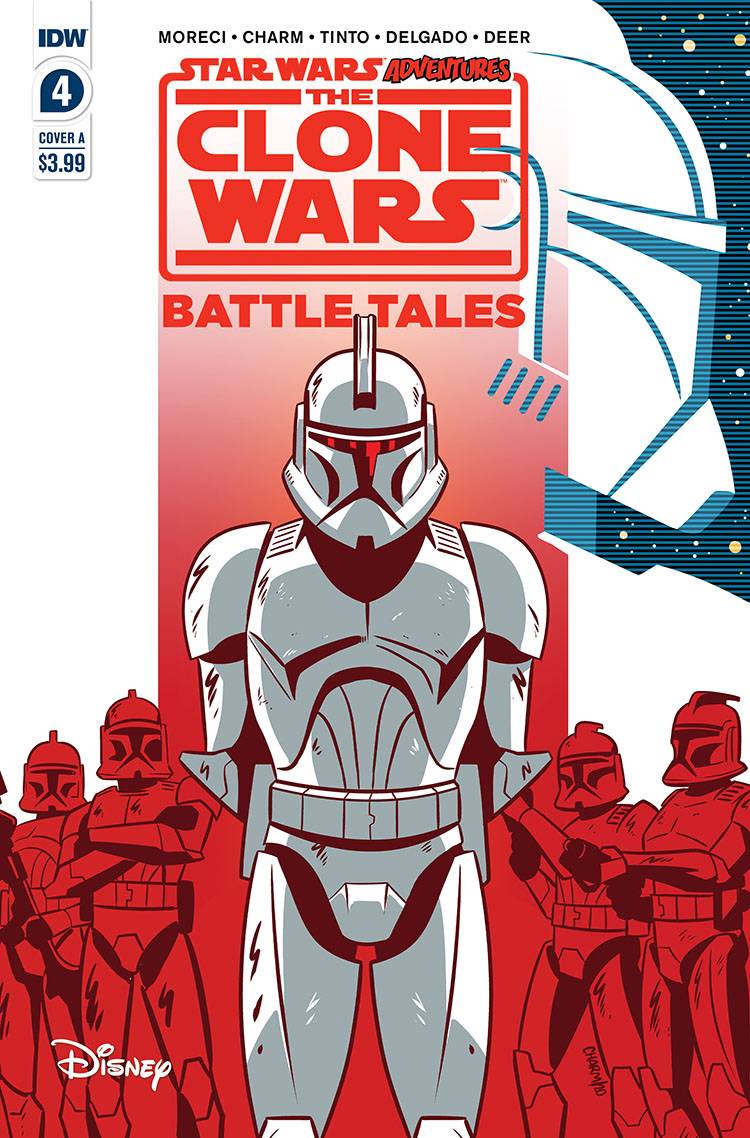 (W) Michael Moreci (A) Arianna Florean (A/CA) Derek Charm
This exciting weekly series explores a time of great upheaval in the galaxy-the Clone Wars! While Obi-Wan Kenobi, Anakin Skywalker, and other Jedi Knights fight against incredible odds, Commander Cody, Captain Rex, and other clones, pinned down for the duration, swap war stories that feature your favorite characters from The Clone Wars animated series, such as Padmé Amidala, General Grievous, and many more!
$3.99

THE TRIALS OF VAALE!
•  Separated from her crew, DOCTOR APHRA finds herself in peril at the hands of RONEN TAGGE’S mercenaries!
•  Could there be a traitor in their midst?
•  And can Aphra outwit them before the curse of the city swallows her and her new team whole?
Rated T