MAROONED!
•  GENERAL HUX and KYLO REN crash-land on a far-off planet.
•  With no hope of rescue, the two are forced to work together to survive.
•  But can they survive each other?
Rated T

FIGHT AND FLIGHT!
•  POE DAMERON is the greatest pilot in THE RESISTANCE.
•  But before the Resistance, he commanded another crew. He flew for the NEW REPUBLIC.
•  But was Poe flying for the right cause?
Rated T 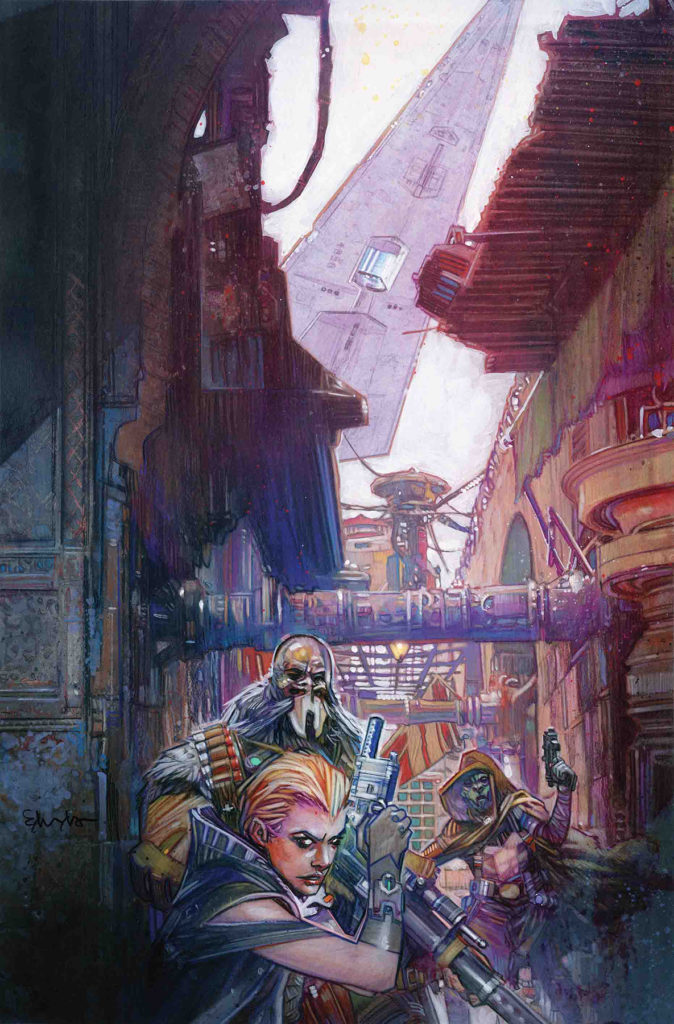 A DOUBLE-EDGED SWORD!
•  KENDOH’S crew of mercenaries spring their heist to steal one of the rarest relics in the universe – the hilt of the fabled SWORD OF KHASHYUN from DOK-ONDAR’S DEN OF ANTIQUITIES.
•  But with the FIRST ORDER tightening its grip on BLACK SPIRE OUTPOST and the notorious RED FURY STORMTROOPERS on their trail, can these master thieves survive long enough to collect their prize?
•  And does Dok-Ondar have one last gambit to play?
Rated T 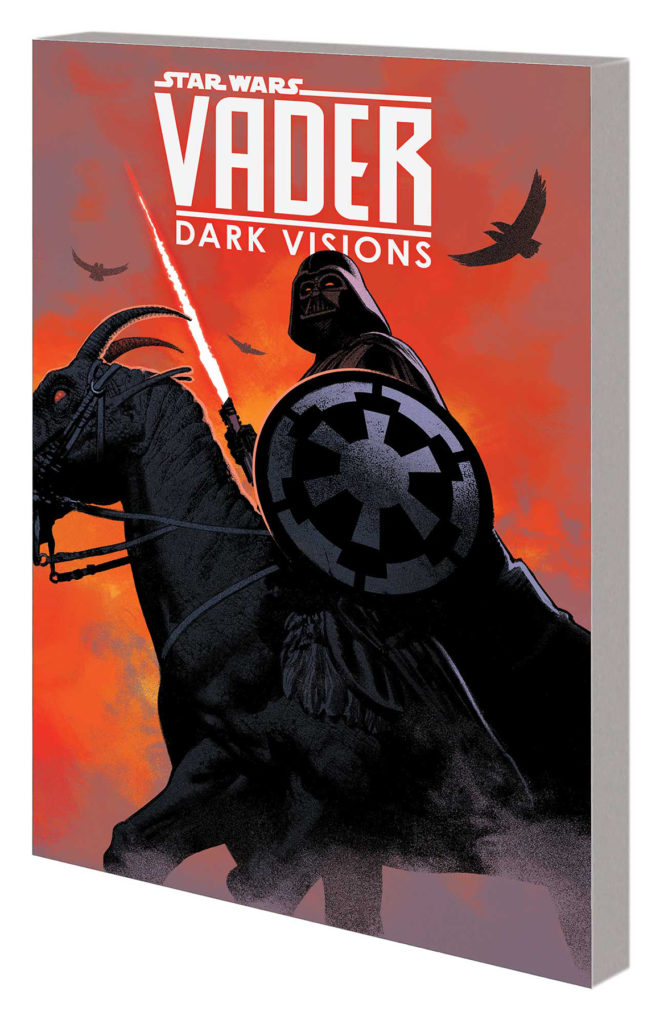 Who is Darth Vader? He has been many things: enforcer, commander, destroyer. He is, to many throughout the Galactic Empire, the ultimate symbol of power and fear. But there are those who have seen the Dark Lord in a different light. Some corners of the galaxy are so desperate that even Vader can be a knight in shining armor – while for certain Imperial Commanders, Vader’s anger is the price of failure. But what is it like to lose your heart to a Sith Lord – and what fate awaits the star-crossed lover who has fallen for a man so unattainable? Plus, learn how it feels to be an X-wing pilot going head-to-head with Vader’s TIE Fighter – and discover more of the many sides of the galaxy’s greatest villain! Collecting STAR WARS: VADER – DARK VISIONS #1-5.
Rated T