ROGUES, ROMANCE AND ROCK MONSTERS!
•  With the fate of the Rebellion at stake, our heroes scramble to set their decoys and traps to protect THE REBEL FLEET. But everyone’s plan suddenly becomes more complicated.
•  What can a frontier cardsharp teach Luke about THE FORCE? What are HAN and LEIA doing in the Lanz Carpo honeymoon suite?
•  And which utterly iconic STAR WARS villain finally takes notice as CHEWIE and THREEPIO tangle with the rock monsters of Planet K43?
Rated T 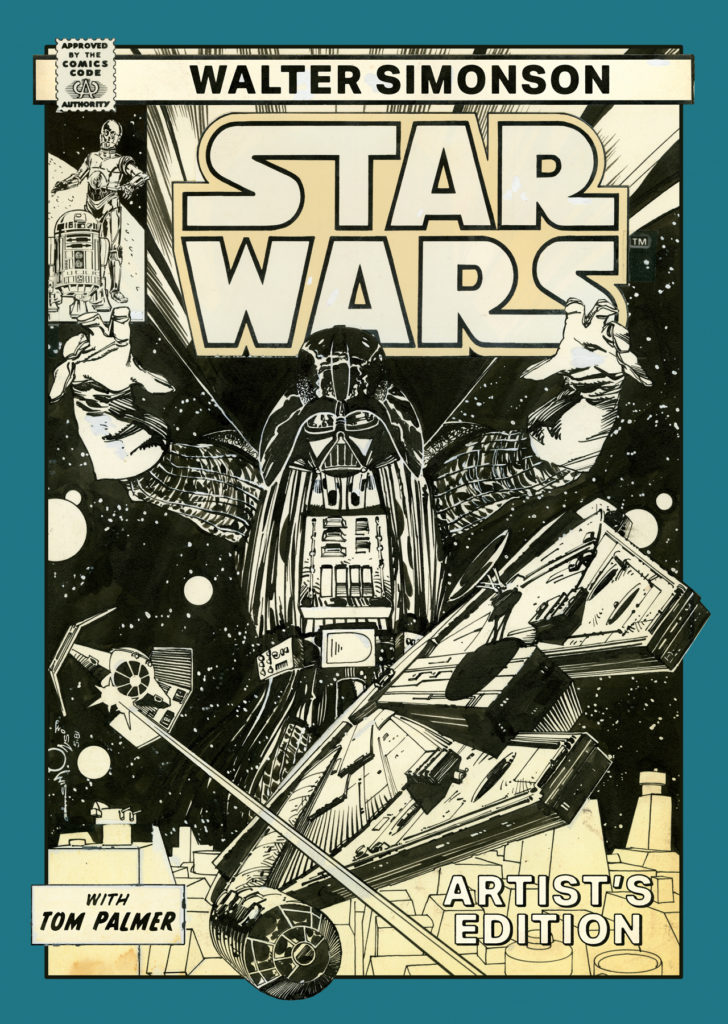 (W) Various (A) Tom Palmer (A/CA) Walter Simonson
Advance-solicited for July release! Comics legends Walter Simonson and Tom Palmer collaborated on a wonderful run of Star Wars comics in the early 1980s, before the release of The Empire Strikes Back. Like all Artist’s Editions, each page has been meticulously scanned from the original art (from the personal archives of both artists) and presented at 100 percent of actual size.
$125.00 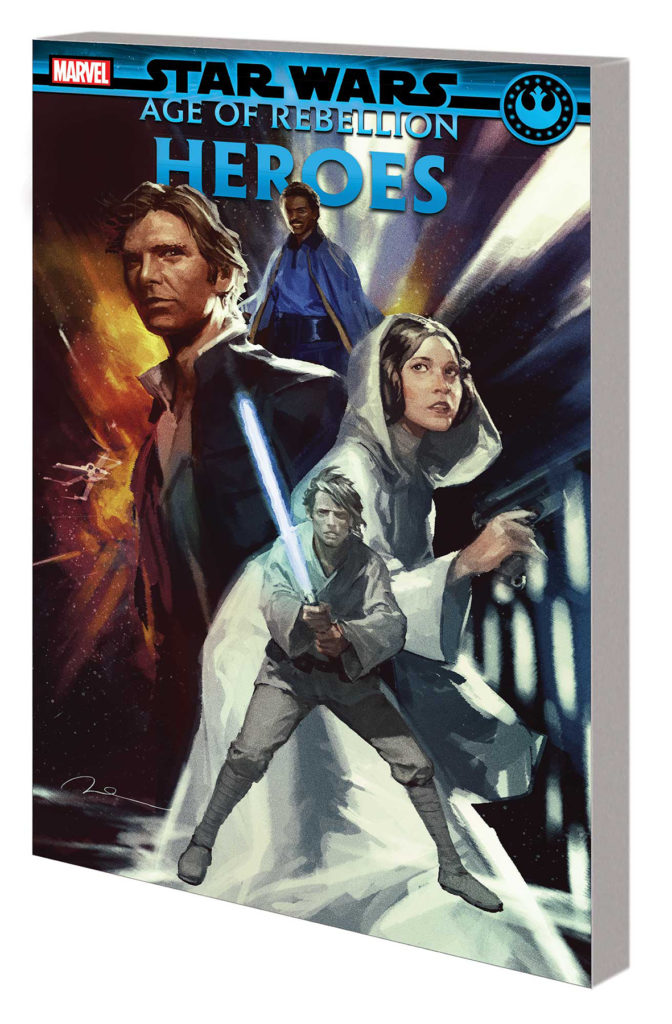 The Age of Star Wars – an epic series of adventures uniting your favorite characters from all eras – reaches the heroic icons of the Original Trilogy! Han Solo is ready to take his reward and return to life as a scoundrel – until a certain kid he knows asks for one last favor! Former smuggler Lando Calrissian’s dream of a life of leisure and luxury depends on one final scam! Luke Skywalker faces his first temptation – will he give in to the dark side? Leia takes on the identity of bounty hunter Boushh to rescue Han from Jabba the Hutt – but first, she must prove herself to Bossk! Plus: Jedi Master Yoda! And ace pilots Biggs Darklighter and Jek Porkins! Collecting STAR WARS: AGE OF REBELLION – HAN SOLO, LANDO CALRISSIAN, LUKE SKYWALKER and PRINCESS LEIA, and material from STAR WARS: AGE OF REBELLION SPECIAL.
Rated T

$17.99
If you are interested in this trade paperback and don’t wanna order it from your local comic shop then help out this site and order it here! 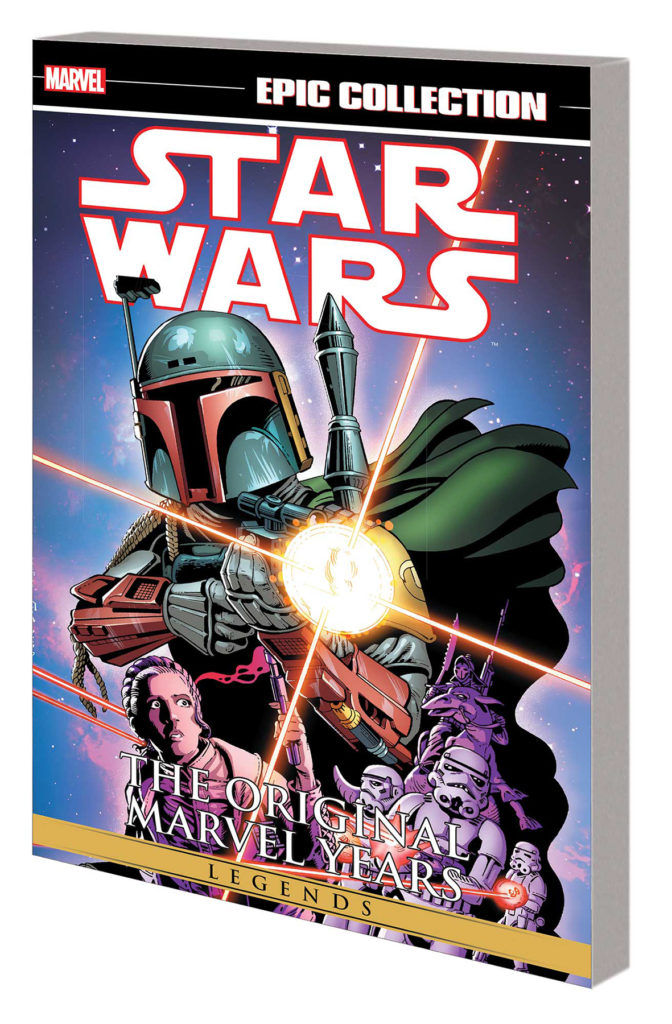 (W) Walter Simonson, David Michelinie, More (A) Walter Simonson, Tom Palmer, More (CA) Gene Day
The search for Solo! The lovable rogue, frozen in carbonite, has been taken to Jabba the Hutt – and our favorite rebels want Han back! But as Lando Calrissian returns to find Cloud City a death trap, R2-D2 and C-3PO face a dangerous spacewalk! Elsewhere, Luke Skywalker braves a beast on Bazarre – and joins Chewbacca inside a Mind Spider! Leia undertakes an explosive mission! Shira Brie shares the story of her people! And in the wake of tragedy, Luke becomes a pariah! Screams in the void and threats like the Darker unsettle our heroes, but the hunt for Han soon leads the crew to bounty hunters Dengar, Bossk and IG-88! And the bizarre discovery of a golden statue of their lost friend leads to revelations from Han and Chewie’s past! Collecting STAR WARS (1977) #56-73 and STAR WARS ANNUAL (1979) #2.
Rated T
$39.99
If you are interested in this trade paperback and don’t wanna order it from your local comic shop then help out this site and order it here!

Links from this article: