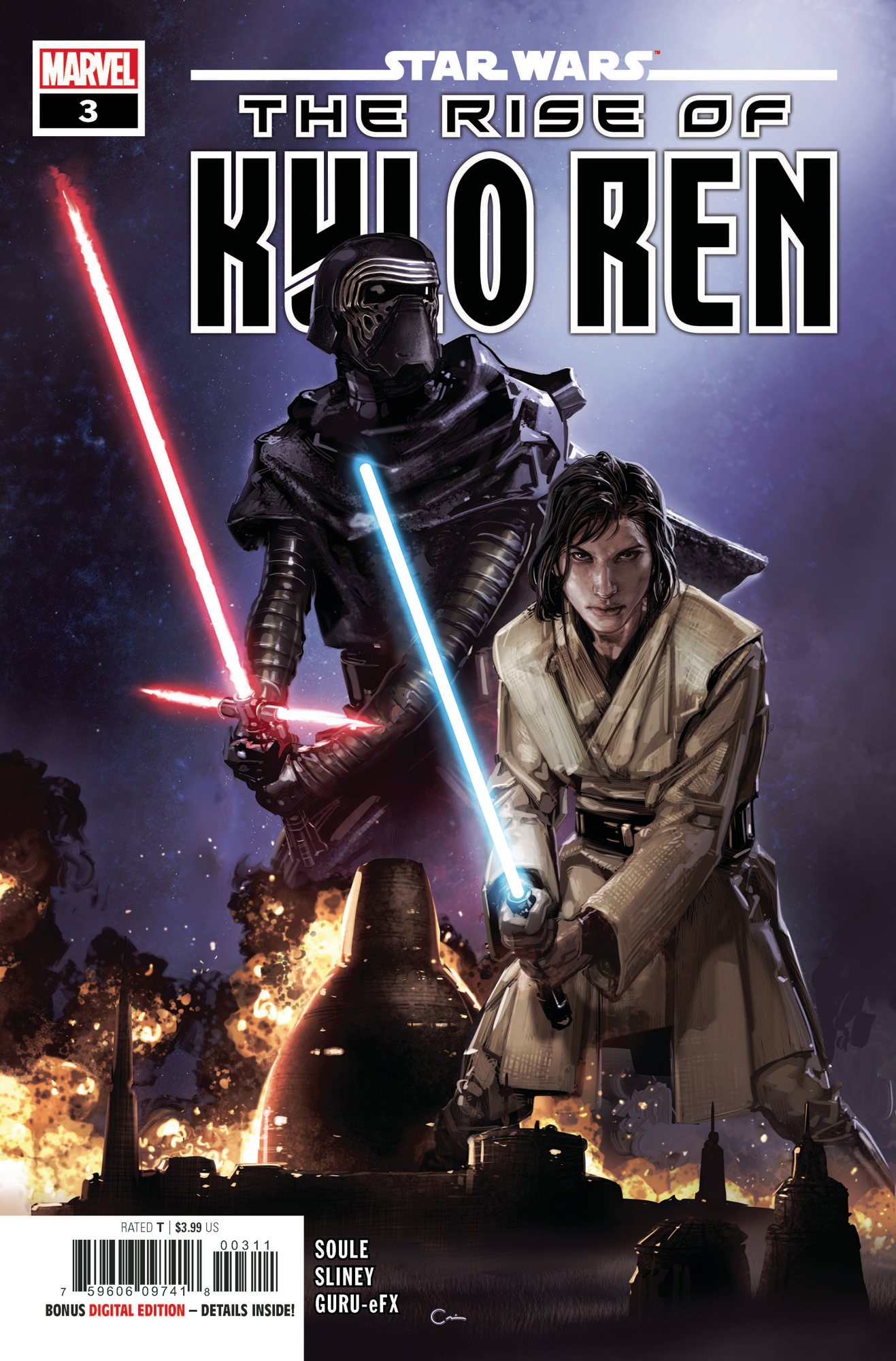 (W) Charles Soule (A) Will Sliney (CA) Clayton Crain
BEN SOLO, KNIGHT OF REN?
•  Soon, BEN SOLO’S path will end in a place of fire and blood, and a shadow will rise to take his place. He is with the KNIGHTS OF REN now, and they will welcome him, if he can pay their price.
•  But before that destiny is fulfilled, a battle must be fought at an ancient JEDI Outpost on the planet ELPHRODA – between Ben and those who know what he could have been… and fear what he might become.
•  Fear leads to anger. Anger leads to hate. Hate leads to suffering. Everyone here is afraid – Ben Solo most of all!
Rated T
$3.99 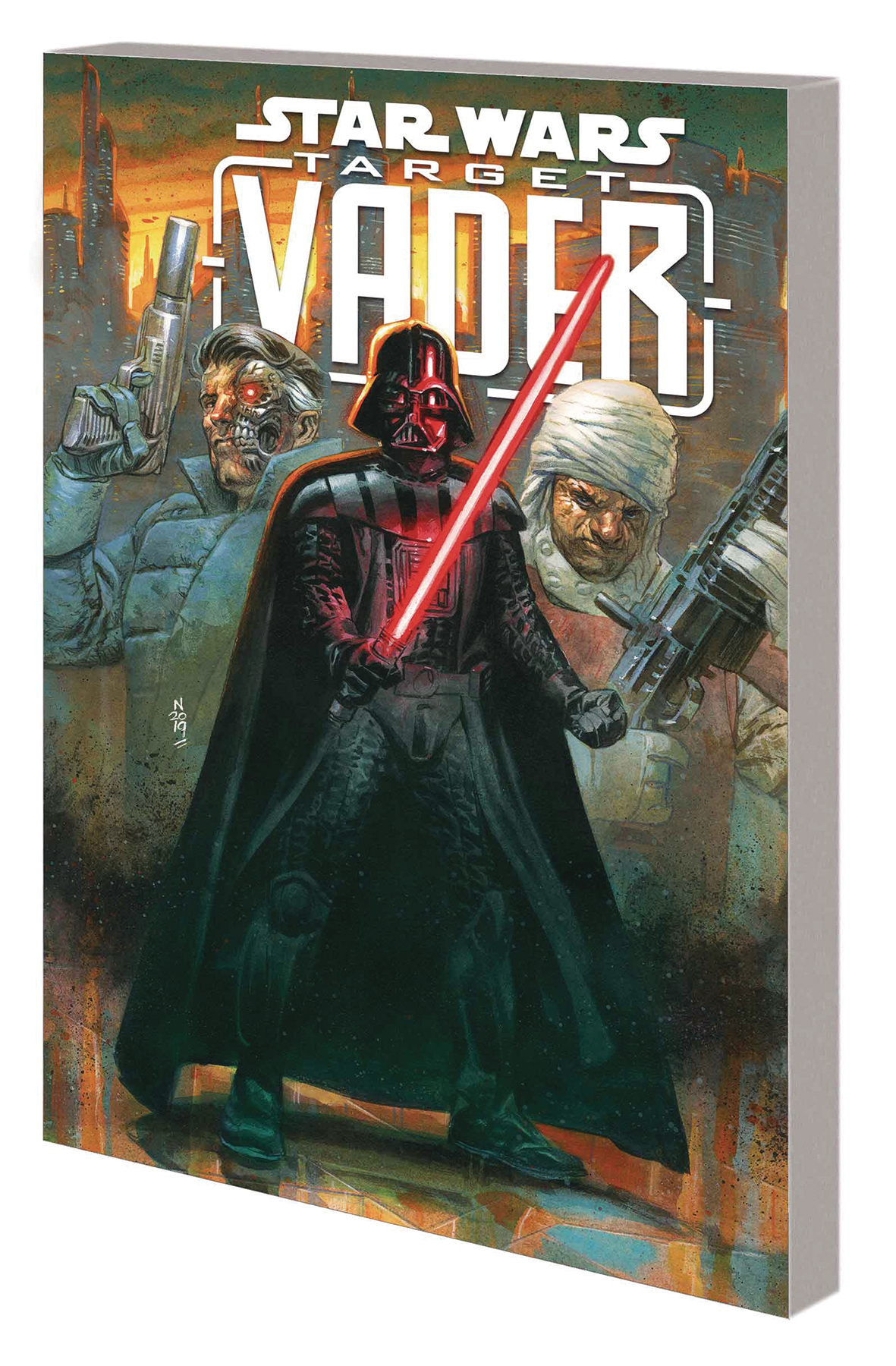 (W) Robbie Thompson (A) Marc Laming, Stefano Landini (CA) Nic Klein
Darth Vader vs. bounty hunters! The Dark Lord of the Sith is on the hunt for a mysterious criminal syndicate operating outside of the Empire’s rule. But little does he know that he too is being targeted – by a group of the galaxy’s deadliest bounty hunters, hired by the syndicate to take out Vader once and for all! Led by fallen Imperial Officer Beilert Valance, this ragtag group of assassins will stop at nothing to score the biggest bounty of their lives. Valance and Dengar seek the perfect weapon to kill the Sith Lord – and they’ll need it when Vader turns the tables and corners them! But what happens when both the hunters and the hunted uncover the dark secrets behind the criminal syndicate known only as the Hidden Hand? Collecting STAR WARS: TARGET VADER #1-6.
Rated T
$17.99 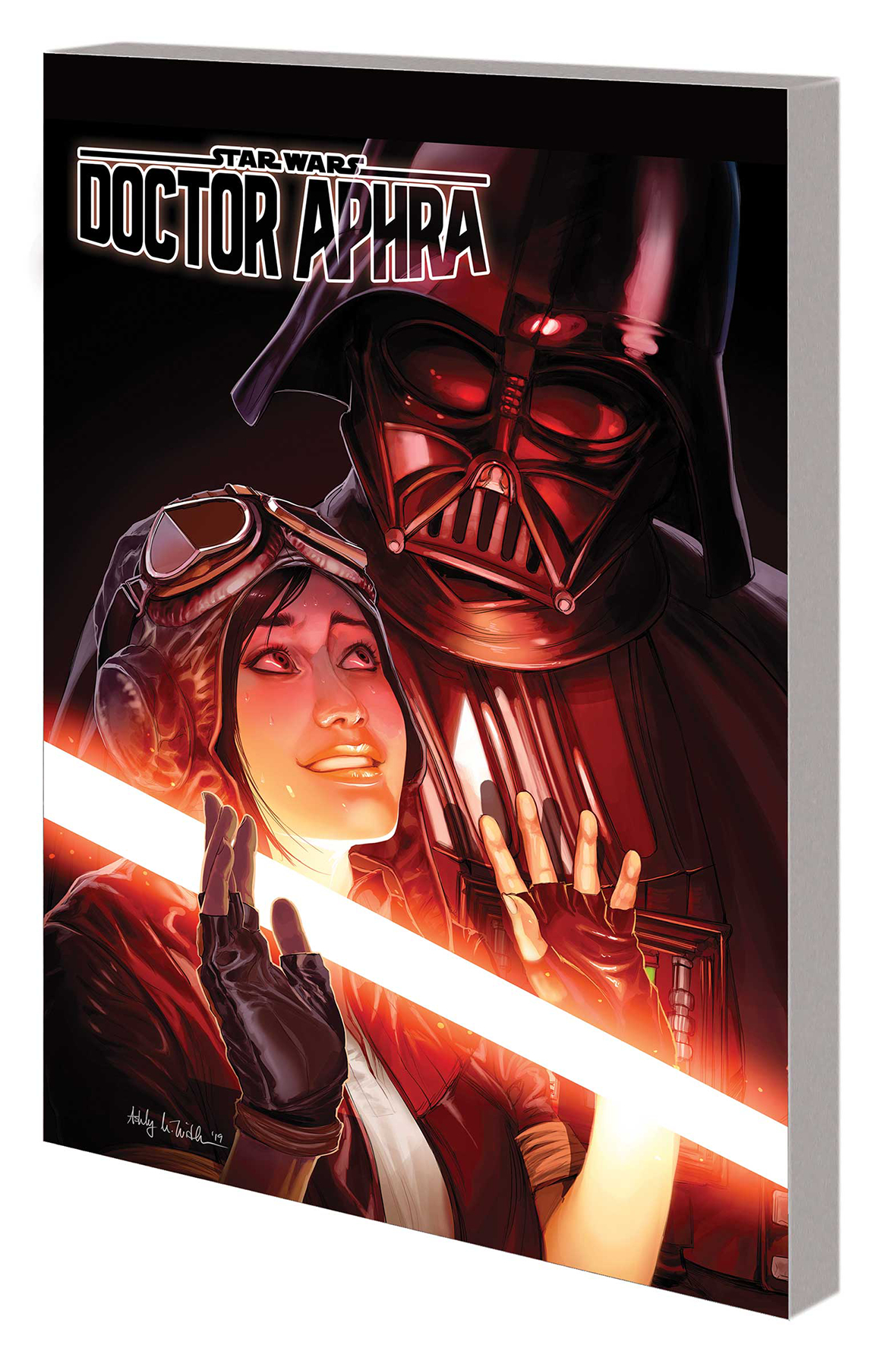 (W) Simon Spurrier (A) Caspar Wijngaard, Elsa Charretier (CA) Ashley Witter
Right back where she started! After all she’s been through, professional disaster zone Doctor Aphra has found herself once again working for Darth Vader. What insidious use has the dark lord found for Aphra to make him spare the life of his most annoying foe? And how much time does she have to slither out of harm’s way before he decides to finish what he started all those years ago? Plus: Aphra is about to face reunions with her father and her former flame, Captain Magna Tolvan! And a trip to that wretched hive of scum and villainy, Mos Eisley, awaits! But all good things must end – and when Vader stalks Aphra through the shadows of an ancient temple, only one of them will be leaving in one piece. Collecting STAR WARS: DOCTOR APHRA #37-40 and STAR WARS: DOCTOR APHRA ANNUAL #3.
Rated T
$17.99

Padmé Amidala joins Jar Jar Binks on a quest to recover a legendary Gungan artifact, but this one is going to be very messy! Then, legendary General Obi-Wan Kenobi undertakes a daring operation for the Republic Army during the Clone Wars, guest starring Captain Rex! And, Jedi Knight Anakin Skywalker and Jedi Master Yoda embark on an urgent mission, where Anakin’s rebellious nature could spell trouble for the Republic. Collects issues #18-20 of the Star Wars Adventures series.