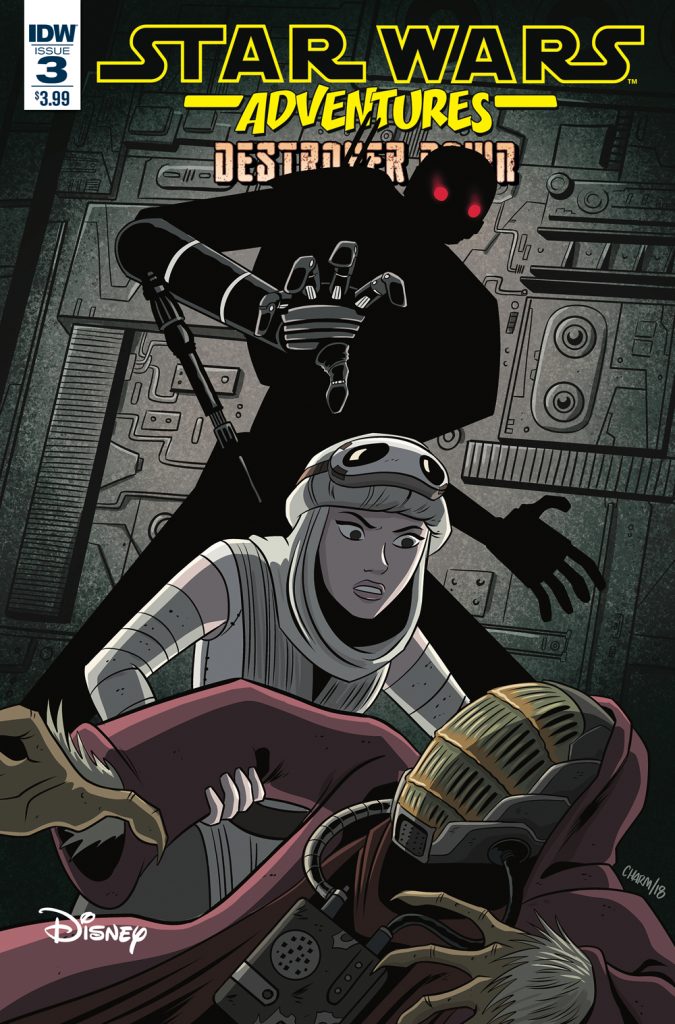 Swallowed by the shifting sands of Jakku, the Imperial Star Destroyer Spectral has been lost for two decades, giving rise to rumors of hauntings and buried treasure. But an epic sandstorm has revealed the ruins of the starship, and renowned scavenger Rey now leads the race to claim whatever lies within!

Three-issue miniseries set during the days before The Force Awakens!
Includes a backup story depicting the Battle of Jakku, revealing how the Star Destroyer Spectral met its fate during the last days of the Empire!

THE MOST FEARED BOUNTY HUNTER IN THE GALAXY!
•  JANGO FETT’S reputation precedes him as joins a crew for what seems like a simple job.
•  Wait, is that a KID with him?!
•  Will his fellow bounty hunters be foolish enough to betray Jango and his son, BOBA FETT?
Rated T

“THE ESCAPE” PART THREE!
•  LUKE, LEIA and HAN remain stranded on the isolated moon of Hubin and out of the fight against the Empire.
•   Who says they even WANT to leave?
•  But their hideaway may not be so secret…especially for old foes hot on the rebels’ trail.
Rated T