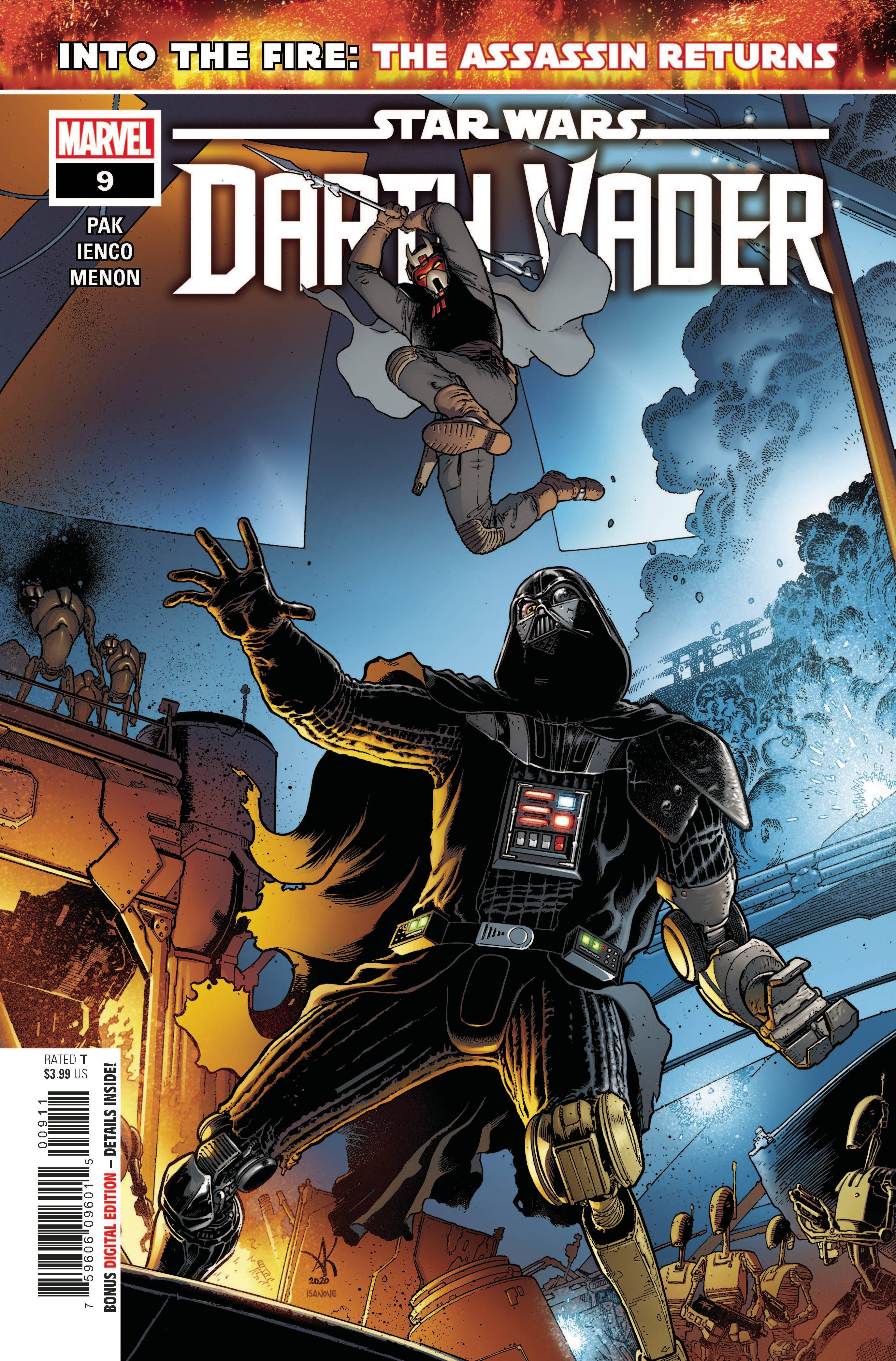 (W) Greg Pak (A) Raffaele Ienco (CA) Aaron Kuder
THE ASSASSIN RETURNS!
•  In his search for vengeance in the depths of MUSTAFAR, DARTH VADER has seized the mysterious key to the EMPEROR’S greatest secret.
•  But the key itself needs a key – which only the deadly assassin OCHI OF BESTOON seems to have. Vader and Ochi are in for the fight of their lives with the fate of the Emperor in the balance – but how much of this is all PALPATINE’S plan?
•  And what happens when the SITH LORD and the SITH ASSASSIN start to figure that plan out?