THE “TERMINUS GAUNTLET” CONTINUES!
•  Trapped on a REBEL transport under attack by pirates, VALANCE must make a desperate gambit to survive.
•  But little does the cyborg bounty hunter know he’s on a collision course with his old rival, DENGAR!
•  Plus, a familiar face makes a shocking return with a plan that will change the underworld forever. 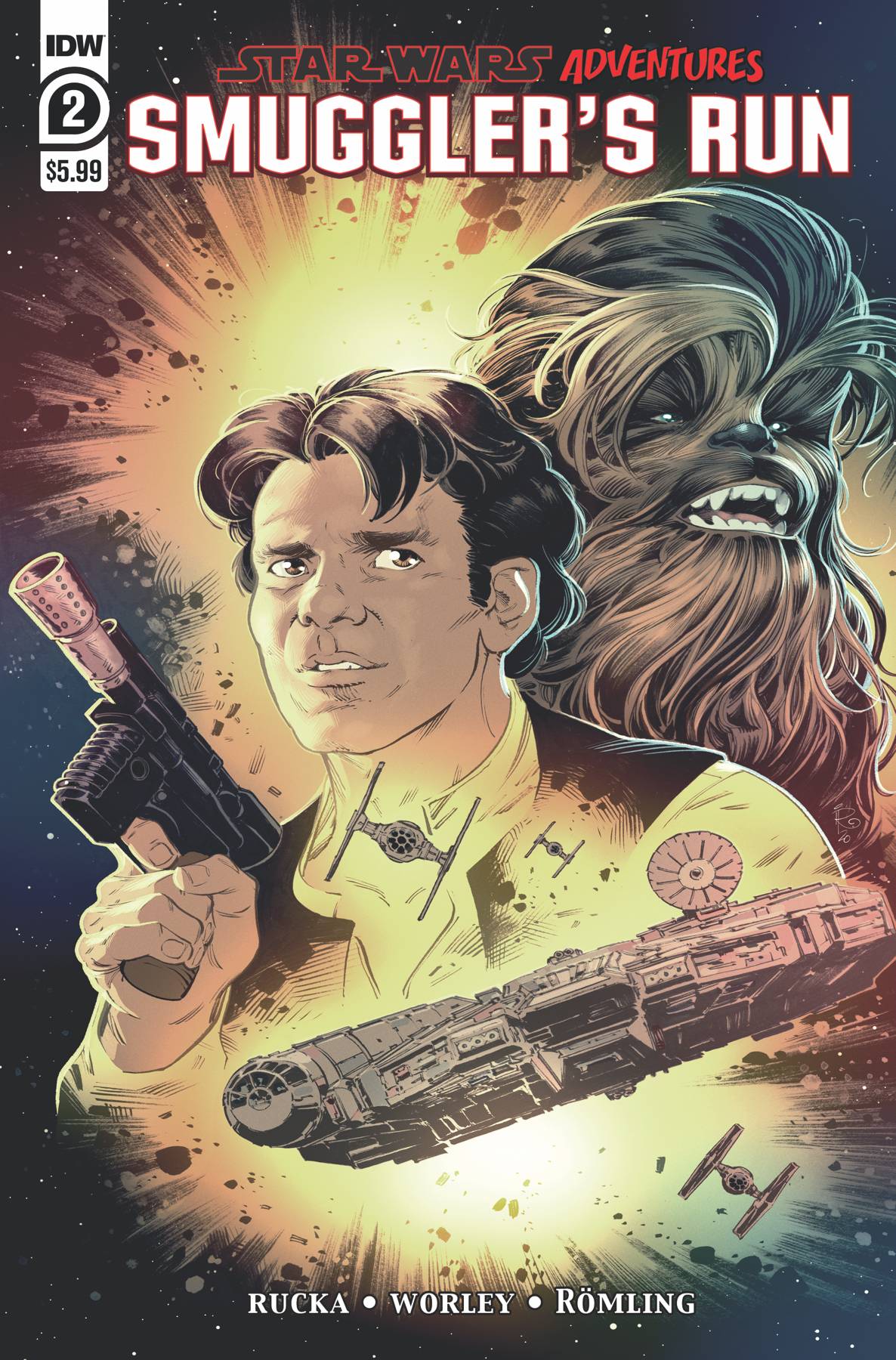 (W) Greg Rucka, Alec Worley (A/CA) Ingo Romling
After the Battle of Yavin, Han Solo and Chewbacca intend to use their reward to settle their debts. But Princess Leia asks them to accept a secret mission for the Resistance. Mortal dangers, traitorous enemies, and thorny situations mark the path of these two heroes of the Star Wars saga.
$5.99 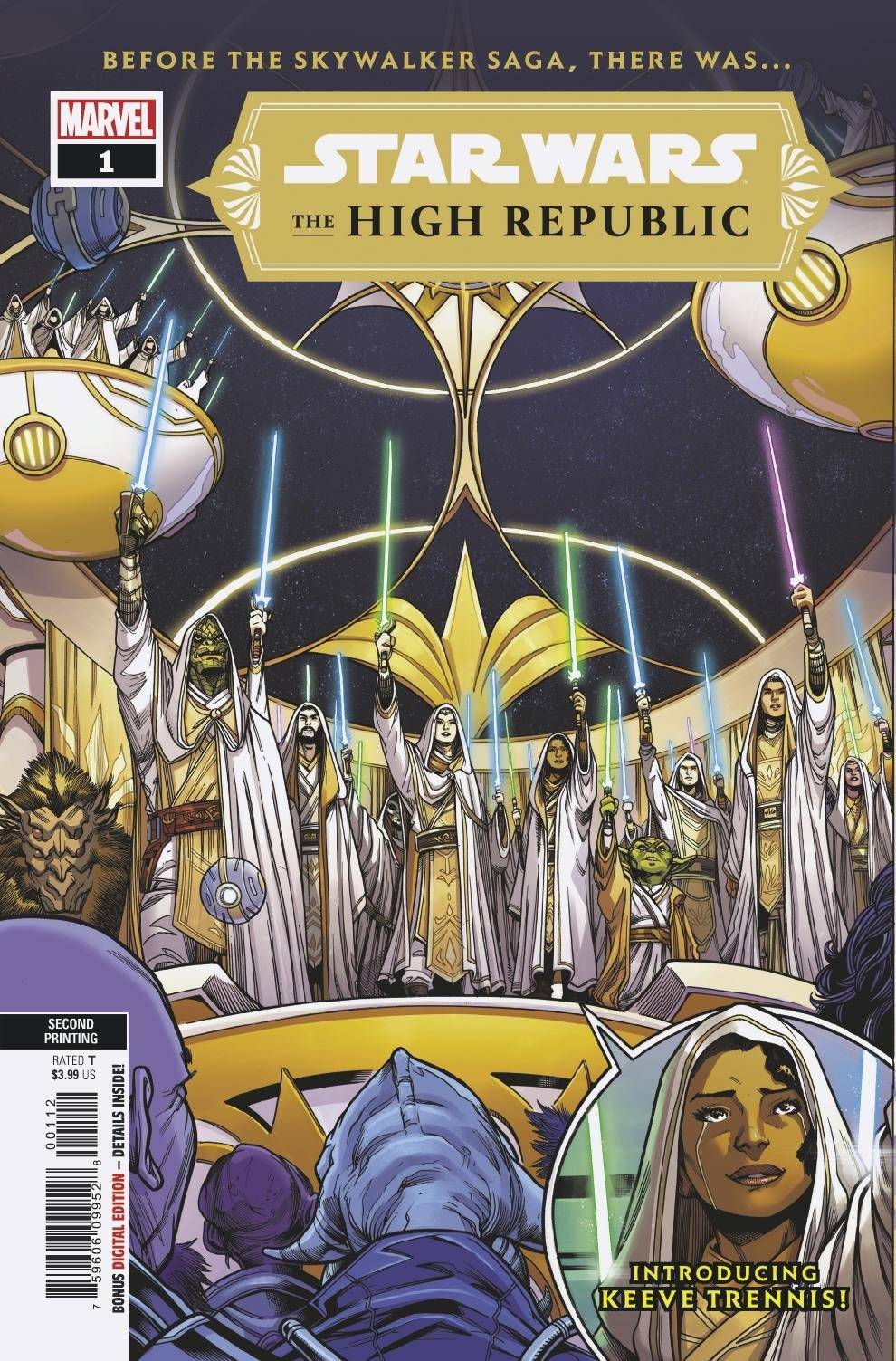 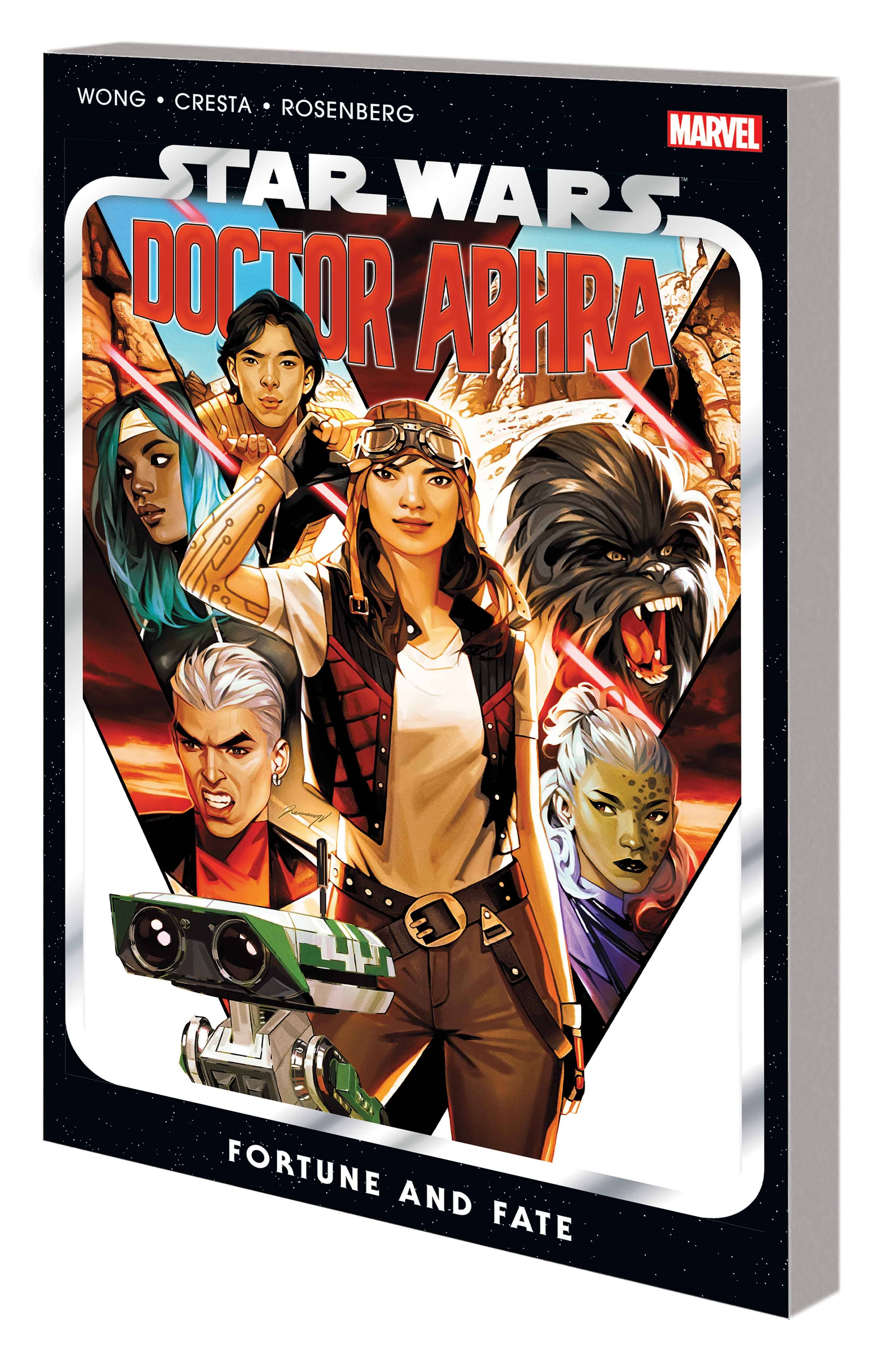 (W) Alyssa Wong (A) Cresta, Marika (CA) Valentina Remenar
The rogue archaeologist returns with a new crew and a new mission! With the Rebel Alliance on the run after their defeat at the Battle of Hoth, it’s never been a more dangerous time for outlaws and scoundrels. But after a string of bad luck and near escapes, Doctor Aphra is back on the job – hunting the score of a lifetime that’s too good to pass up. To find the cursed Rings of Vaale, Aphra will need a crew of treasure hunters the likes of which the galaxy has never seen! But Ronen Tagge, heir to the powerful Tagge family, also has his eyes on the prize. Do Aphra and her team stand a chance at gaining fortune and glory? Or could there be a traitor in their midst? Collecting STAR WARS: DOCTOR APHRA (2020) #1-5.
Rated T
$15.99 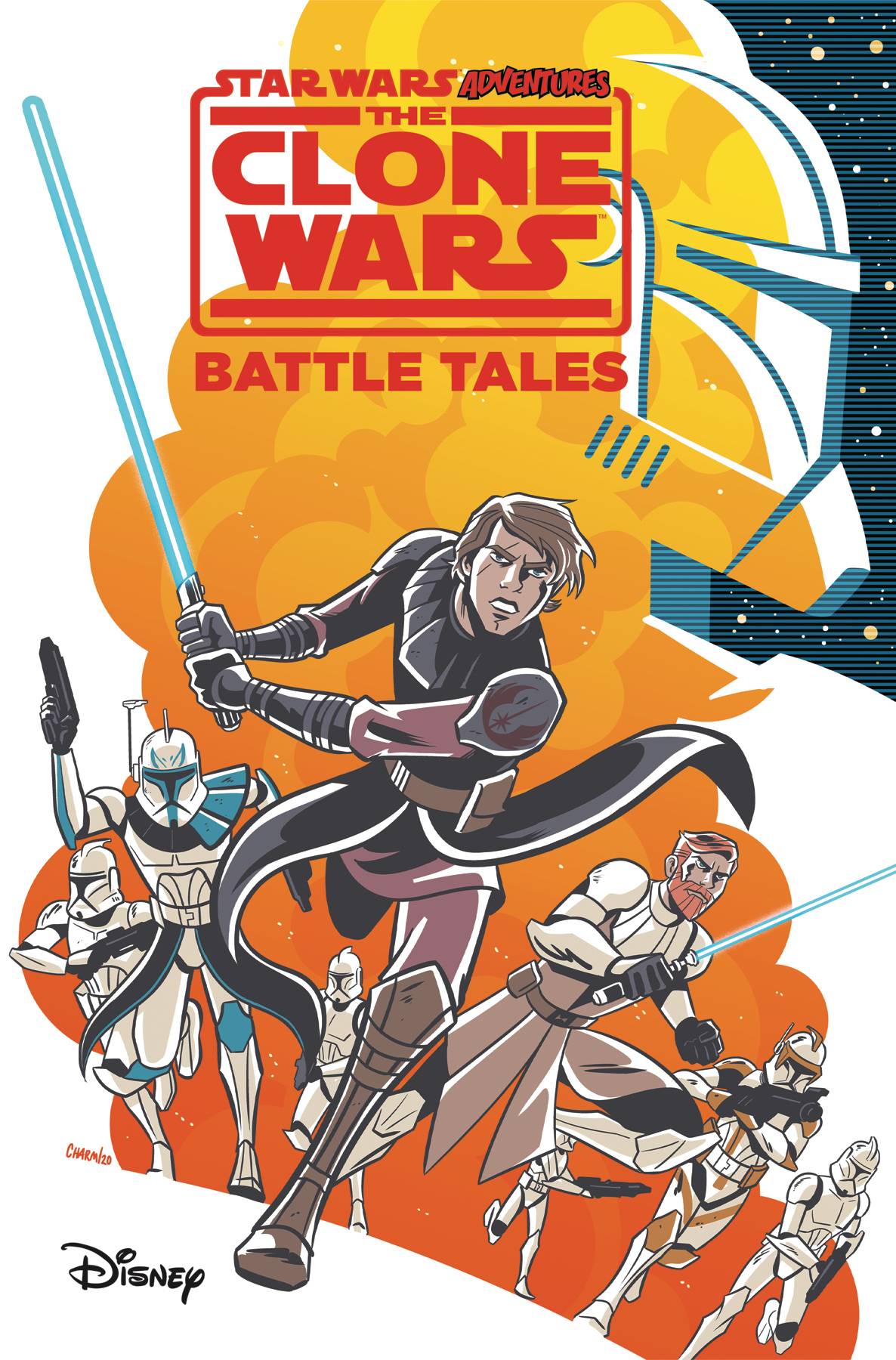 (W) Michael Moreci (A) Arianna Florean, Megan Levens, Valentina Pinto (A/CA) Derek Charm
Return to a time of great upheaval in the galaxy, the final years of the Republic, in this anthology based on the beloved animated series!

While Obi-Wan Kenobi, Anakin Skywalker, and other Jedi Knights fight against incredible odds, two Republic squadrons must hold their position against an encroaching droid army of the Separatists. Pinned down for the duration, Commander Cody, Captain Rex, and other clones swap war stories that feature your favorite characters from The Clone Wars animated series, such as Padmé Amidala, General Grievous, and many more! 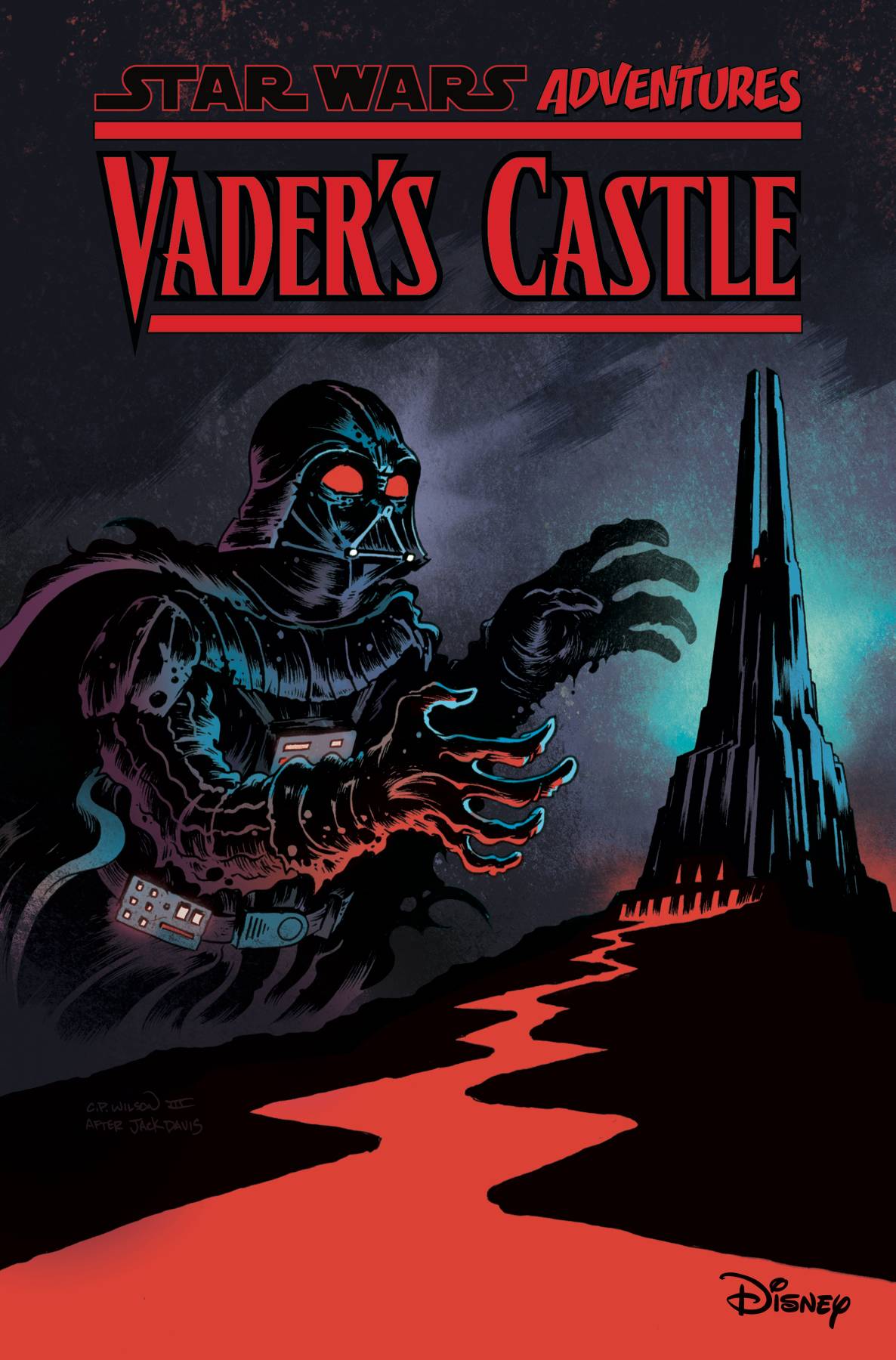 Why would anyone break into the dreaded stronghold of Darth Vader? Find out in this spooky graphic novel perfect for middle-grade readers!

How does a band of rebels distract themselves when sneaking into the creepiest place in the galaxy? Tell scary stories of course! Your favorite characters, like Obi-Wan, Han and Chewie, Hera Syndulla, and the Ewoks, face classic creeps like ghosts, monsters, witches, and more. But the hidden corners of the Star Wars universe hold even more terrifying tales: stories featuring a wretched hive of scum and villainy including the likes of Darth Maul, Jabba the Hutt, Grand Moff Tarkin, and Asajj Ventress-all under the shadow of Vader himself! 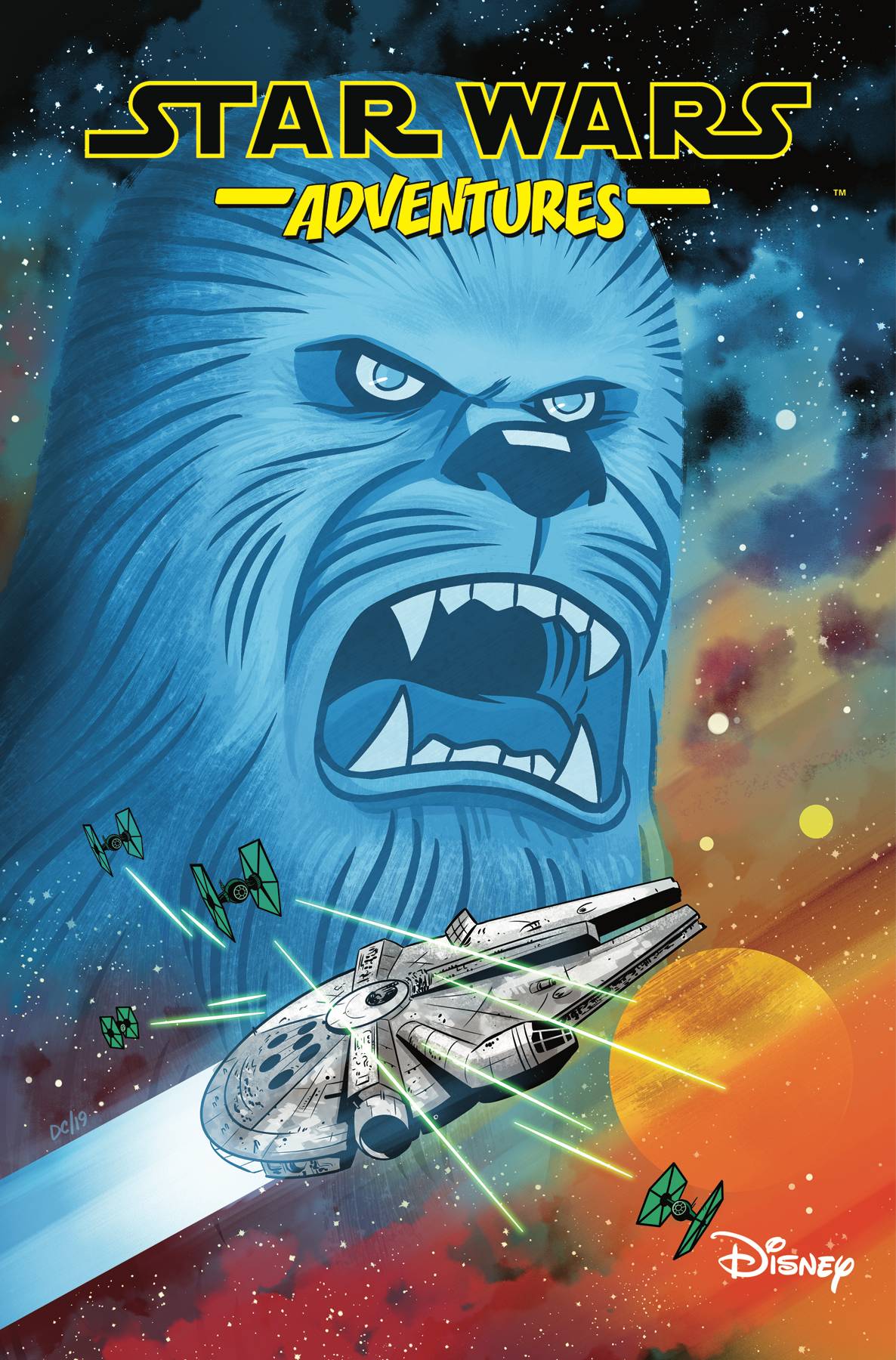 (W) John Barber, Michael Moreci (A) Tony Fleecs (A/CA) Derek Charm
Journey deeper into the world of Star Wars with these stories set just before the events of The Rise of Skywalker!

With Kashyyk under siege from the evil First Order, can Chewbacca and the Wookiees successfully defend their home world? Next, the droids must carry out a special undercover mission, but will C-3PO be able to adapt when the mission parameters change? Then, discover secrets of your favorite characters in a trio of stories spotlighting the newest heroes and villains of the Star Wars universe, Rey, Finn, and Kylo Ren! All this, plus new “Tales from Wild Space”! Collections issues #27-32 of the comic series.

Experience selections of the art from Chapters 5-8 of Star Wars: The Mandalorian! Includes art as seen in the Disney+ series directed by Dave Filoni and John Favreau, starring Pedro Pascal, as illustrated by some of Lucasfilm’s finest artists.