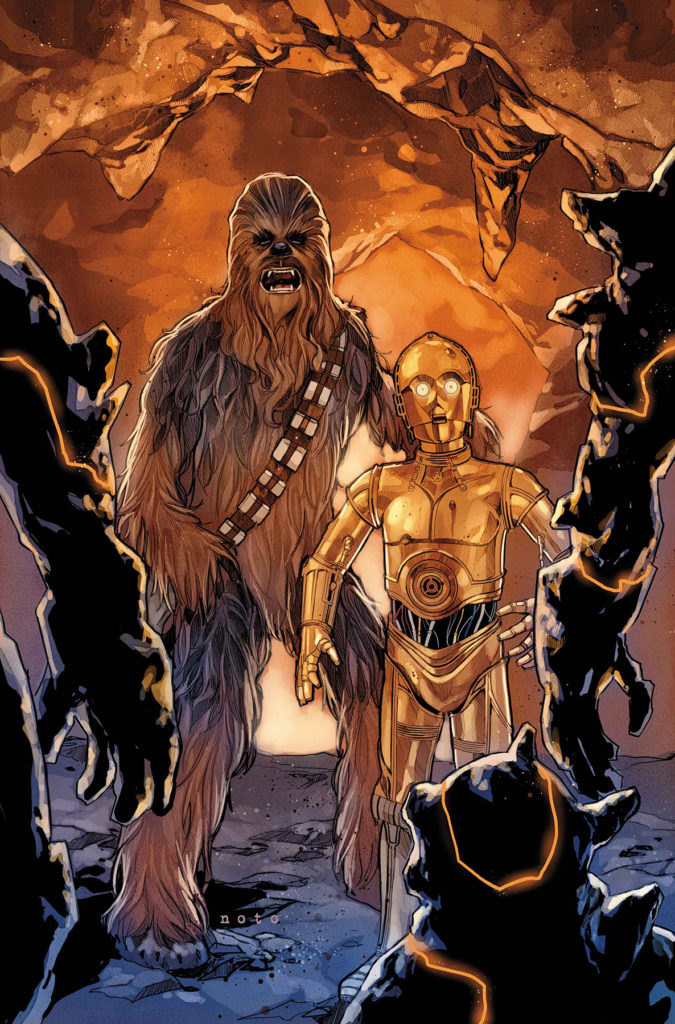 (W) Greg Pak (A/CA) Phil Noto
REBELS AND ROGUES! “The evil lord Darth Vader, obsessed with finding young Skywalker, has dispatched thousands of remote probes into the far reaches of space…”  That’s right – you remember the opening titles of The Empire Strikes Back. Now find out what happened just before, as Luke and his friends launch a desperate, three-pronged mission of deception to keep the Empire from finding their new rebel base in a brand-new epic from the new ongoing team of Greg “PLANET HULK” Pak and Phil “POE DAMERON” Noto! Featuring Han and Leia undercover in a noir world of romance and danger! Luke and R2 facing off against the Executor in a single X-Wing! And Chewie and Threepio, the greatest team-up you never knew you always needed!
Rated T
$3.99 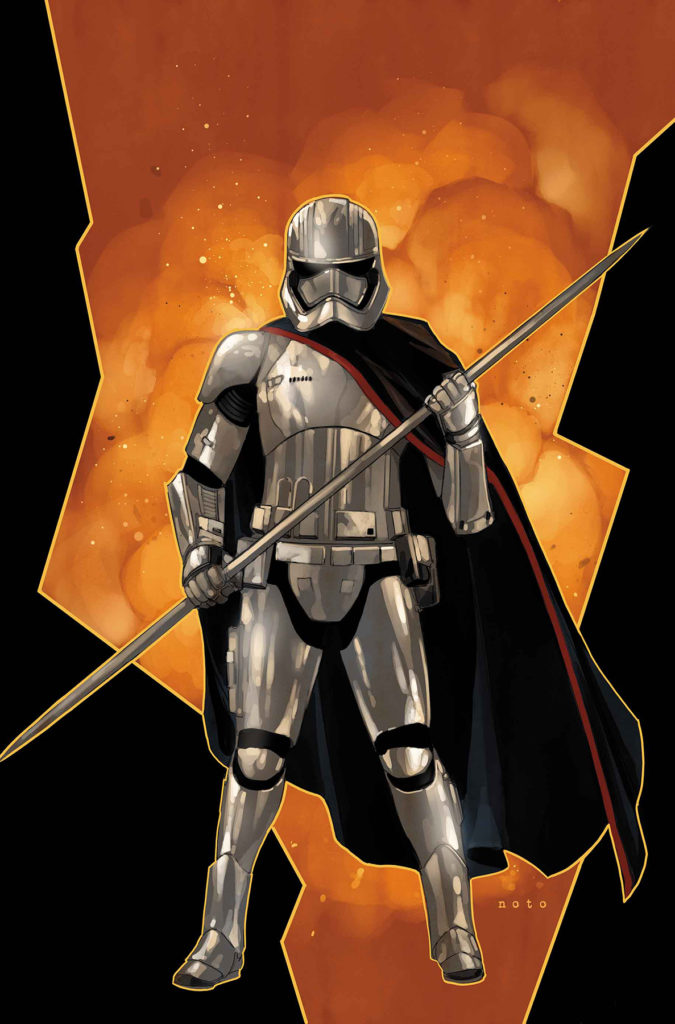 (W) Tom Taylor (A) Leonard Kirk (CA) Phil Noto
ANOTHER GUN! STORMTROOPERS don’t get a name. They are simply a tool of the EMPIRE. But PHASMA has a name, and one young soldier wants what she has. One stormtrooper has ambition. And this ambition is on a collision course with CAPTAIN PHASMA.
Rated T
$3.99