“UNSPEAKABLE REBEL SUPERWEAPON” CONTINUES! Hiding out on the world where she grew up, everyone’s favorite scoundreless, DOCTOR APHRA, takes a trip down memory. NB: Turns out memory lane is a hellhole covered in the agonizing thermal landmines of emotional honesty and family dysfunction. NB (2): Also bounty hunters. Lots and lots of bounty hunters.
Rated T 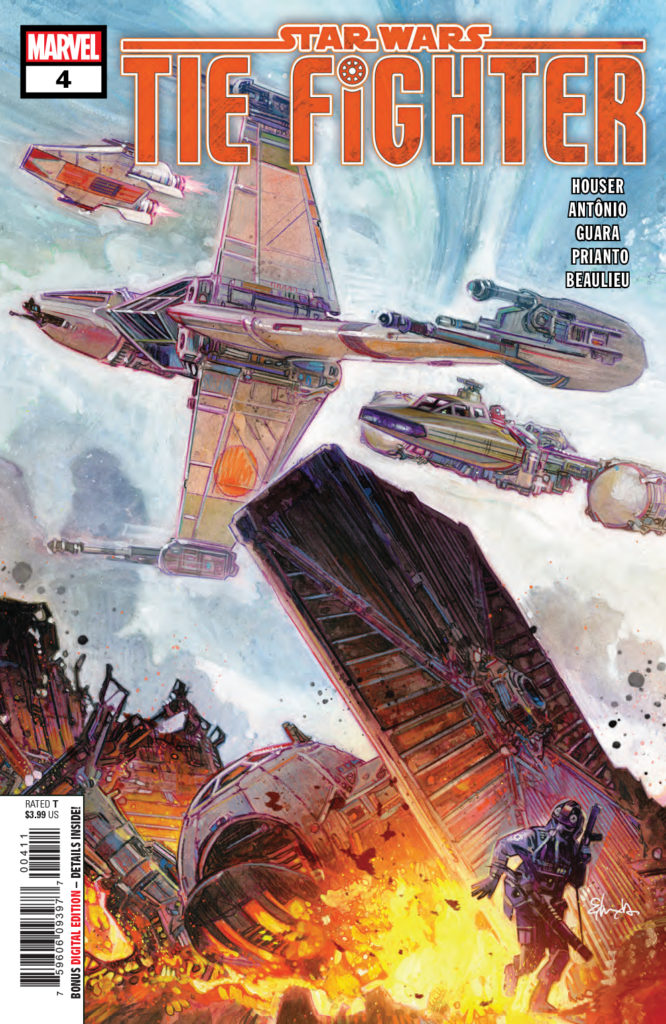 (W) Jody Houser (A) Roge Antonia, Ig Guara (CA) Tommy Lee Edwards
A NEW MISSION! A betrayal from one of their own! Is the squadron even ready to fly again after so many losses? And who are these new pilots who think they’re good enough to join the ranks of SHADOW WING?
Rated T
$3.99