Join Lando Calrissian and Chewbacca aboard the Millennium Falcon for another rollicking mission on behalf of the Rebel Alliance!

A LITTLE REBELLION! Before he was a rebel hero, FINN had another calling. He was… a janitor. But how could this lead FN-2187 to question everything? How much action can someone see mopping floors and dealing with a pest problem? It turns out, a whole lot.
Rated T 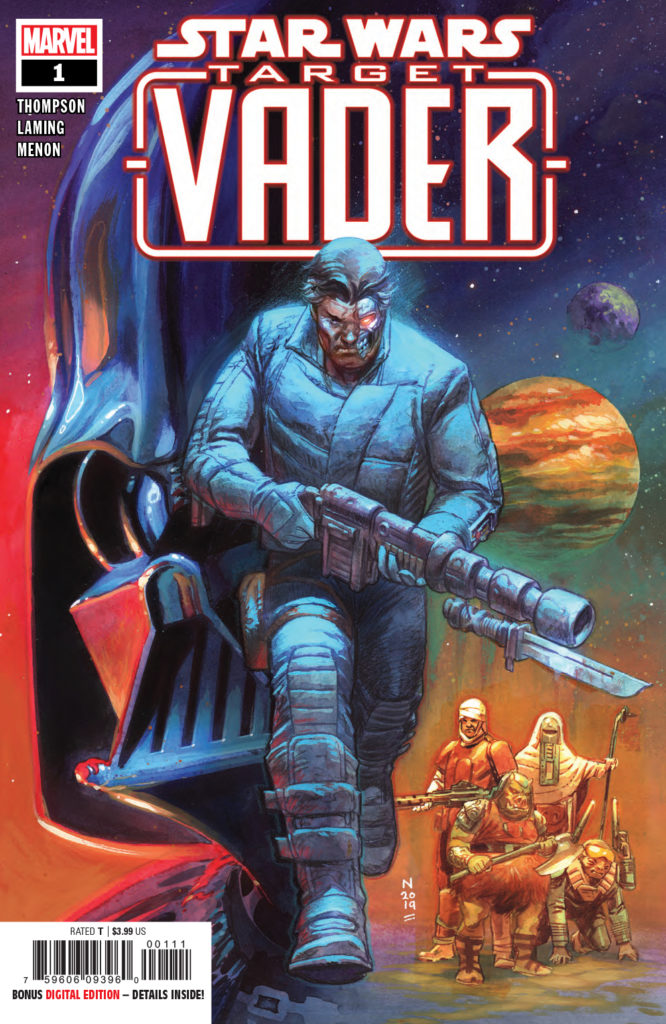 (W) Robbie Thompson (A) Marc Laming (CA) Nic Klein
THE HUNTER! DARTH VADER is on the hunt for a mysterious criminal syndicate operating outside of THE EMPIRE’s rule. But little does he know he’s being hunted by a group of the galaxy’s deadliest bounty hunters, hired by the syndicate to take out Vader once and for all. Led by fallen Imperial Officer BEILERT VALANCE, this ragtag group of assassins will stop at nothing to kill the biggest bounty of their lives.
Rated T
$3.99 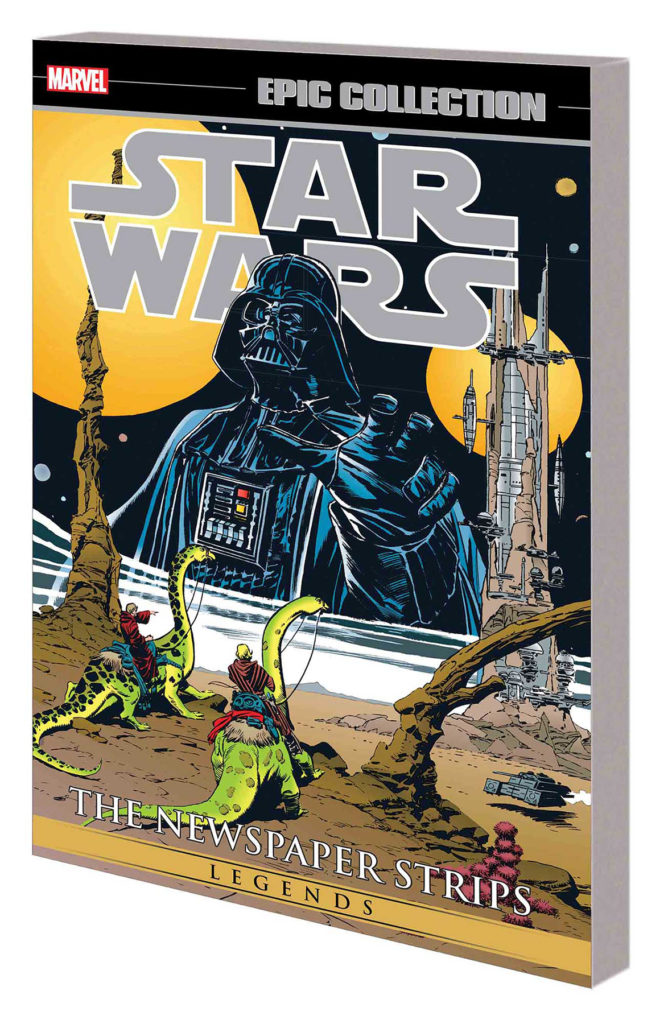 More classic tales of Star Wars torn from the newspapers of a long time ago! Luke Skywalker, Princess Leia, Han Solo, Chewbacca, C-3PO and R2-D2 continue to take the fight to the Empire, but it’s a dangerous galaxy out there! As Luke is enslaved by the Serpent Masters, Doctor Arakkus prepares a death trap – and the rebels’ base is besieged! There are dangers in the depths of Aquaris and an ancient threat lurking in the heart of Yavin’s moon! But who is that claiming to be Ben Kenobi?! As the Rebel Alliance prepares to relocate to the ice planet Hoth, Luke gears up for a climactic showdown with Darth Vader – and Han Solo faces a rogues’ gallery of bounty hunters including the mysterious Boba Fett! Collecting CLASSIC STAR WARS #5-20 and material from #4.
Rated T