YOUR HUMBLE SERVANT VADER!
•  DARTH VADER may be the most feared man in the galaxy. But to the proud Grand Moffs of THE EMPIRE, he’s just the Emperor’s apprentice – below them in the hierarchy.
•  But what fury burns in the heart of a SITH with such overwhelming rage when a mere Moff dares command him?
•  And at what point does Darth Vader show them his true power?
Rated T

THE JEDHA CONNECTION!
•  During the height of the EMPIRE, DOK-ONDAR hired an unlikely team to pull off an impossible score – to steal a relic out of the occupied HOLY CITY OF JEDHA.
•  With FIRST ORDER troops now blanketing the BLACK SPIRE OUTPOST on BATUU, history may finally be catching up to the notorious procurer of the unprocurable.
•  Guest starring fan favorite Outer Rim pirate HONDO OHNAKA!
•  Based on Star Wars: Galaxy’s Edge, the new themed land coming this year to Disney Land and Walt Disney World.
Rated T 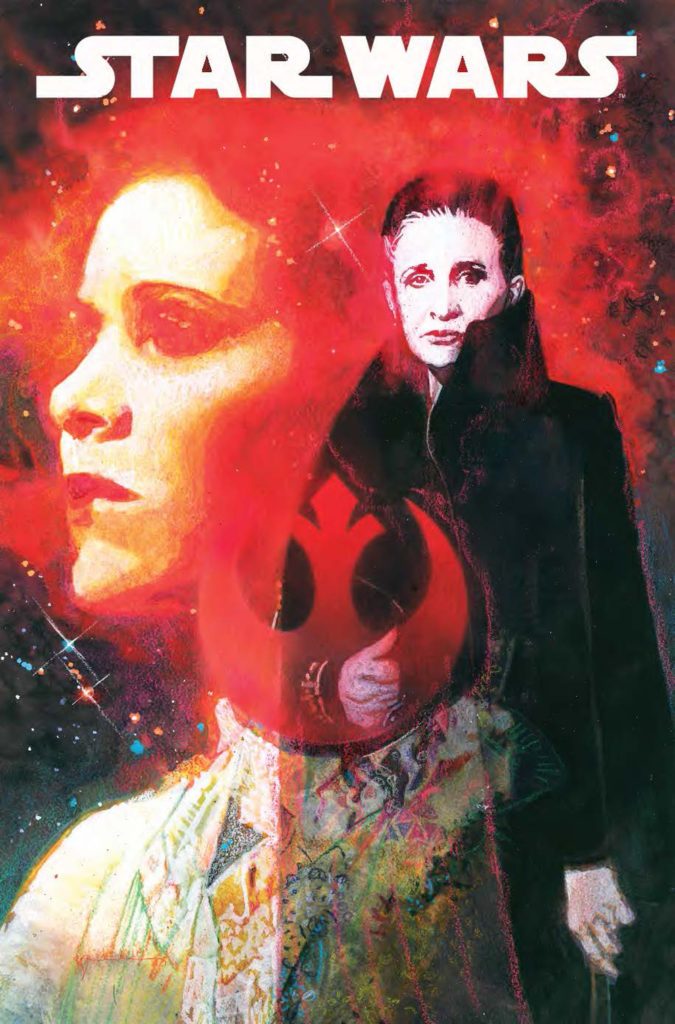 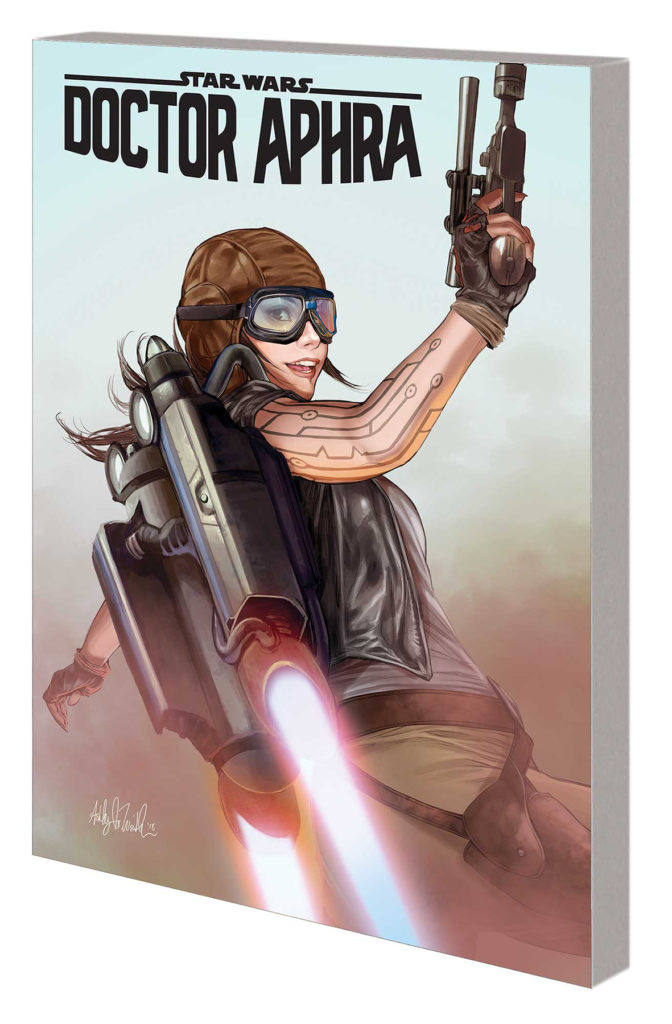 Doctor Aphra – worst among equals! On the run from the law in a massive alien metropolis, Aphra has ten hours to cross the hostile megacity before the bomb implanted in her throat explodes. And don’t forget the pack of bounty hunters and crazed cops that are on her tail. No big deal, right? But there’s one more wrinkle: Aphra can’t stray more than a few paces from her companion without activating the bomb’s proximity alert and blowing both of them up. And that companion is Triple-Zero – a sadistic, murderous droid who’s more interested in Aphra’s death than in playing nice! With undead hunters, monster trappers and the foulest divisions of the Imperial war machine between Aphra and salvation, is this the end for the galaxy’s foremost amoral archaeologist? Collecting STAR WARS: DOCTOR APHRA 26-31, STAR WARS: DOCTOR APHRA ANNUAL 2.
Rated T