Explore the galaxy in light of events depicted in The Rise of Skywalker! In this issue, the spotlight falls on Rey!

Includes a special installment of Tales from Wildspace, where the crew of the Star Herald swing into action themselves!

CATASTROPHE IN THE CLOUDS!
•  LUKE SKYWALKER, LANDO CALRISSIAN and LEIA ORGANA have returned to CLOUD CITY! They each left things on BESPIN they desperately need – a weapon, a friend, and crucial information.
•  But the city is swarming with IMPERIALS, under occupation by an EMPIRE desperate to steal its resources.
•  Things did not go well for the trio the last time they visited this place. This time… might be even worse.
Rated T 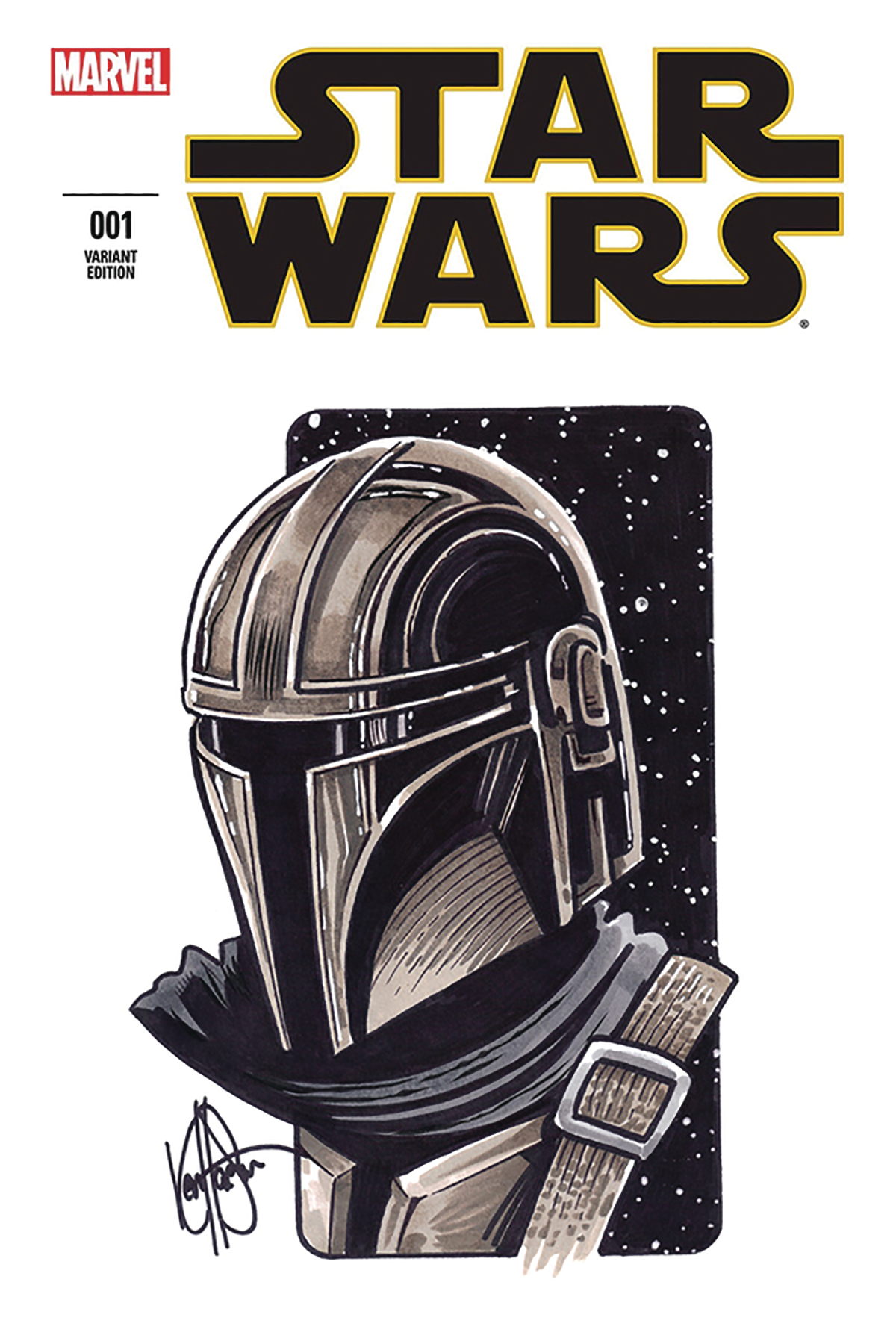 “No…I am your father.” In the wake of the events following The Empire Strikes Back, it is a dark time for the heroes of the Rebellion. The Rebel fleet…scattered following a disastrous defeat at the Battle of Hoth. Han Solo…lost to the bounty hunter, Boba Fett, after being frozen in carbonite. And after being lured into a trap on Cloud City and bested in a vicious lightsaber duel against the evil Darth Vader, Luke Skywalker…learned the horrible truth about his past. Vader did not kill Luke’s father Anakin–Vader is Luke’s father! Now, after narrowly escaping the dark lord’s clutches, and wounded and reeling from the revelation, Luke, Princess Leia, Lando Calrissian, the Wookiee Chewbacca and the droids C-3PO and R2-D2 must fight their way back to the Rebel Alliance-for the fate of the entire galaxy is at stake! After so many losses is victory still possible?  But, what Leia, Luke and their ragtag band of freedom fighters do not realize is that they have only traded one Imperial trap for another! Enter the cunning and vengeful Imperial Commander Zahra, at the helm of the Tarkin’s Will! Writer Charles Soule (DARTH VADER) and artist Jesus Saiz (DOCTOR STRANGE) are taking us all to the galaxy far, far away next year! With covers by RB Silva (POWERS OF X)! THE GREATEST SPACE ADVENTURE OF ALL TIME BEGINS THIS JANUARY! FINAL COVER MAY VARY. ALLOCATIONS MAY OCCUR. 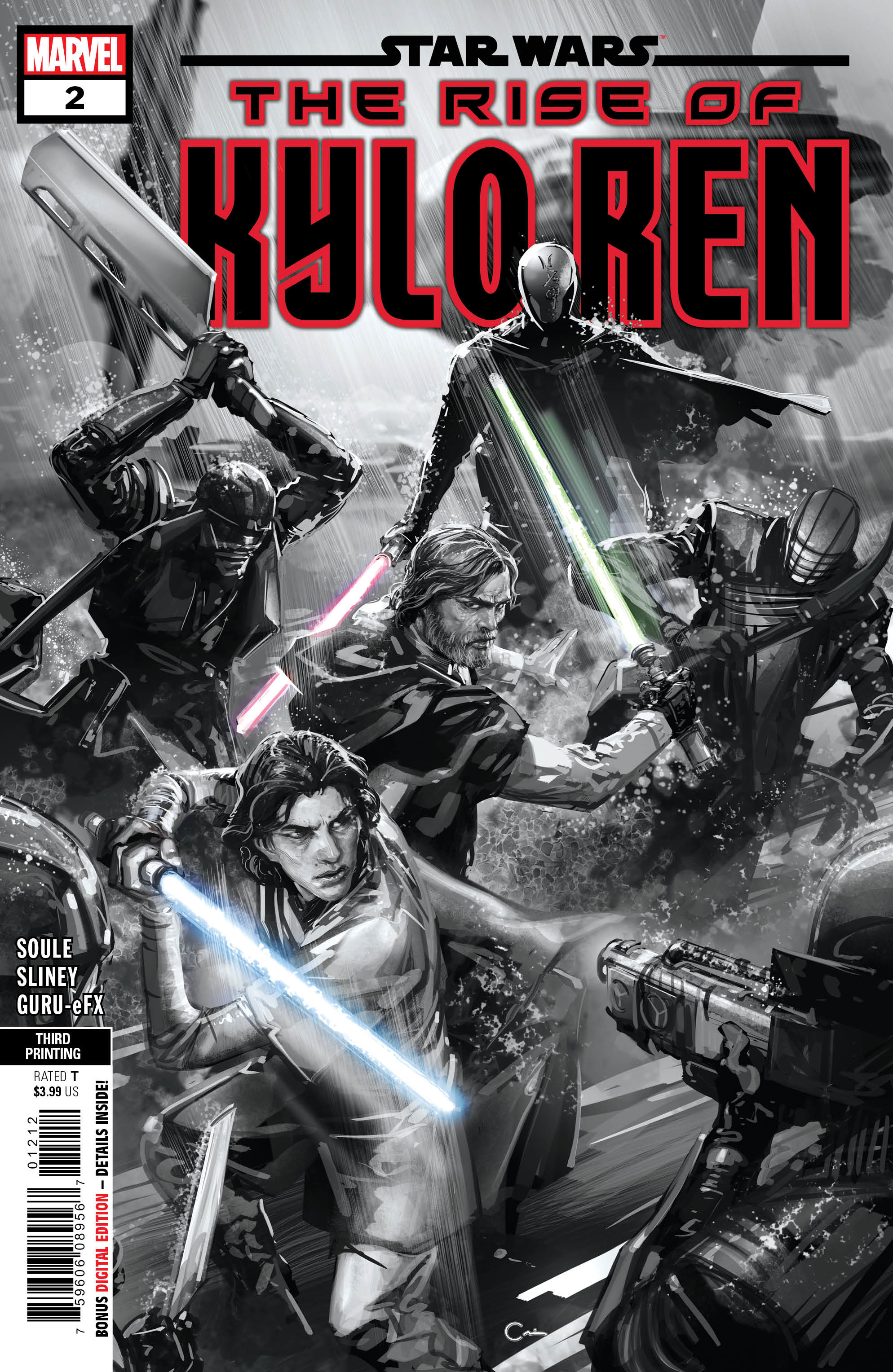 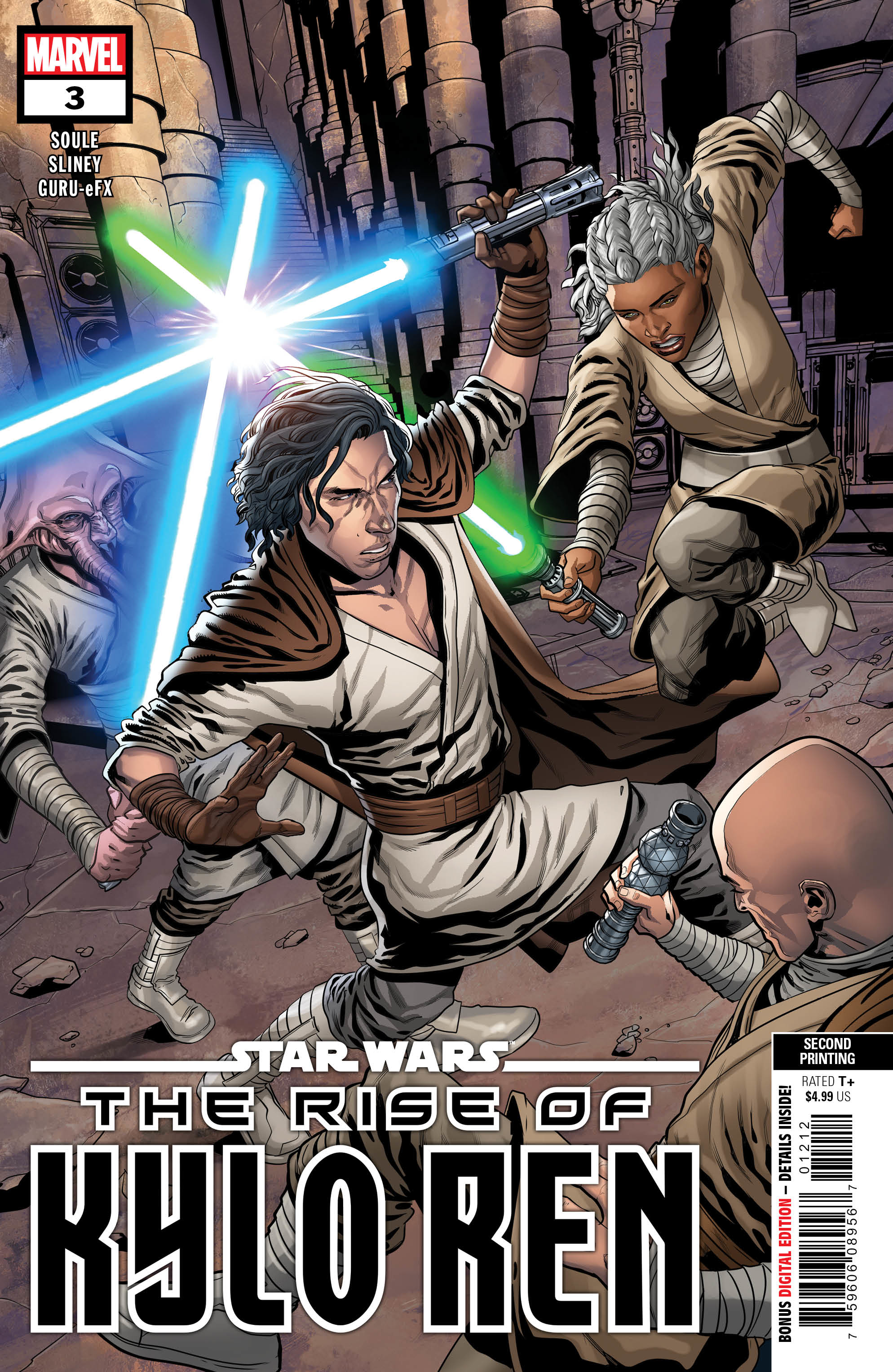 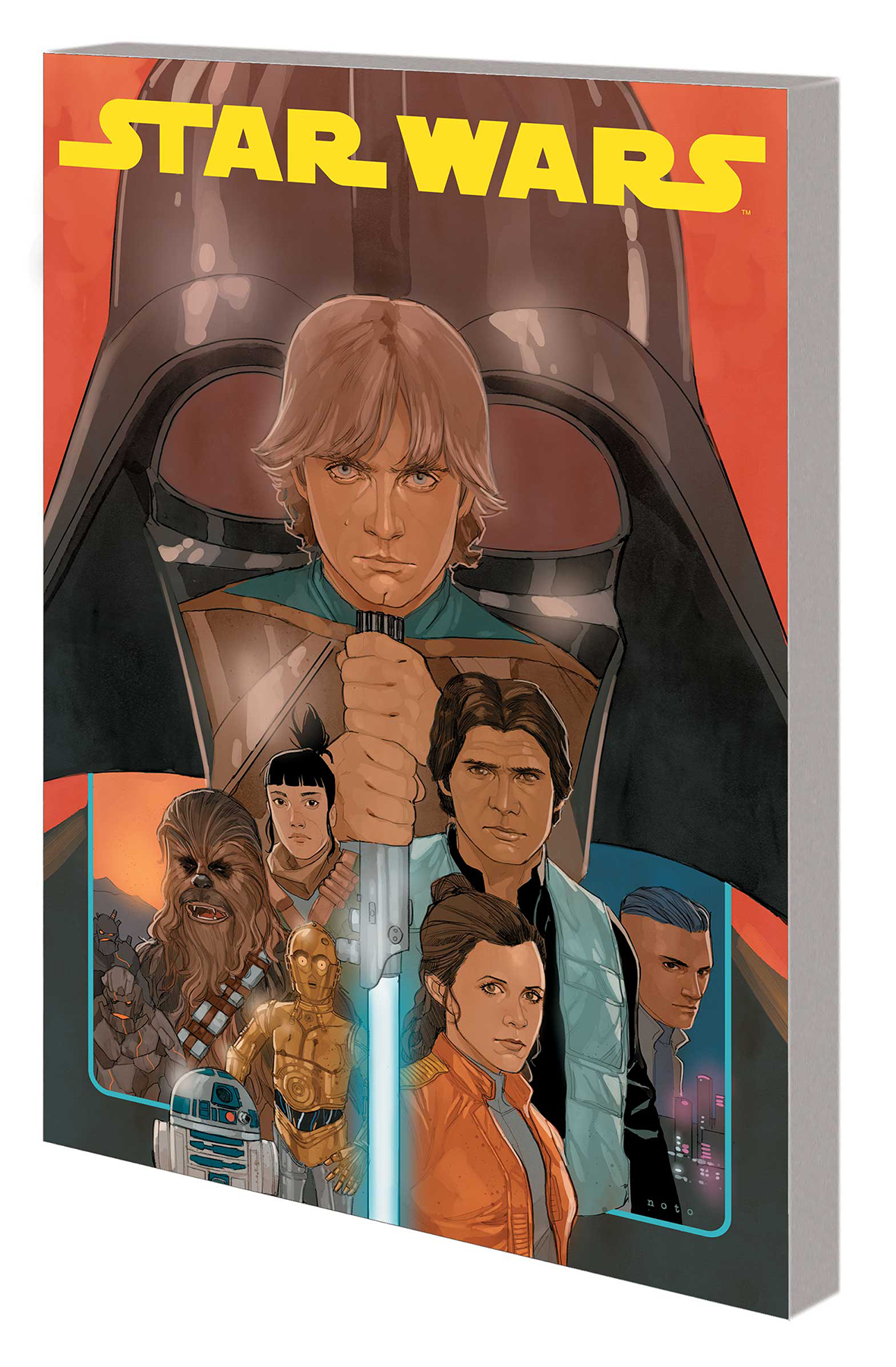 (W) Greg Pak, More (A) More (A/CA) Phil Noto
It’s the end of the era of hope! Rebels and rogues take center stage as this volume of Marvel’s STAR WARS comes to a close! Who exactly is Dar Champion, and how far can Leia trust him when Han’s life is on the line? What shocking lesson will Luke learn when Warba finally reveals her true self? When faced with his lost past, can C-3PO seize control of his destiny – and be the hero of his own story? And Chewbacca takes on Darth Vader in vicious hand-to-hand combat! Meanwhile, the Rebellion’s search for a new home – a base safe from the reach of the Empire – leads them to the planet Hoth! Doctor Aphra and Beilert Valance lend a hand as the Rebellion’s fate is set…and the Empire ascends! Collecting STAR WARS (2015) #73-75 and STAR WARS: EMPIRE ASCENDANT.
Rated T
$17.99

GO BEHIND-THE SCENES OF THE LATEST STAR WARS FILM INSTALLMENT THE RISE OF SKYWALKER!
Featuring:
-Interviews with screenwriter Chris Terrio and producer Michelle Rejwan about crafting the movie’s story.
-A rare behind the scenes look inside the Lucasfilm Archive
-Discussions with makeup and creature effects legend Stuart Freeborn
-Actor Andy Secombe reveals what it was like to play Toydarian trader Watto in the prequel trilogy.