The Flight of the Falcon ends here! We’ve followed Bazine Netal’s quest for the legendary starship the Millennium Falcon, but here’s one final tale yet to be told, featuring famous pirate captain, Hondo Ohnaka! 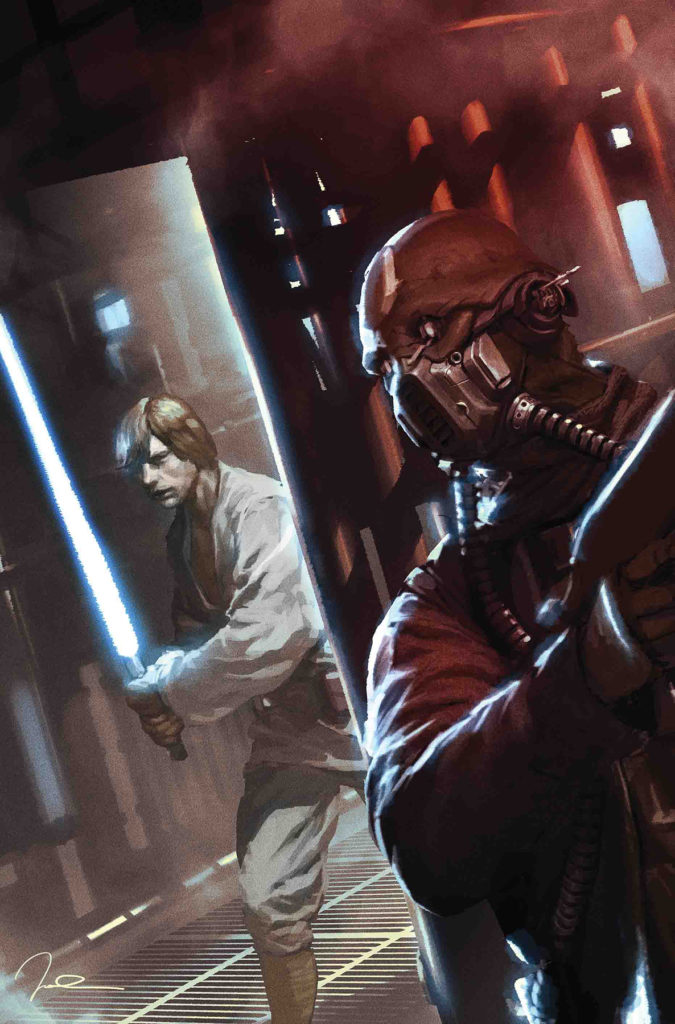 (W) Kieron Gillen (A) Angel Unzueta (CA) Gerald Parel
“THE SCOURGING OF SHU-TORUN” PART 4
•  Her planet under threat, a heroic princess battles to save it!
•  Not Leia – it’s QUEEN TRIOS OF SHU-TORUN, ally to Darth Vader and the Empire!
•  PRINCESS LEIA’S plan begins to unfold. But some members of her strike team have schemes of their own. When will Leia realize just what she’s set in motion?!
Rated T
$3.99

THE SCOUNDREL’S CODE!
•  After helping destroy the DEATH STAR, HAN SOLO’s ready to cash in his reward and return to life as a scoundrel.
•  But when LUKE SKYWALKER asks for one last favor, Han gets pulled into a rebel mission that might wreck all of his plans.
•  Co-starring CHEWBACCA and introducing AKKO, an old friend who might actually out-scoundrel Han himself!
Rated T

STAR WARS CELEBRATION SPECIAL!
Our countdown hits Episode 4: A New Hope!
Explore the real-world places behind the hot wastes and wretched hives of Tatooine!
Step back into 1978, as we look at the first wave of Kenner Star Wars toys!
Greg Hildebrandt discusses his iconic art!