PRELUDE TO WAR OF THE BOUNTY HUNTERS: “THE HUNT FOR HAN”
•  CHEWBACCA has heard from an old friend with intelligence on the location of notorious bounty hunter BOBA FETT, known to be in possession of HAN SOLO.
•  Along with LUKE SKYWALKER, the loyal Wookiee sets off in search of his lost friend, on an adventure to Nar Shadaa… the SMUGGLER’S MOON!
•  But will this mission prevent plucky astromech droid ARTOO DETOO from passing along a crucial message to Luke, one that will affect the fate of the entire Jedi Order…?
Rated T 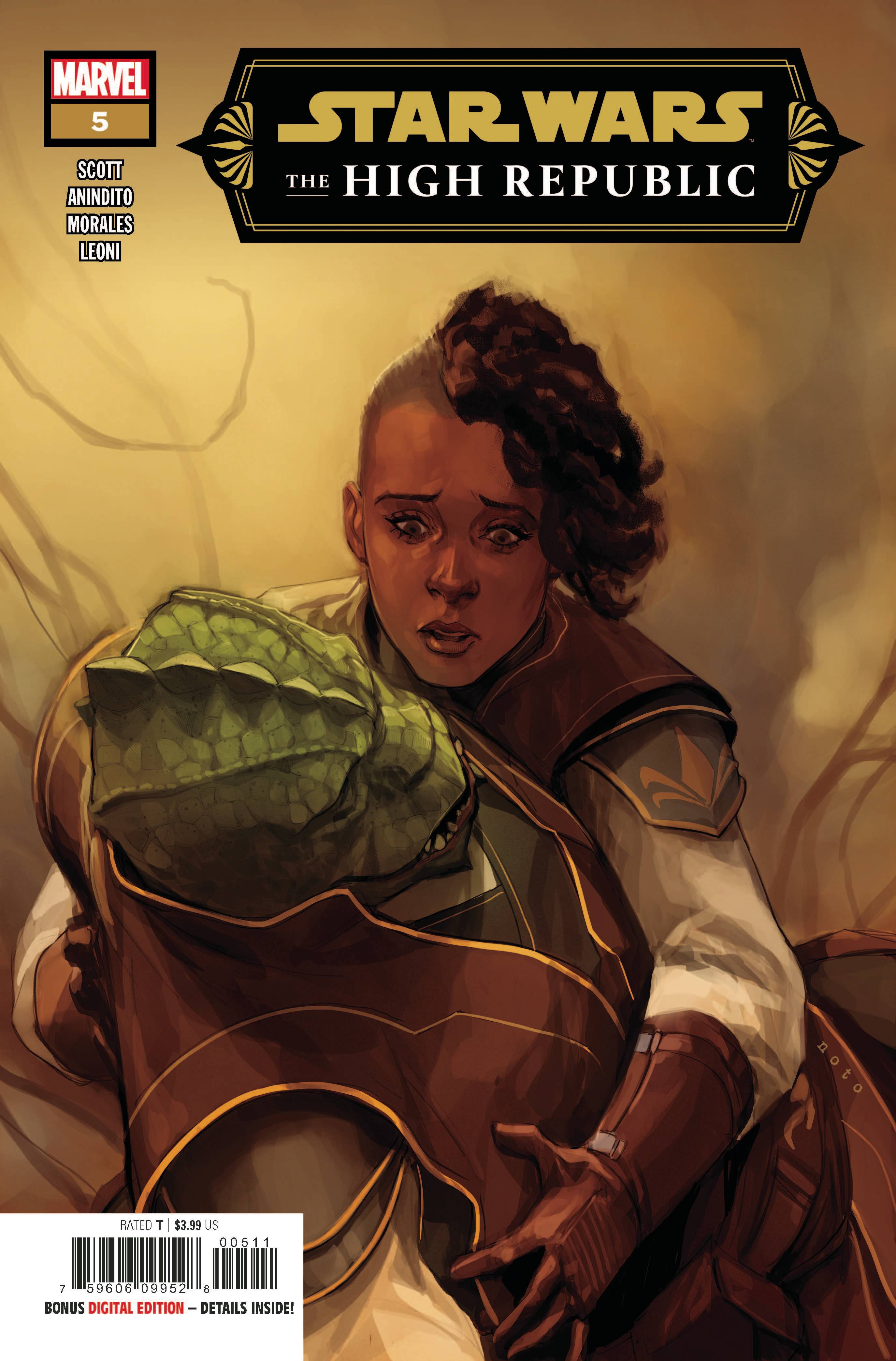 (W) Cavan Scott (A) Ario Anindito (CA) Phil Noto
ATTACK OF THE HUTTS!
•  The HIGH REPUBLIC JEDI clash with HUTT forces. GAMORREANS! NIKTO! BATTLE RANCORS!
•  STARLIGHT BEACON over-run by a creeping alien horror! Can VERNESTRA RWOH and her Padawan IMRI CANTAROS find a way to save Starlight’s infected masses?
•  Plus, KEEVE TRENNIS learns the terrible secret MASTER SSKEER has been carrying for so long. Can she ever trust him again?
Rated T
$3.99