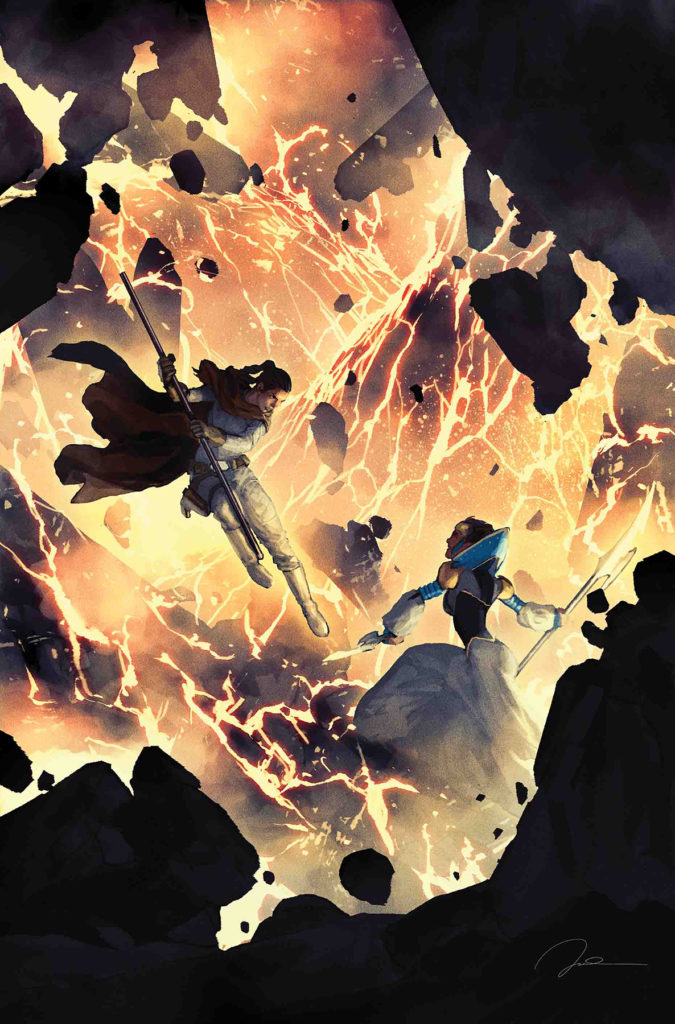 “THE SCOURGING OF SHU-TORUN” PART 5
•  QUEEN TRIOS vs. PRINCESS LEIA at last!
•  Can LUKE SKYWALKER hold out against the attack of overwhelming force…from his own allies?!
•  And when you think things couldn’t get worse for our Rebels, there’s always an orbital bombardment to survive!
Rated T 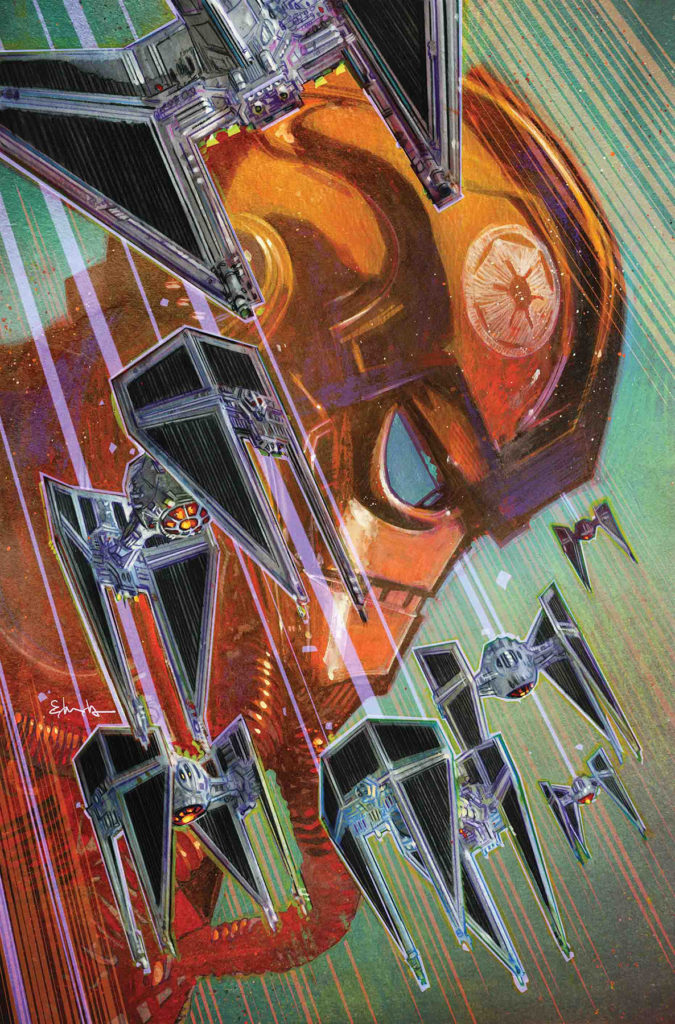 BETRAYAL AMONG THE RANKS!
•  The TIE Fighter pilots of SHADOW WING come under fire from what appear to be their fellow IMPERIALS!
•  Has the influence of THE REBELLION stretched further than anticipated?
•  Or is there something more sinister at work?
Rated T

CLOUD CITY BLUES!
•  Former smuggler LANDO CALRISSIAN has a beautiful dream: a life of leisure and luxury as the totally legitimate BARON ADMINISTRATOR of CLOUD CITY.
•  All he needs to do is take care of his money troubles with one last, big scam. But what will get in his way the most – his bad luck or this annoying sense of ethics he seems to be developing?
•  Co-starring LOBOT!
Rated T 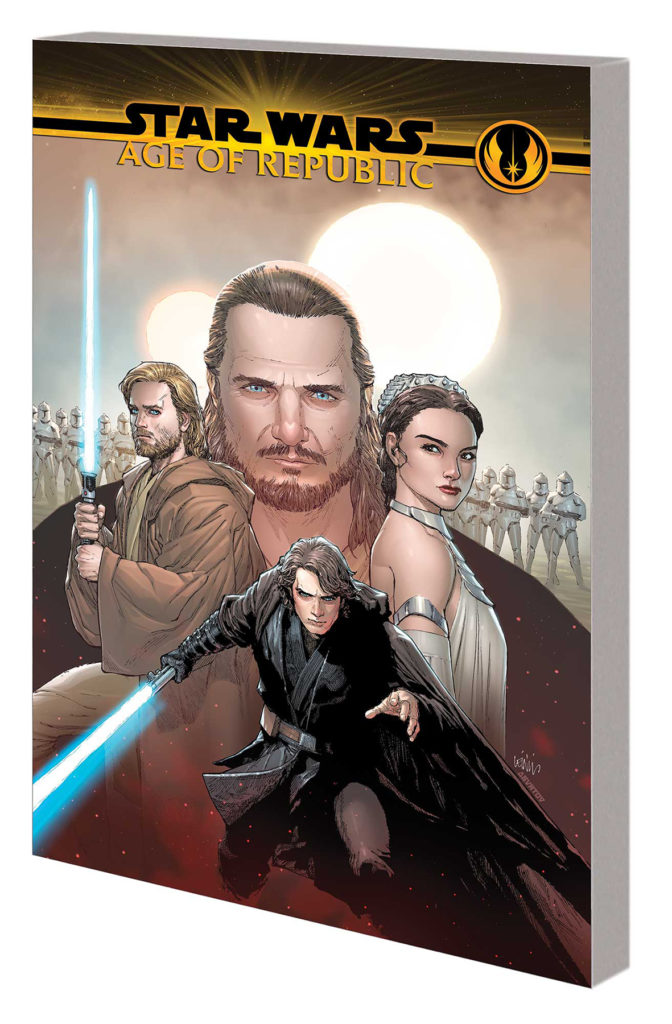 This is the Age of Star Wars – an epic series of adventures uniting your favorite characters from all three trilogies! Join the greatest heroes of the Old Republic. Witness the moments that define them, the incredible battles that shaped them – and their eternal conflict between light and darkness! Maverick Jedi Knight Qui-Gon Jinn is known to bend the rules – but a mission gone awry forces him to confront his conflicting beliefs! Anakin Skywalker has a chance to strike a devastating blow to the separatist cause. Will he choose the darker path or hold true to the Jedi code? Padmé Amidala sets out on a secret mission! Obi-Wan Kenobi, Master Jedi, takes on an apprentice. Will his mission alongside his young Padawan bring them closer together or sow the seeds that will drive them apart? Plus: Mace Windu, Captain Rex…and Jar Jar Binks! Collecting STAR WARS: AGE OF REPUBLIC – ANAKIN SKYWALKER, OBI-WAN KENOBI, PADMÉ AMIDALA and QUI-GON JINN and material from STAR WARS: AGE OF REPUBLIC SPECIAL.
Rated T 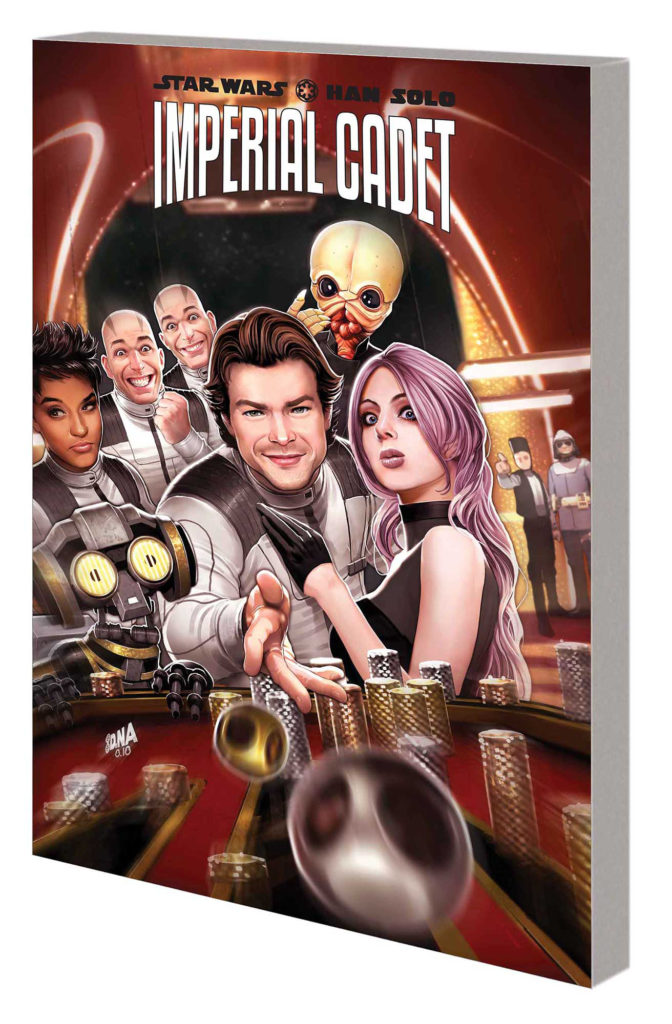 Untold adventures of a young Han Solo! How does a thief, accustomed to the chaos of back-alley brawls, adjust to the order and discipline of the Imperial Navy? Not very well! And Han’s dream of becoming a pilot is quickly grounded when he realizes he may not even survive basic training. After a wild sequence of events lands him in the brig overnight, Han is given one last shot at flight school. But will he be top gun – or will he crash and burn? And who is his mysterious rival, ripped from the pages of classic Star Wars comics? Plus: Han enters real combat for the first time, but will taking a little hard-earned R&R at a casino prove to be even more dangerous? Never tell him the odds. Collecting STAR WARS: HAN SOLO – IMPERIAL CADET #1-5.
Rated T