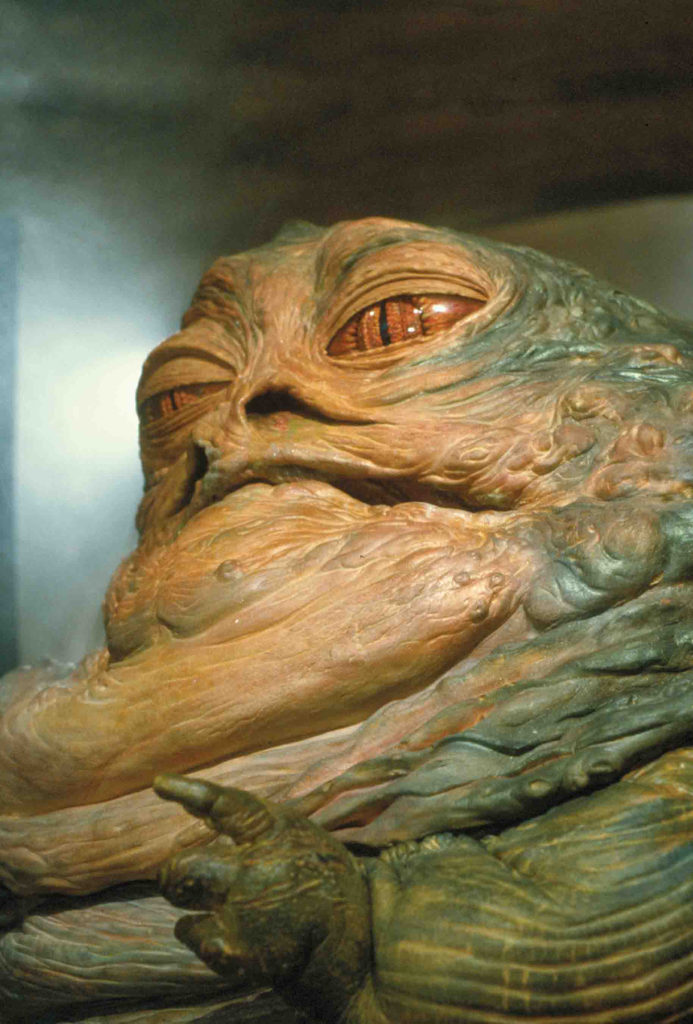 IT’S GREAT TO BE JABBA!
•  Across the galaxy, Imperials, rebels and scoundrels alike speak in hushed tones of JABBA THE HUTT, the greatest gangster in the OUTER RIM.
•  Discover what makes the name of Jabba so feared, in a crime story that stretches from the casinos of CANTO BIGHT to the deserts of TATOOINE!
Rated T 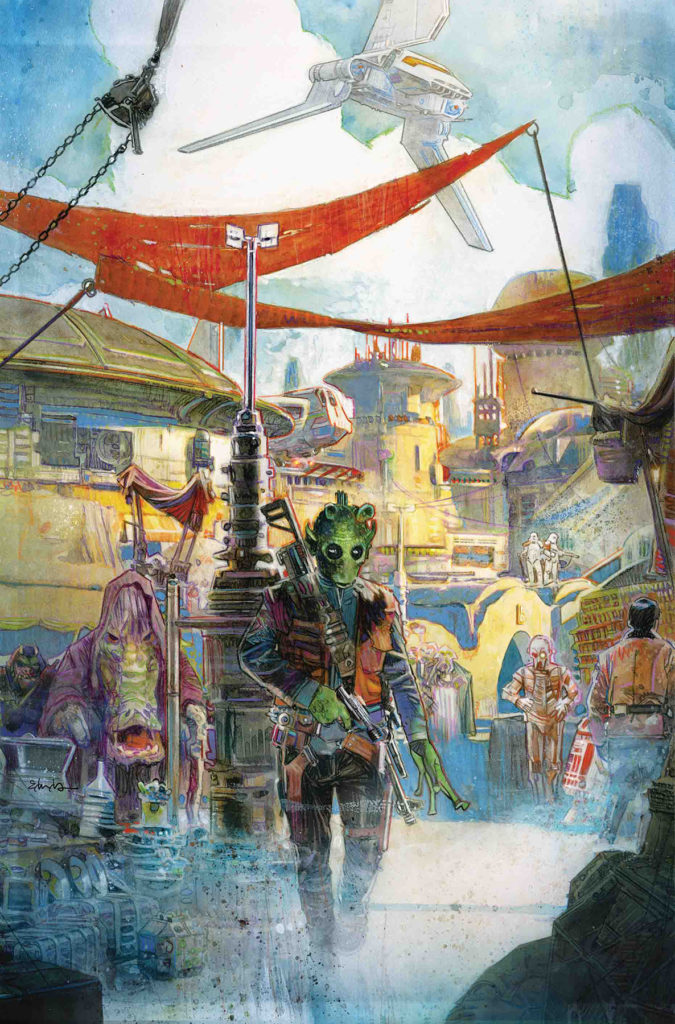 • Across the galaxy, DOK-ONDAR is known as the procurer of the rarest antiquities in the universe. But the most priceless of his relics come with a darker cost.
•  And with the First Order’s hunt for the hidden Resistance heating up, planet Batuu might soon turn into the most dangerous place in the galaxy.
•  Journey to BLACK SPIRE OUTPOST and discover an early look at the themed land coming to Walt Disney World and Disneyland this year.
•  Guest starring the bounty hunter GREEDO and notorious gangster JABBA THE HUTT!
Rated T 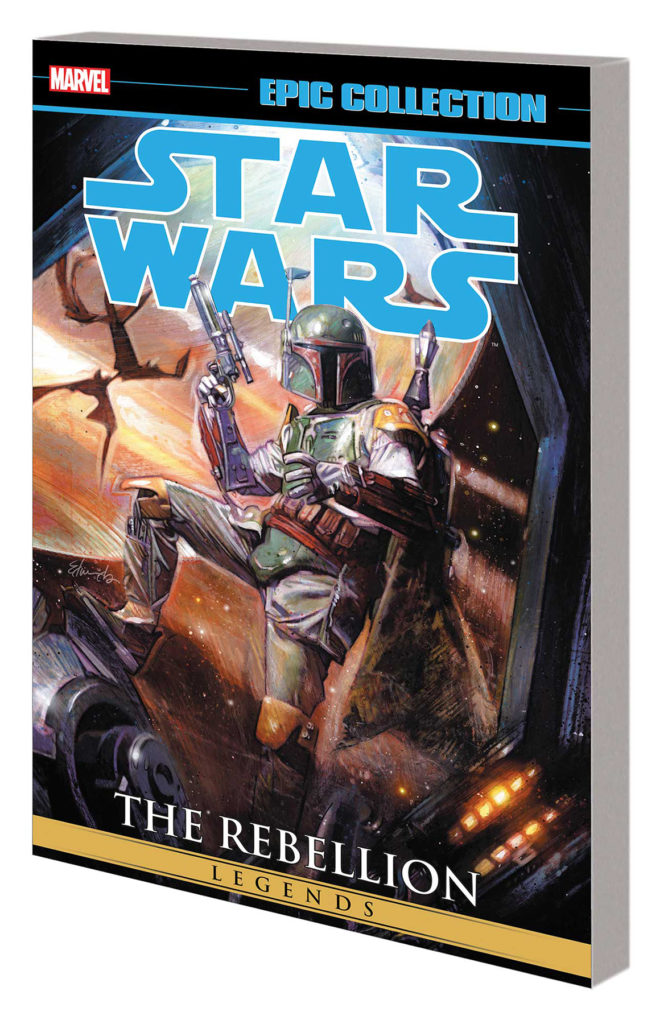 Rebel heroes and Imperial enemies! When Emperor Palpatine sends a spy to a distant planet, will Princess Leia find the enemy within – or drown in a river of chaos? Boba Fett takes on an impossible mission, and Luke Skywalker’s newest assignment is no easier! Meanwhile, Darth Vader plans to teach the raptor-like inhabitants of Tiss’sharl a lesson in the use of force! And as Vader closes in on the rebel fleet, the only thing that can save the Alliance is one model officer! But is Imperial Lieutenant Janek Sunber on the wrong side of the war? Plus: A trio of classic Star Wars rarities explore havoc on Hoth and the dark side of Dantooine! Collecting STAR WARS: RIVER OF CHAOS #1-4, STAR WARS: EMPIRE #28-40 and STAR WARS 3-D #1-3.
Rated T