THIS YEAR’S BLOCKBUSTER STAR WARS COMIC EVENT IN DIRECTOR’S CUT FORM!
•  BOBA FETT will stop at nothing to get the job done. Transporting his latest, greatest bounty-HAN SOLO-should be an easy payday. But there’s just one problem. A BIG one. And someone is going to pay for it…
•  Experience Charles Soule’s epic, space-shattering story in Director’s Cut format, complete with Steve McNiven’s mind-blowing black and white art and more incredible bonus features!
Rated T 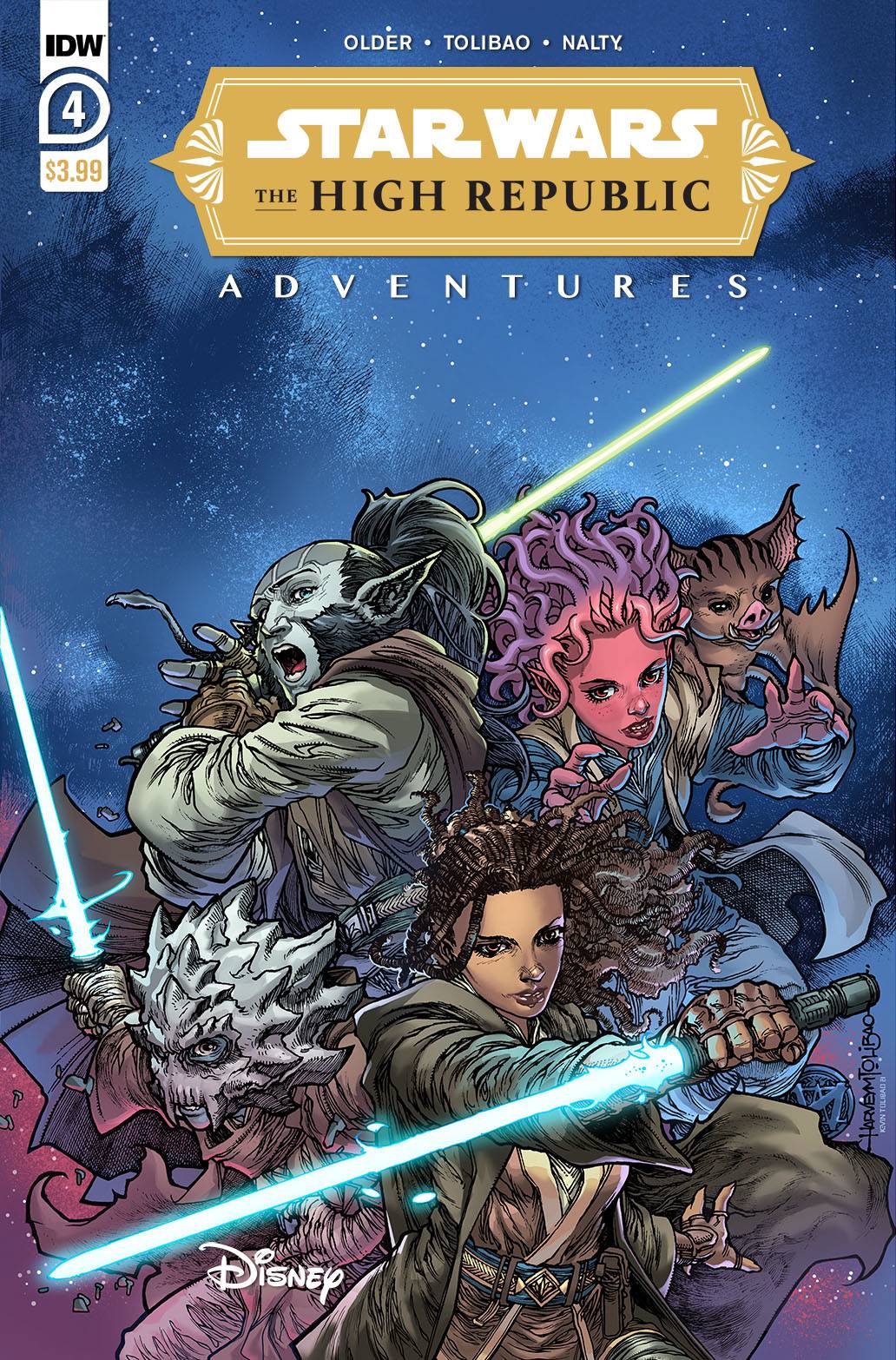 (W) Daniel Jose Older (A) Pow Rodrix (A/CA) Harvey Tolibao
Zeen has followed the Jedi to the Starlight Beacon, where she learns what it means to be a padawan and begins her own training of her Force powers. Meanwhile, Krix tries to survive on a Nihil ship, fighting their way through a Republic blockade, as he wonders who the mysterious person who rescued him truly is.