The Original Trilogy gets the spotlight starting this issue! Not ones to rest on their laurels, Han and Luke embark on a mission to secure equipment for the fledgling rebellion in this exciting tale set just after A New Hope! Variant cover by Eisner Award winner Michael Avon Oeming, co-creator of Powers! 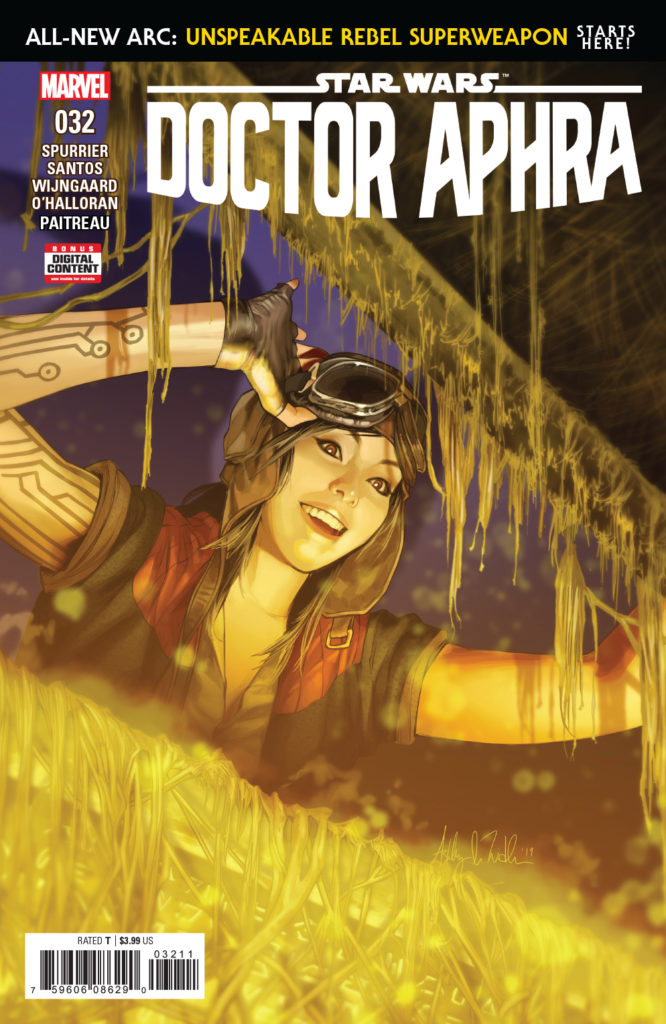 (W) Si Spurrier (A) Wilton Santos (CA) Ashley Witter
UNSPEAKABLE REBEL SUPERWEAPON: Part 1  A NEW ADVENTURE STARTS HERE!
•  After a year of close shaves, Doctor CHELLI APHRA is taking it easy and lying low. Probably herding banthas or something. She’s smart like that, right?
•  NAH, not really. The galaxy’s shadiest archaeologist is back doing what she does best: busting into alien temples to steal horrifying weapons for huge profit. She just can’t stop herself.
•  But plenty of other people could. Powerful factions are watching closely: Rebel and Empire, familiar and strange – all calculating whether Aphra’s more useful alive… or dead.
Rated T
$3.99

THE HUNTER’S HEART!
•  As the implacable bounty hunter who tracked down HAN SOLO, BOBA FETT earned his reputation as one of the greatest villains in the galaxy.
•  But what happens when Boba Fett picks up the trail of an actual villain?
•  Find out what kind of heart – if any – beats under that MANDALORIAN armor!
Rated T