WOOKIEE VS. SITH!
•  Our three stories converge as the rebels’ plan to destroy the Empire’s fleet come to a head! But can LUKE really trust the grifter WARBA CALIP?
•  Can HAN, LEIA, and DAR CHAMPION survive a head-on battle with a STAR DESTROYER?
•  And what happens when CHEWBACCA takes on LORD VADER himself in hand-to-hand combat?
•  And the Rebellion’s search for a new home…a base safe from the reach of the Empire…begins.
Rated T 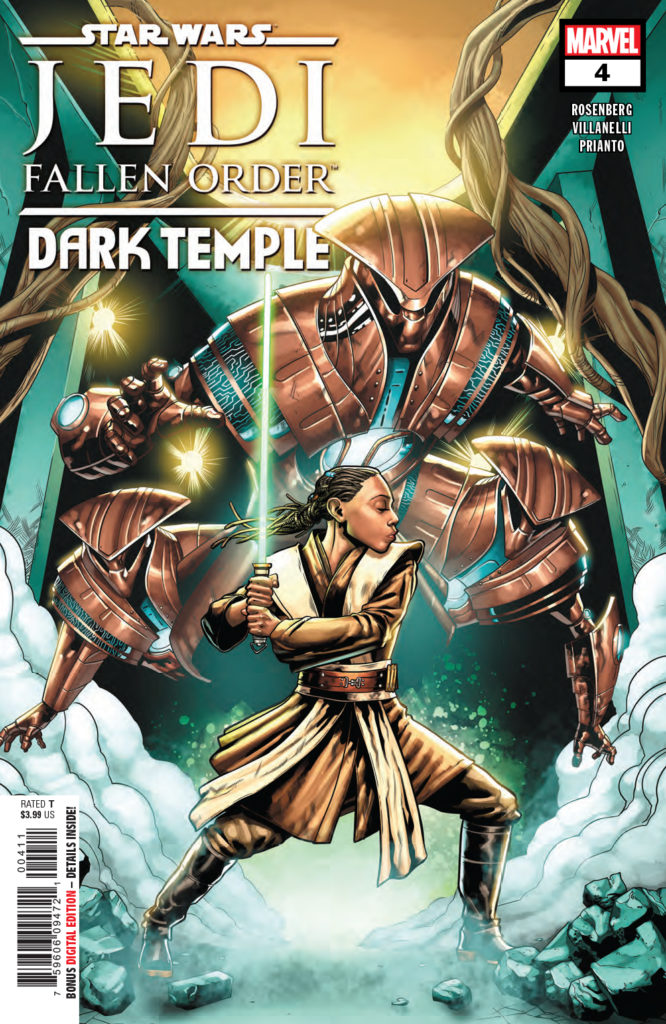 ONE AGAINST A WORLD
•  Jedi Knight ENO CORDOVA must risk his life to uncover the secrets of the Dark Temple on Ontotho…while the fearsome Ontothon army approaches!
•  Can Padawan CERE JUNDA alone stop them from taking the temple for themselves?
•  And who are the deadly TEMPLE GUARDIANS and what are they protecting?
Rated T 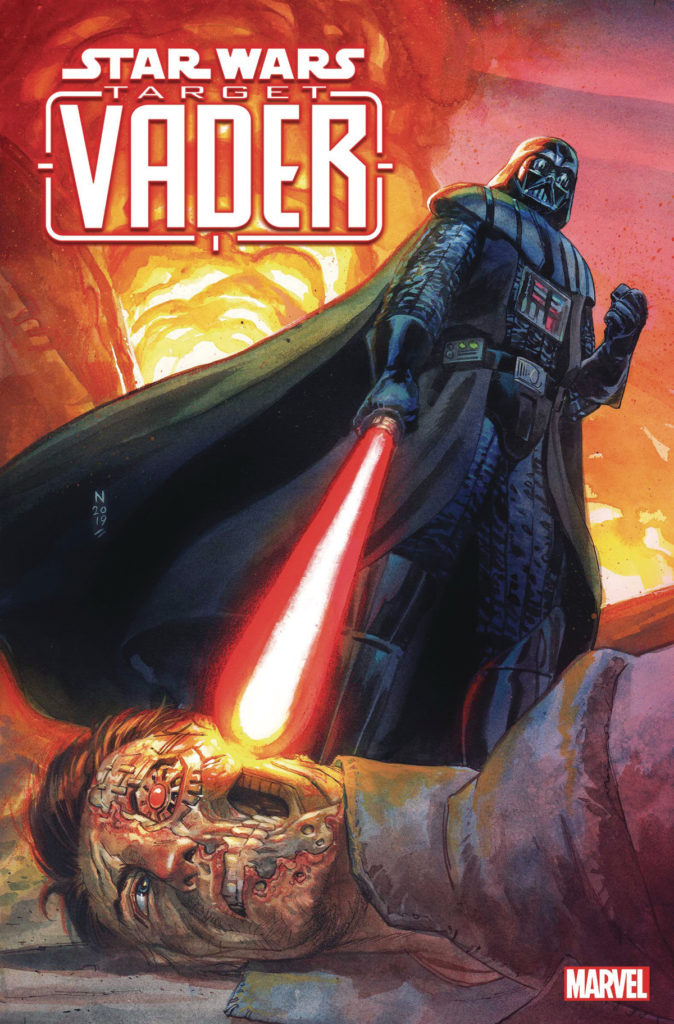 THE GREAT ESCAPE!
•  VALANCE has been betrayed, captured, and now stands alone.
•  But nothing will stop THE HUNTER from finishing his prey… DARTH VADER, who is closing in on his own target, THE HIDDEN HAND, a mysterious syndicate working with scum, villainy… and the REBELLION?
•  Can Valance use his training as a former Imperial to escape… or will he find out he has more in common with the Dark Lord than he could ever have imagined?!
Rated T 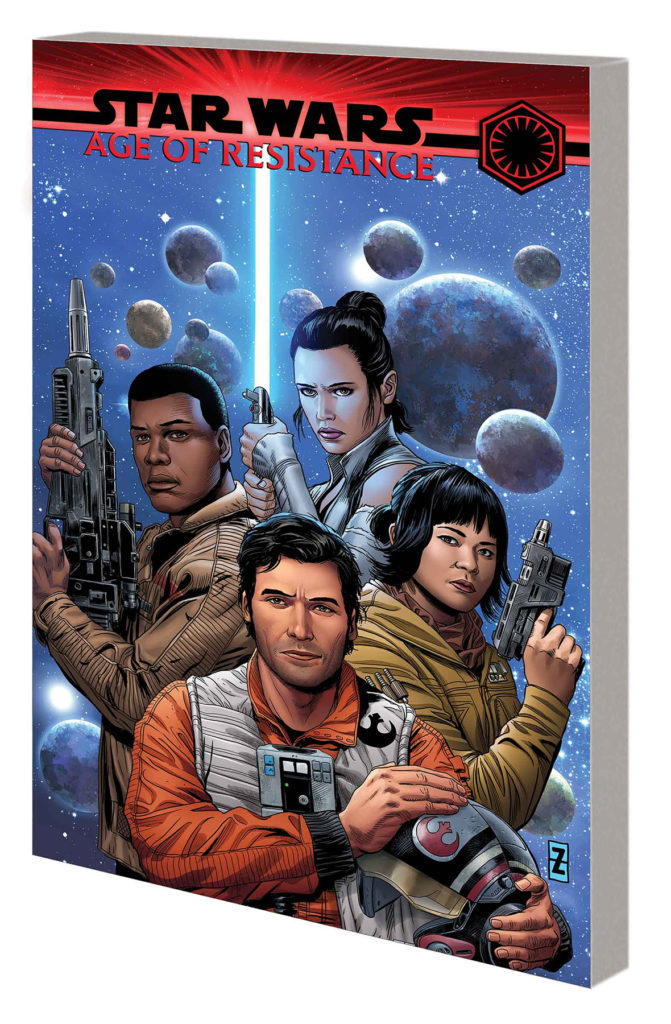 This is the Age of  Star Wars – an epic series of adventures that unites your favorite characters from all three trilogies! These are the greatest heroes of the Resistance! Finn starts to question everything when he’s put on infestation control on Starkiller Base! Poe Dameron fancies himself the best pilot there is, but he may just meet his better! Mechanical issues force Rey, Chewbacca and R2-D2 to land on a dangerous and terrible junkyard planet! And sisters Rose and Paige Tico were everything to each other – until the First Order tore their world apart! Plus: Learn the origins of Vice Admiral Amilyn Holdo! The infamous “pirate queen” Maz Kanata hires Han Solo and Chewbacca! And astromech droid BB-8 just can’t seem to stay out of trouble! Collecting STAR WARS: AGE OF RESISTANCE – FINN, POE DAMERON, REY, ROSE TICO and SPECIAL.
Rated T 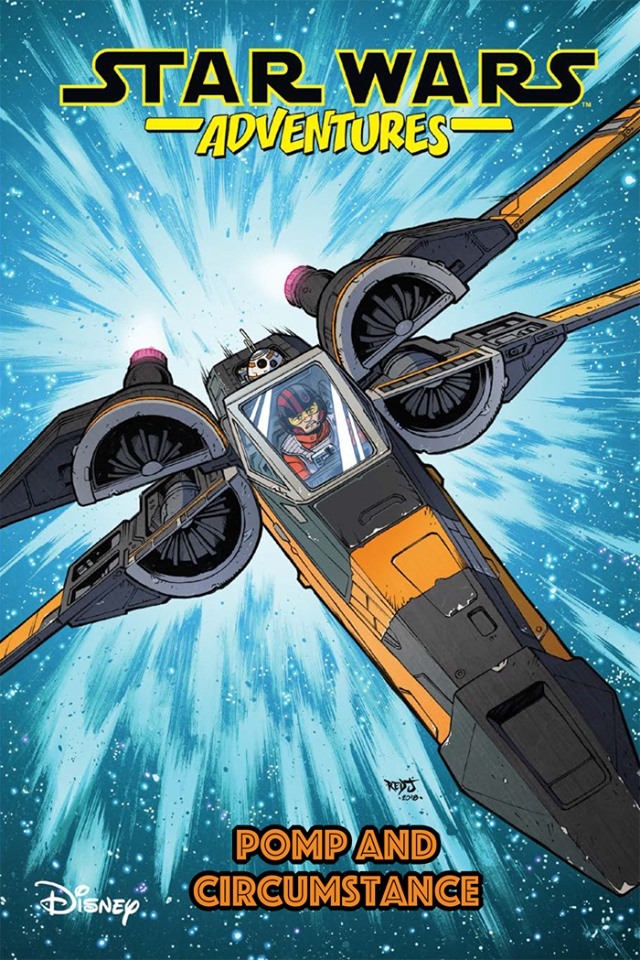 Join Chewie, Poe Dameron, BB-8, and Luke Skywalker in these adventures that span the Star Wars universe and the saga’s entire sehistory. These young-reader friendly stories will appeal to Jedi everywhere, Master and Padawan alike! Chewie shows off his problem-solving skills, Poe gets separated from BB-8, and Luke gets thrust into a diplomatic situation. Plus, an all-new tale based on Star Wars Resistance! Collects issues #14-17 of Star Wars Adventures and the 2018 Star Wars Adventures Annual. Available in November.