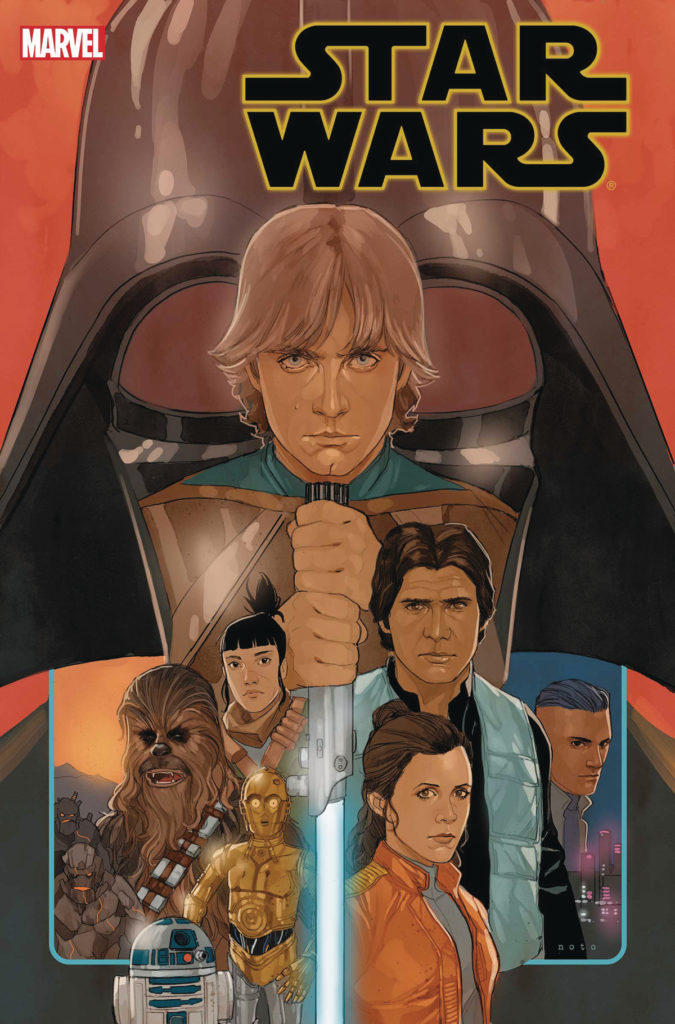 (W) Greg Pak (A/CA) Phil Noto
FINAL ISSUE! IT’S A TRAP!
•  The epic REBELS AND ROGUES storyline reaches its explosive end! Can THREEPIO save the rock people of K43?
•  Is WARBA the master or the student? Which Champion falls?
•  And how much of LUKE’S desperate plan has DARTH VADER foreseen from the beginning?
•  The search for a new rebel base continues!
Rated T
$4.99 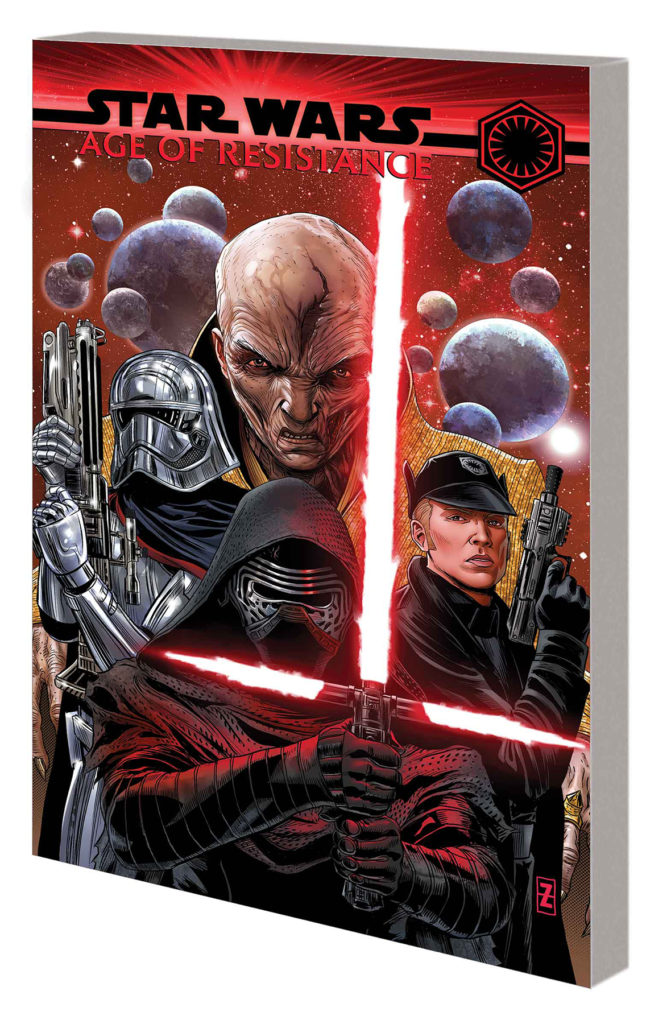 (W) Tom Taylor (A) Leonard Kirk (CA) Patrick Zircher
This is the Age of Star Wars – an epic series of adventures that unites your favorite characters from all three trilogies! The First Order takes center stage! As Captain Phasma leads an attack on the iron planet Demir, a young Stormtrooper looks to follow in Phasma’s footsteps. But can she follow the First Order captain’s merciless ways? General Hux has always been looked down upon, but Kylo Ren’s fate will be in Hux’s hands when a sabotaged shuttle crash-lands on an unknown planet! Meanwhile, can Kylo Ren ever escape the long shadow cast by his grandfather, Anakin Skywalker – or will he succeed where Darth Vader failed? And as Supreme Leader Snoke begins Ren’s training, will the sadistic master break his tormented protégé? Collecting STAR WARS: AGE OF RESISTANCE – CAPTAIN PHASMA, GENERAL HUX, KYLO REN and SUPREME LEADER SNOKE.
Rated T
$17.99

(W) Greg Pak (A/CA) Phil Noto
Darth Vader is on the hunt for Luke Skywalker! With thousands of remote probes searching for the new Rebel Alliance base, Luke and his friends must launch a desperate, multipronged mission of deception! Chewbacca and C-3PO lure a probe to a planet with an unstable core but discover a secret civilization! With Star Destroyers approaching, can they protect these newfound lifeforms? Luke undertakes a mission to lead a probe away from a Rebel refueling station but runs into a potential ally…who knows the ways of the Force?! Then, Han Solo and Princess Leia plan to trick the Empire into eliminating an enemy of the Rebellion, but things get complicated when they run into Leia’s ex! Collecting STAR WARS (2015) #68-72.
Rated T
$15.99

THE DECADES-SPANNING SKYWALKER SAGA NEARS ITS CLIMACTIC CONCLUSION!
Before the exciting events of Star Wars: The Rise Of Skywalker! Hounded by the FIRST ORDER across the galaxy, the RESISTANCE is in dire need of ships, weapons and recruits to make a final stand against KYLO REN’S forces. Desperation drives a delegation led by GENERAL LEIA ORGANA and REY to entreat the Rebel veteran’s one-time allies, THE MON CALAMARI, to join the fight – but decades after Imperial occupation enslaved their planet, there are those willing to stop at nothing to prevent another war from bloodying the waters of Mon Cala. A system away, POE DAMERON and FINN have their own mission: to hunt down a weapons cache on the remote moon of Avedot, unaware that they are being hunted by the most notorious criminal gang in the galaxy.
COLLECTING JOURNEY TO STAR WARS: THE RISE OF SKYWALKER – ALLEGIANCE #1-4
Rated T