A ROGUE’S END Part 2: THE DARK LORD FALTERS…
•  DOCTOR APHRA’s reunion with her FATHER would’ve be a happy affair – if he wasn’t a pompous blowhard set to take her job as the Empire’s chief archaeologist.
•  Of course, her dear old dad will have to survive Imperial Interrogation first, and which pair of charming psycho-droids do you suppose DARTH VADER has hired for the job?
•  And what happens when the ancient stones of a long-lost Jedi Temple cast their ghostly influence upon the Dark Lord of the Sith himself…?
Rated T 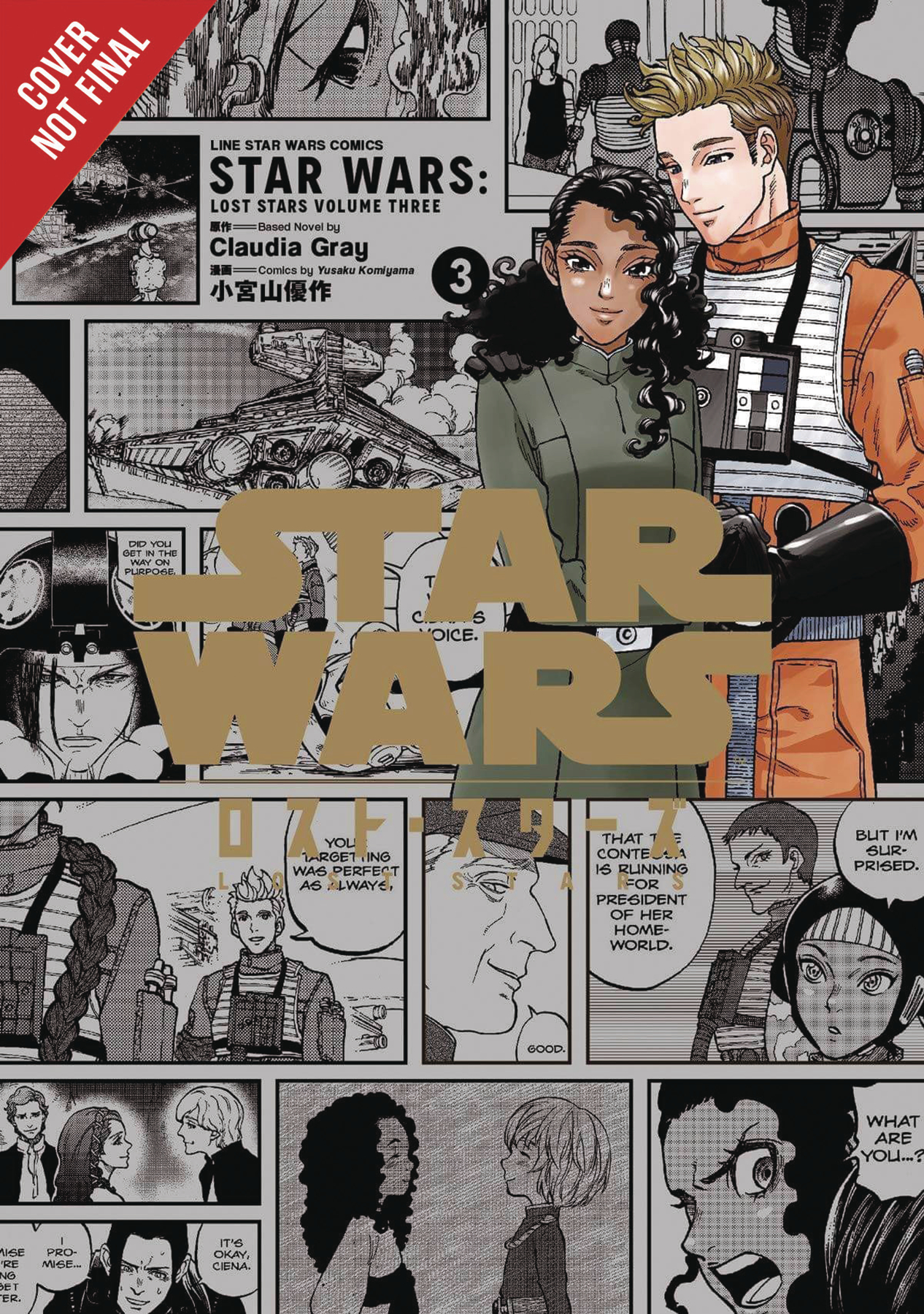 The conclusion of the thrilling manga adaptation of Claudia Gray’s Star Wars Lost Stars novel! What does destiny have in store for Thane and Ciena?
Ages 12 And Up, Grades 7 to 17