This exciting weekly series explores the hidden corners of the Star Wars Galaxy and features a wretched hive of scum and villainy including Darth Maul, Grand Moff Tarkin, Asajj Ventress, Jabba the Hutt-all under the shadow of Darth Vader!
Fans will be excited to discover these creepy stories by fan-favorite writer Cavan Scott, with art by the greatest talent from across the galaxy, including Nicoletta Baldari, Nick Brokenshire, Francesco Francavilla, Kelley Jones, Megan Levens, and Charles Paul Wilson III! Covers by Eisner-winning artist Francesco Francavilla! Collect them all! 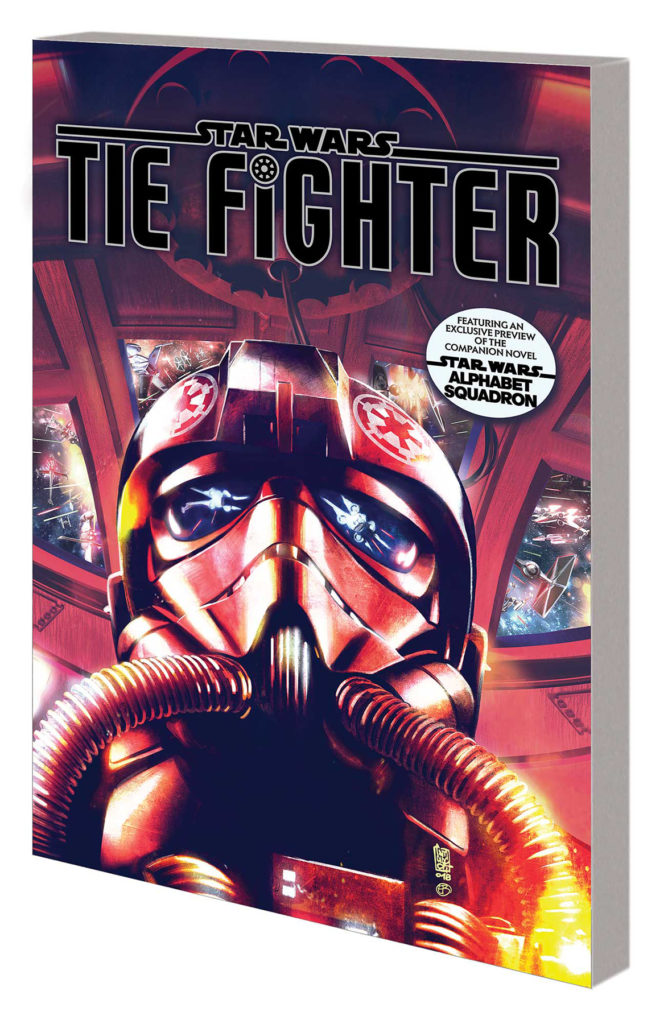 (W) Jody Houser (A) Roge Antonia, Joshua Cassara, More (CA) Giuseppe Camuncoli, Elia Bonetti
Enter Shadow Wing – the Empire’s salvation, and the Rebellion’s doom! As the war between the rebels and the Galactic Empire stretches on, it’s the innocent people of the galaxy who are most at risk. An elite squadron of TIE fighter pilots is assembled to help protect Imperial interests – and hammer the Emperor’s fury down upon the treasonous and violent Rebel Alliance. But how far is this untested team willing to go to preserve law and order? Are the pilots of Shadow Wing as loyal to the Empire as they seem? And on a dangerous mission to deal a devastating blow to the Rebellion, will any of them survive the fight? Collecting STAR WARS: TIE FIGHTER #1-5.
Rated T
$15.99