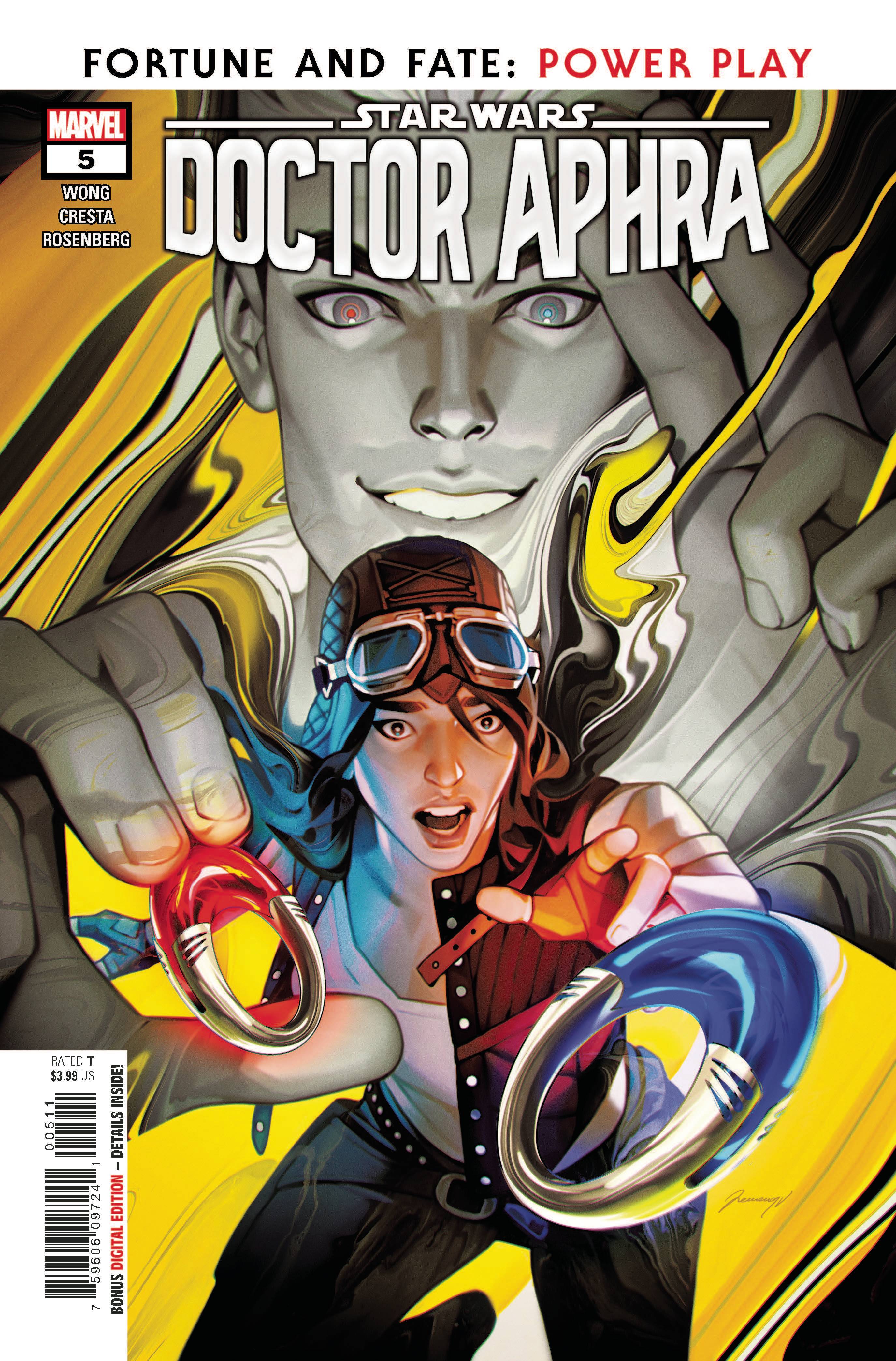 (W) Alyssa Wong (A) Cresta, Marika (CA) Valentina Remenar
POWER TO RULE THE GALAXY?
•  RONEN TAGGE has the legendary RINGS OF VAALE.
•  Will he destroy the priceless artifacts or fall to their temptation?
•  If they truly give him the power to rival the EMPEROR, what hope do APHRA and crew have to stop him?
Rated T
$3.99
STAR WARS TradePaperback
FROM JOURNALS OF OBI-WAN KENOBI (Marvel) 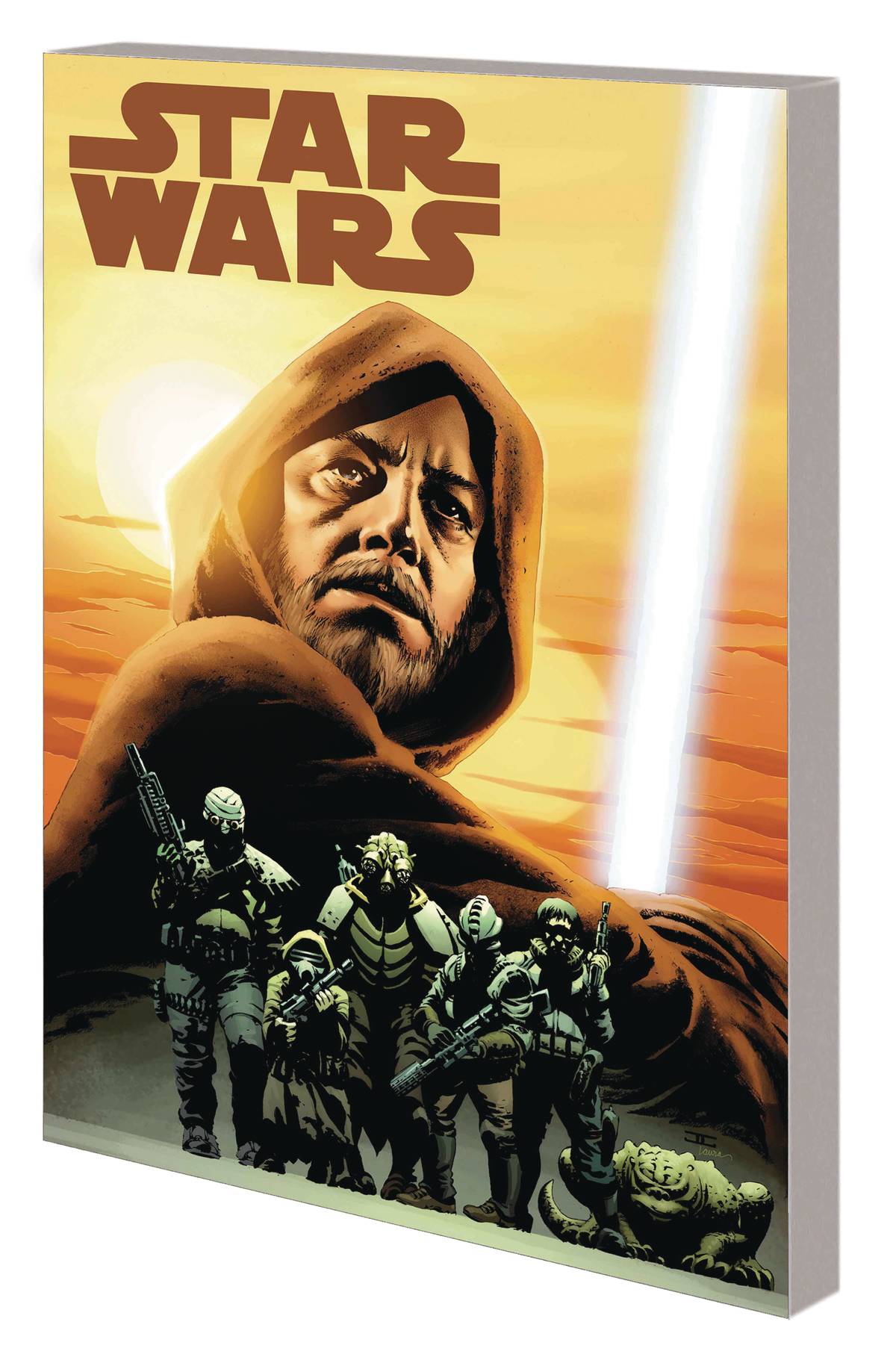 (W) Jason Aaron, Dash Aaron (A) Simone Bianchi, More (CA) John Cassaday
Lost tales of the Jedi revealed! Obi-Wan has slowly adjusted to his life of exile on Tatooine, secretly protecting young Luke Skywalker. But now, injustice reigns as villainous scum run rampant, extorting moisture farmers and wreaking havoc. Will “Old Ben” risk revealing himself to do what’s right? And when Jabba the Hutt hires a bounty hunter to find out who’s been thwarting his men, Obi-Wan must take on the galaxy’s deadliest Wookiee, Black Krrsantan! Plus, years earlier, when Obi-Wan was still a Padawan, Master Yoda found himself trapped on a savage world with a hidden power. Yoda must learn the secret of the stones – and his struggle in the past will affect Luke in the present! And can Obi-Wan save a young Tusken Raider? Collecting STAR WARS (2015) #7, #15, #20, #26-30 and material from STAR WARS (2015) #37.