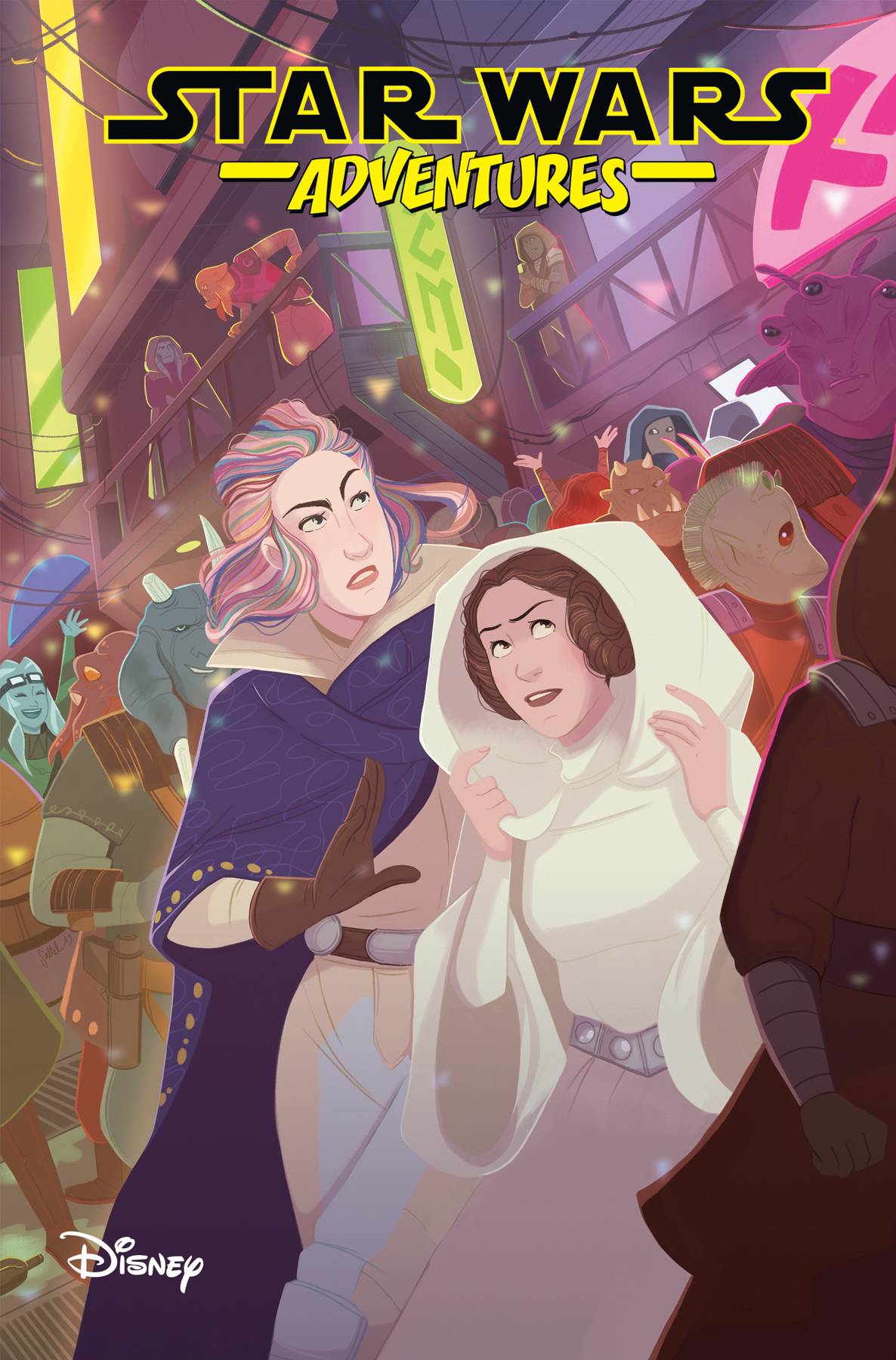 First, with hotshot Resistance pilot Poe Dameron captured by pirates, it’s up to BB-8-and Rapier Squadron-to save the day! Then, in a story set before A New Hope, Princess Leia Organa faces the most challenging task of her young life: teaching Amilyn Holdo how to drive a speeder! But both learn an important lesson after finding themselves in the dangerous lower levels of Coruscant. And finally, witness one of the many lessons Rey learned from Luke Skywalker during her time on Ahch-To. Collects issues #24-26 of the Star Wars Adventures series.

THE PATH TO JEDI WISDOM…OR A DEADLY TRAP OF THE DARK SIDE?
•  THE FORCE led LUKE SKYWALKER to someone who can provide him with great insight into the path to JEDI wisdom…
•  But their meeting will change Skywalker FOREVER. Luke thought his duel against his father, Darth Vader, was the ultimate test. But Luke’s trials have only just begun.
•  The galaxy needs Luke Skywalker. And a Jedi needs a weapon!
•  Meanwhile, Vader continues his search for his long-lost son, and the REBEL ALLIANCE finds itself on the verge of a losing all hope.
Rated T

A QUEST FOR TRUTH… A JOURNEY OF DESTRUCTION!
•    DARTH VADER’S search for revenge against those who hid his son Luke reaches a terrible climax – at the tomb of PADMÉ AMIDALA!
•    What secrets does he learn? And who will pay as a result?
•    All the answers are coming – in the ruins of POLIS MASSA – the birthplace of Luke Skywalker! 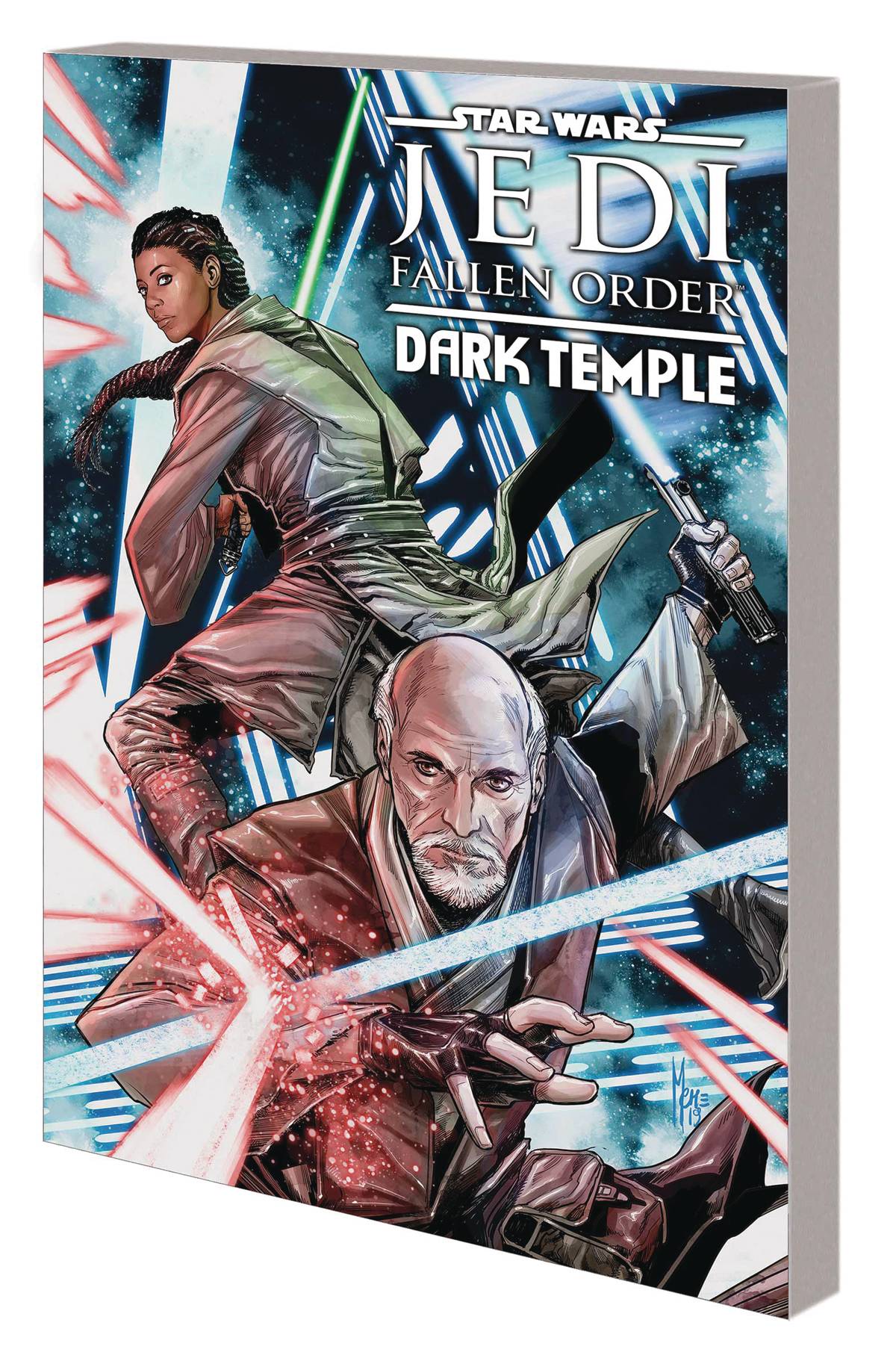 (W) Matthew Rosenberg (A) Paolo Villanelli, Ruairi Coleman (CA) Marco Checchetto
Leading into Star Wars Jedi: Fallen Order, the third-person action-adventure Star Wars title from Lucasfilm and Respawn Entertainment, DARK TEMPLE follows Jedi Master Eno Cordova and his impulsive Padawan, Cere Junda, on their most dangerous mission yet! The Jedi Council has sent them to the remote planet Ontotho to oversee the peaceful excavation of a recently discovered temple. But Cordova and Junda soon learn that what surrounds the temple may be even more dangerous than the mysteries within it! Clandestine local resistance forces and ruthless corporate security troops wage a war for the fate of Ontotho – and the Jedi are caught in the middle! Who are the deadly Tomb Guardians, and what are they protecting? What secrets lie deep within the hidden temple? The race is on to find out! Collecting STAR WARS: JEDI FALLEN ORDER – DARK TEMPLE #1-5.
Parental Advisory
$15.99 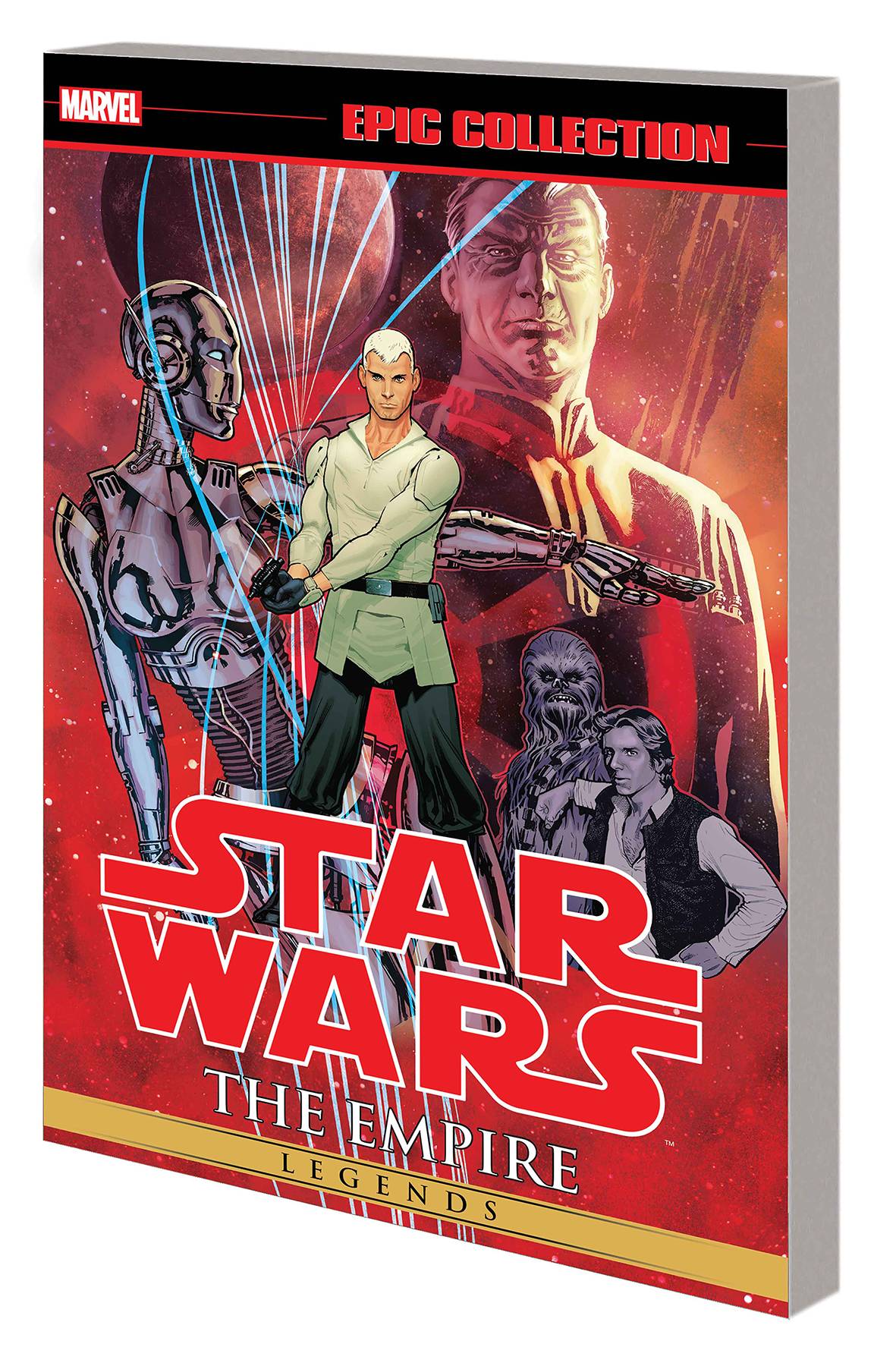 The Force unleashed! The Empire’s power is at its peak – but not every problem requires military might. Sometimes all you need is the right agent, in the right place, with the willingness to get the job done. An agent like Jahan Cross! But when Boba Fett is framed for murder, Cross finds himself in a situation that even he can’t handle! Plus: Learn the origin of Vader’s secret apprentice, the deadly Starkiller – a story of treachery, deception and the overwhelming power of the Force. And witness the early years of Leia Organa! Collecting STAR WARS: AGENT OF THE EMPIRE – IRON ECLIPSE #1-5, STAR WARS: AGENT OF THE EMPIRE – HARD TARGETS #1-5, STAR WARS: THE FORCE UNLEASHED and STAR WARS: THE FORCE UNLEASHED II – and material from A DECADE OF DARK HORSE #2 and STAR WARS TALES #11 and #15.
Rated T