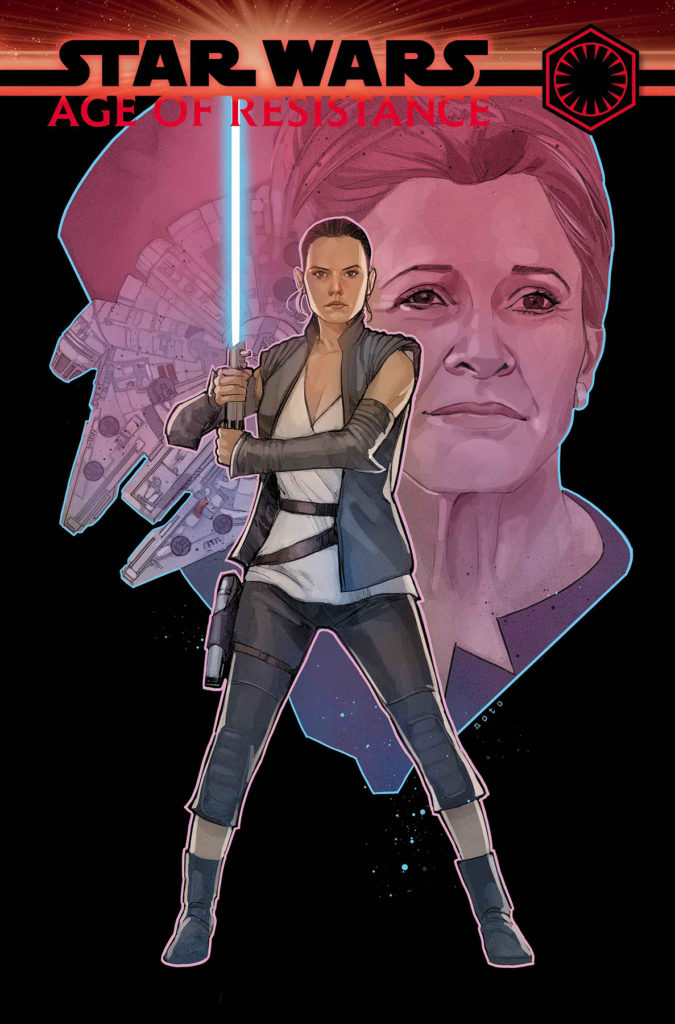 (W) Tom Taylor (A) Ramon Rosanas (CA) Phil Noto
SEARCH FOR SKYWALKER!
•  After HAN SOLO’S fall, REY searched for LUKE SKYWALKER. But before Luke, there was LEIA.
•  Witness never-before-seen moments between REY and GENERAL ORGANA.
•  What will Rey, CHEWBACCA and R2-D2 encounter on the way to find Leia’s missing brother?
Rated T
$3.99 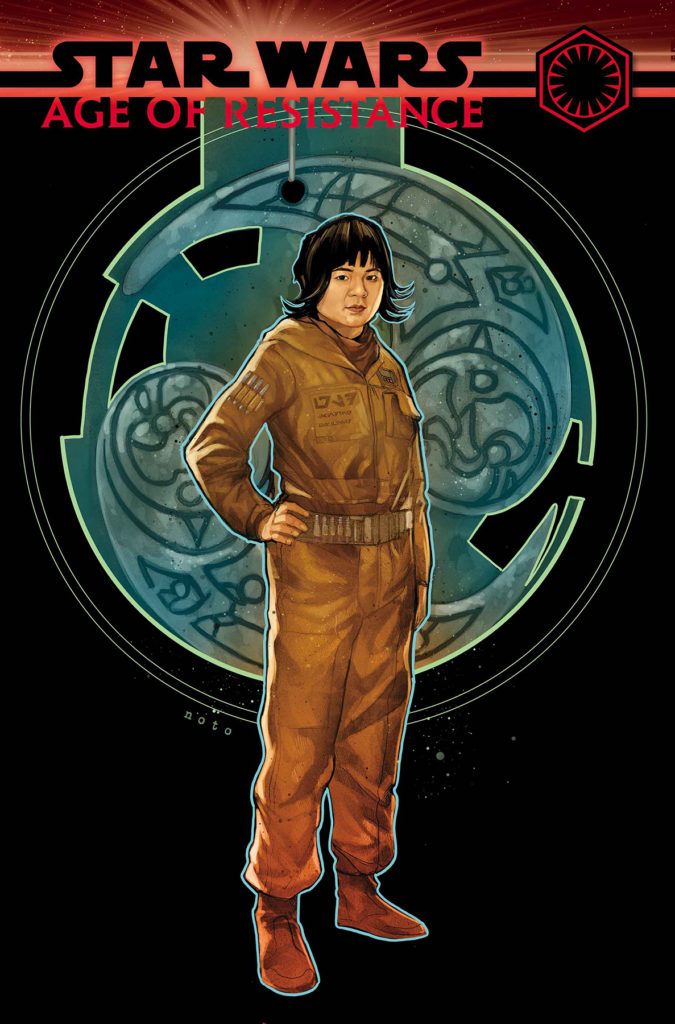 (W) Tom Taylor (A) Ramon Rosanas (CA) Phil Noto
“MY HERO”
•  Sisters. Friends. Co-pilots. Growing up, Rose and Paige Tico were everything to each other.
•  Until the First Order tore their world apart.
•  See the bond between Rose and Paige before it was forever broken.
Rated T
$3.99 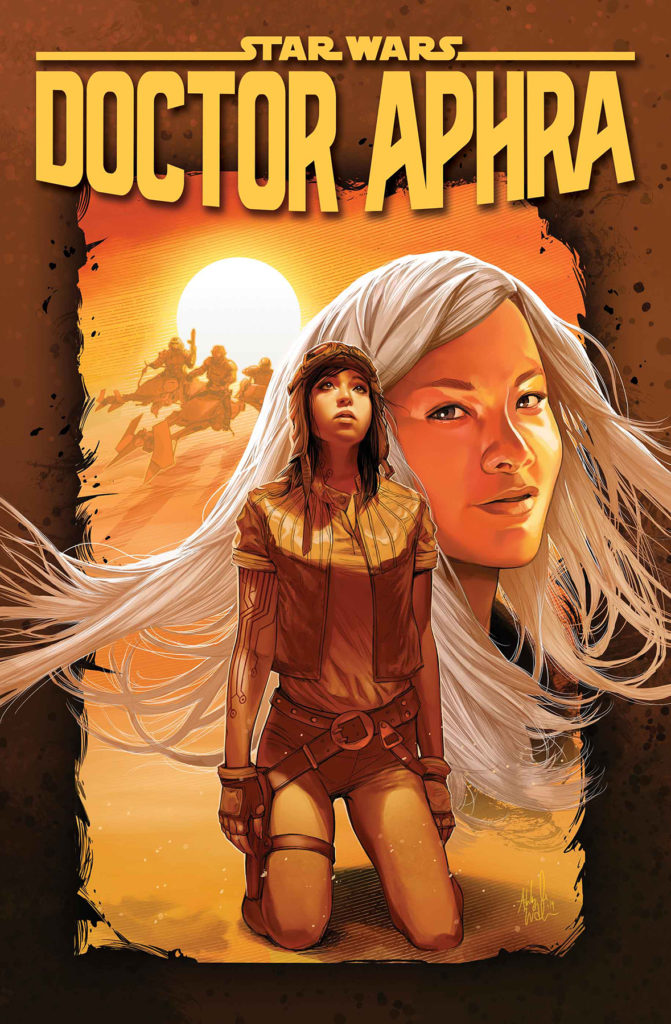 (W) Si Spurrier (A) Wilton Santos, Cris Loureiro Bolson (CA) Ashley Witter
UNSPEAKABLE REBEL SUPERWEAPON PART V!
•  The sinister propagandists of the COALITION FOR PROGRESS keep a vast gallery of the EMPIRE’S priceless victory trophies – and notorious thief DOCTOR APHRA just got in…
•  But she won’t get the chance to pinch anything. She’s here to be initiated into the web of secret schemes she’s unwittingly tangled herself in. Can you say “coup”?
•  (IF yes: don’t. Round here, there’s always someone listening…)
Rated T
$3.99 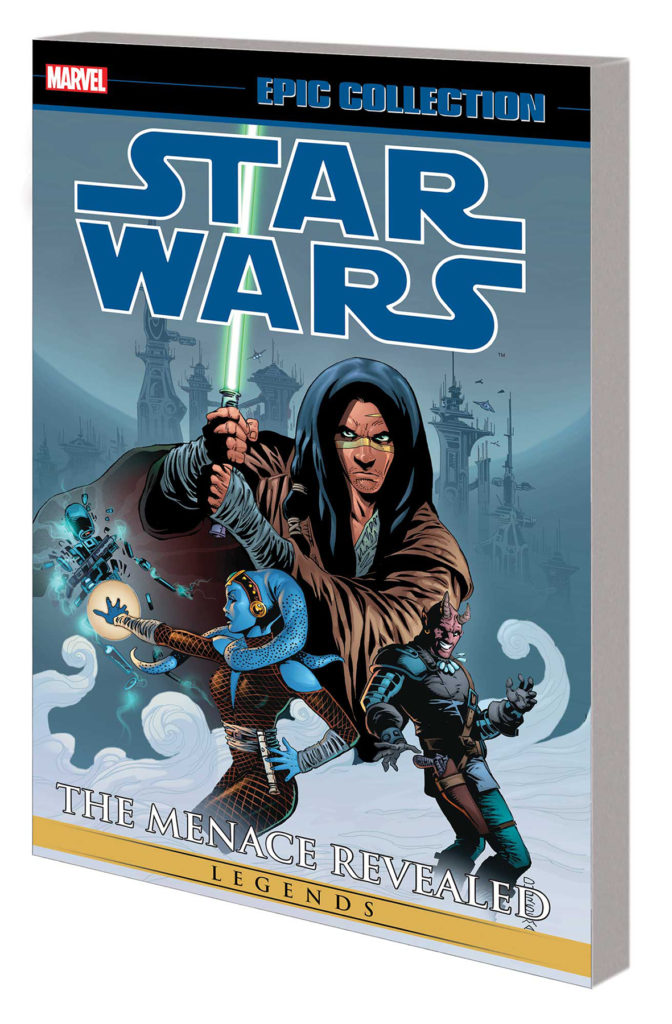 (W) John Ostrander, Pat Mills, More (A) Ramon Bachs, More (A/CA) Jan Duursema
Lost memories, lost Padawan! Jedi Knight Quinlan Vos has lost his memory! Now he must rediscover his past while searching for his Padawan, Aayla Secura! But deadly gamblers, false Jedi, corrupt officials and the pull of the dark side all stand in his way! Then, lightsabers clash as the bounty hunter Aurra Sing arrives on Coruscant, slaying Jedi in the very shadow of the Temple! A number of Jedi Knights volunteer to take action – but do they seek justice or vengeance? And when a prison planet watched over by the Guardians comes under attack from a deadly enemy, the still-troubled Quinlan Vos investigates – but his newest assignment may be a suicide mission! Plus: More tales from the Republic era of Star Wars! Collecting STAR WARS (1998) #19-35 and material from DARK HORSE EXTRA #35-37, STAR WARS TALES #13 and DARK HORSE PRESENTS ANNUAL 2000.
Rated T
$39.99