Instead, take a chance to go back and read through some of your favorite storylines, try another series……I’m sure the guys/gals at your Local Comic Shop would love to introduce you to a new series.  Or better yet, stick with Star Wars and pick up a book or three. 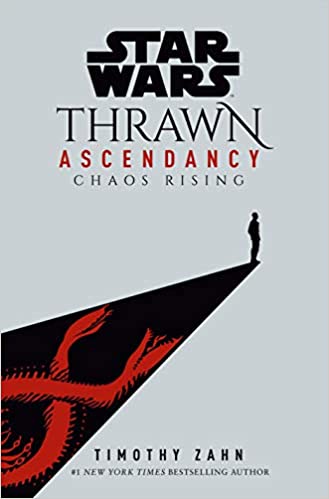 Discover Thrawn’s origins within the Chiss Ascendancy in the first book in an epic new Star Wars trilogy from bestselling author Timothy Zahn.

Beyond the edge of the galaxy lies the Unknown Regions: chaotic, uncharted, and near impassable, with hidden secrets and dangers in equal measure. And nestled within its swirling chaos is the Ascendancy, home to the enigmatic Chiss and the Nine Ruling Families that lead them.

The peace of the Ascendancy, a beacon of calm and stability, is shattered after a daring attack on the Chiss capital that leaves no trace of the enemy. Baffled, the Ascendancy dispatches one of its brightest young military officers to root out the unseen assailants. A recruit born of no title, but adopted into the powerful family of the Mitth and given the name Thrawn.

With the might of the Expansionary Fleet at his back, and the aid of his comrade Admiral Ar’alani, answers begin to fall into place. But as Thrawn’s first command probes deeper into the vast stretch of space his people call the Chaos, he realizes that the mission he has been given is not what it seems.

And the threat to the Ascendancy is only just beginning. 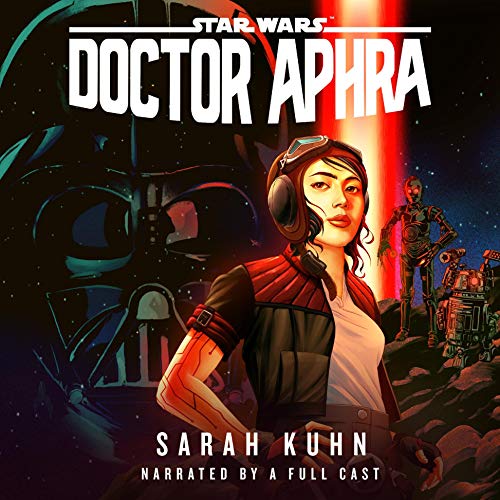 Dr. Aphra teams up with Darth Vader himself in this audiobook original – an expanded adaptation of the critically acclaimed Marvel comics series, performed by a full cast.

A pioneer in the field of criminal xenoarchaeology, Aphra recognizes no law, has no fear, and possesses no impulse control. To her, the true worth of the galactic relics she discovers isn’t found in a museum, but in an arsenal. This viewpoint has led to a lot of misunderstandings. After her latest plan goes horribly wrong, her roguish ways are on the verge of catching up to her, when suddenly Darth Vader, terror of the galaxy, swoops in with his lightsaber ignited and…saves her life?

Don’t get her wrong – it’s not like she’s ungrateful. Sure, her new boss is a lord of the Sith. And okay, she may have just become a pawn in a deadly game being played by him and his boss, who happens to be the Galactic Emperor. And yes, the life expectancy of anyone who disappoints Vader can be measured in seconds.

But she’s back doing what she does best. She’s got a ship to fly, a heist to pull, and two unorthodox but effective metal buddies: Triple-Zero, a protocol droid specializing in etiquette, customs, translation, and torture; and BT-1, an astromech loaded with enough firepower to take down a battlecruiser. Together, they might just find a way to get the job done and avoid the deadly performance review that waits at its conclusion.

Fans have long wondered what happened to Ahsoka after she left the Jedi Order near the end of the Clone Wars, and before she re-appeared as the mysterious Rebel operative Fulcrum in Rebels. Finally, her story will begin to be told. Following her experiences with the Jedi and the devastation of Order 66, Ahsoka is unsure she can be part of a larger whole ever again. But her desire to fight the evils of the Empire and protect those who need it will lead her right to Bail Organa, and the Rebel Alliance?.