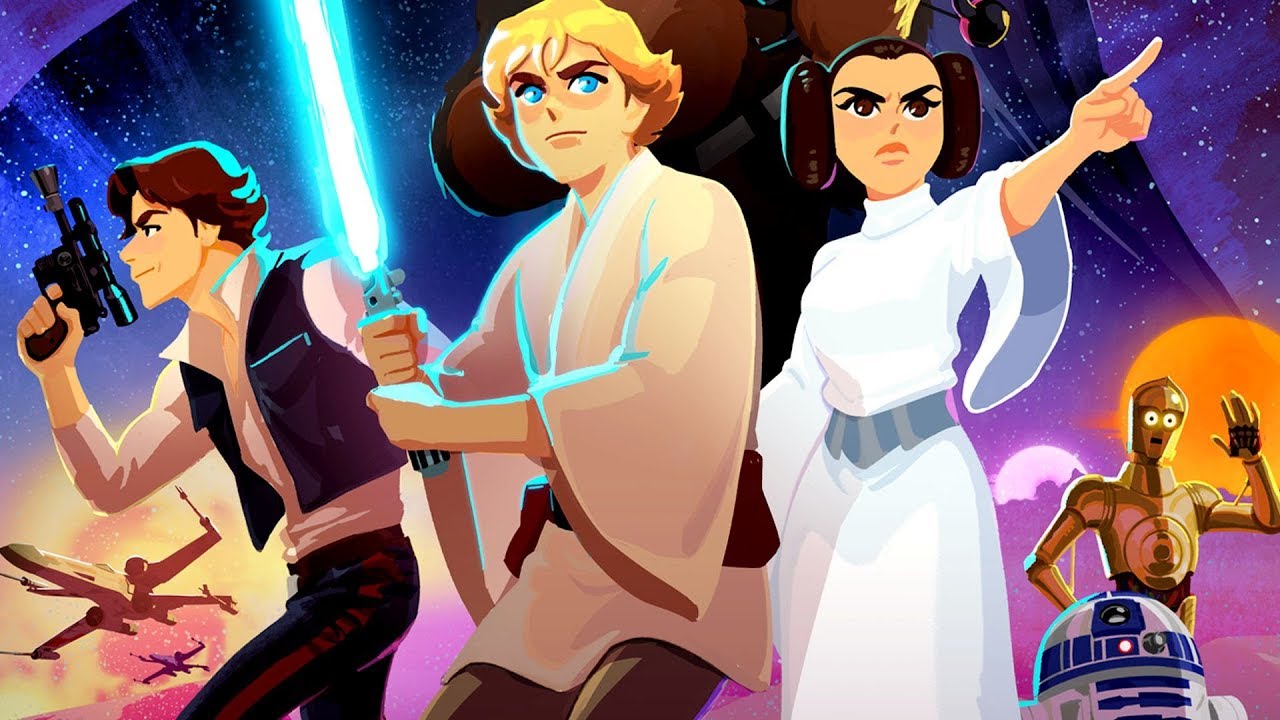 There’s a myriad of potential to be tapped into with other film genres through the medium of animation. In recent years, many people’s perspectives of animation have been expanded by seeing that companies like Disney and Dreamworks are not the only places to look out for animation. Spider-Man: Into the Spider Verse, directed by Peter Ramsey, proved just that with its incredible and innovative techniques of CGI animation, showing all the creative ways that the medium can be used, especially for storytelling. Many are now aware of animation’s potential to create new and exciting stories. Star Wars is one franchise that could truly benefit from an expanded effort in their animation, namely when it comes to making feature films.

Star Wars’ recent animated efforts in television have been well received in general, as evidenced by the latest season of Clone Wars and Star Wars: Resistance. Lucasfilm seems to continue that with their recent announcement of The Bad Batch spinoff (even though we are still waiting for a Ahsoka and Sabine spin-off show). We had another view at an animated version of Star Wars with the stunning Galaxy of Adventures shorts that brought the films to life in an epic way. Star Wars animation as a whole has been home to some of the best storylines in the canon; some would say even surpassing that of the films at times. Therefore, an animated film could be the creative boost the franchise needs. An animated film from Lucasfilm could be anything from a film set thousands of years before any of the trilogies to a film in any of the trilogies’ eras. We could have a film that follows a new Force user with a different relationship to the Force and their powers in the galaxy. Perhaps a film set after the Sequel Trilogy, featuring Finn, Rey, and the rest of the Resistance heroes, would give us at least one more chance to see these characters be given actual compelling storylines that center them again.

One thing is for sure: after The Mandalorian’s second season, we may not have much Star Wars content for a while due to the COVID-19 pandemic putting a halt to film production. This may be a good thing, as the last five years of Star Wars have been very hectic and the content in the last few years especially has not been the best in quality, to say the least. Needless to say, much of the fandom has been burnt out by the relentless output. All the fandom and general audience wants now are good, well-written, and creative stories, which should not be too much to expect. Animated films offer a new way to tell compelling stories that connect with audiences. Perhaps Lucasfilm should reevaluate their strategy with determining the kind of Star Wars media that gets made, starting with animation.

What do you think? Should Lucasfilm create an animated film? Who do you think it should center on? Let us know in the comments below and, as always, May the Force be with You!