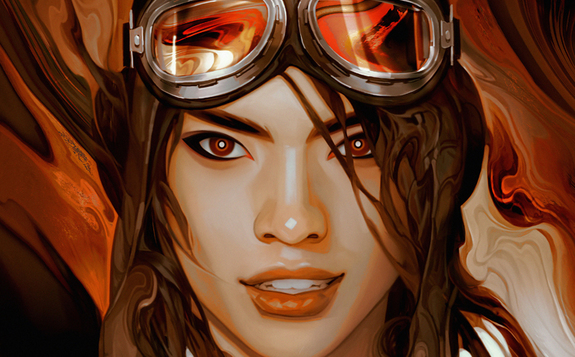 With today’s release of Marvel comic’s Doctor Aphra #40, it will conclude the current story and comic series.  With Doctor Aphra informing Lord Vader that she has learned the location of the secret Rebel base on Hoth it will draw an ending to the current series. If you want to check out the first few pages of the last issue, click here.

If you are a fan of the characters in the Doctor Aphra comic then have no fear as there are plans in place to launch a new series in April 2020 with writer Alyssa Wong and artist Markia Cresta.  This announcement was made back in October at London’s MCM Comic Con and Wong herself has since confirmed it on Twitter.

Here is a photo of the rumored issue #1 from the new series.

At the time of publishing this article, I can not find any information regarding the time frame that the new series will take place in.

We do know that we can catch Doctor Aphra’s story being wrapped up in the one-shot comic Empire Ascendant that will be released on December 19, 2019.

Doctor Aphra became a fan favorite with her comic release back in December 2016.  She had previously made an appearance in a Darth Vader series comic back in 2015.  Aphra is the only character from the Star Wars universe that wasn’t considered a “main character” that has received their own comic.  We have yet to see her make an appearance on screen, but I would be interested in seeing a TV series involving her.  Maybe an idea for Disney+ to run with as we wait for the next two series that are scheduled to release on Disney+.

Doctor Aphra originally worked for Darth Vader before making an attempt to do her own thing.  She seems to ride that neutral line as far as party affiliation and sometimes we see here doing things for both sides. Aphra is an archeologist with knowledge of weapon technologies and droids.  Her fellow travelers in the comics are a pair of assassin droids and a Wookie.