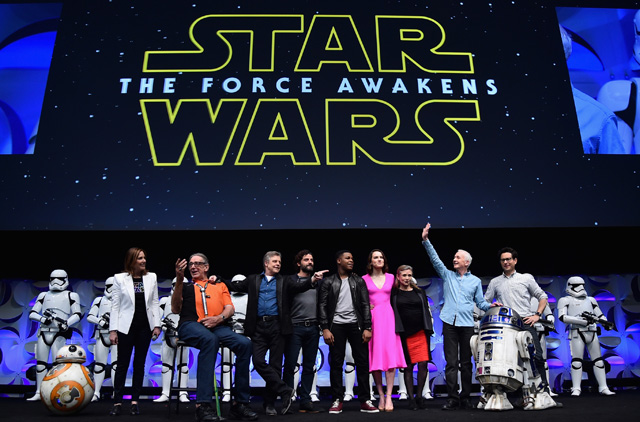 Welcome to the first in our series on the cultural impact and polarizing nature of the most beloved film franchise in history.

Welcome to the first in our series on the cultural impact and polarizing nature of the most beloved film franchise in history. Ever since I watched the theatrical release of the special editions in the 90s as a tot, I have been head over heels in love with this franchise. Like pretty much every kid in America, I had toy lightsabers, LEGOs, video games (including that really hard one for the SNES), and, of course, Halloween costumes. As I grew older, my obsession with the films led me to forums and blogs where I could share my love with others who cared just as much, if not more, than I did. My walls and display cabinet are adorned with posters and figures from top to bottom. What you are about to read may appear on the surface to be a harsh criticism of the franchise, Disney, the fans, and their relationship with each other.

Please let me reassure you, dear reader, that I am still madly in love with Star Wars. I just don’t particularly care for the direction things are going in the current cultural climate. Just as weather patterns change over time, so too does our fandom, often in response to some unidentified catalyst (or catalysis.) This series of articles will attempt to analyze the source of the changing tides. Our first step will be to look at how Disney gets you into the theater, and how die-hard and casual fans are reacting to the new direction the story team has developed.

First, let us address the bantha in the room.

Star Wars fans usually have an insatiable appetite for content, and Disney is all too happy to oblige. However, when Rogue One and Solo were announced, fans naturally had some concerns. When news broke that things over at Lucasfilm weren’t going as planned with Solo, those concerns were legitimized. The truth is, almost no one was asking for this kind of content. Sure it’s fun, but Star Wars fans demand quality content over a quick “fun” cash grab. Fans knew the plot of Rogue One, as it was literally drafted from the opening crawl of A New Hope, but it was still a visceral experience for most viewers. We cared about these characters because their twilight moment gave rise to a new dawn for our rebel fighters in a beautiful and respectful way. Even though we knew instinctively that the characters wouldn’t be making it out alive, we were still able to enjoy the film for what it was.

However, most casual fans of the franchise would probably consider the rewatch value of Rogue One to be lower than average. Fatigue is finally starting to set in and lackluster box office numbers of Solo prove it. Disney finally put too much on our plate, and yet they keep serving. 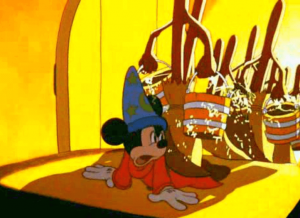 While many die-hard fans are still demanding more new content, a growing majority of fans want more time to acclimatize to the new stories before experiencing the next installment. In the past, we had years between films and it allowed us to digest what we experienced, but now we’re getting new films every year!

The lens through which we see the world can often be refocused and influenced by external forces, such as other fans, promoters, and professional or amateur film critics. A movie’s Rotten Tomato score may bias your perception of how you review a film, for example. In other words, what you read online can alter or otherwise force you into reconsidering your position on things that you previously loved unconditionally. 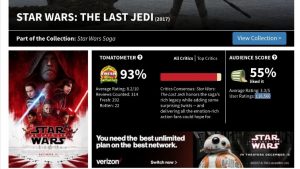 Of course, it isn’t exactly quid pro quo, but “The Mouse” knows just how important those early reviews are. They want you watching, and they want early reviewers in on the experience with all the excitement of the red carpet, celebrity Q & A’s, cameras, set pieces on display, and everything that comes along with it. Reviewers are exposed to this incredibly hyped atmosphere just before seeing a new film, and it would be naive to believe that the experience of such pageantry doesn’t have an effect on early reviews.

Of course, that’s just one point of view.

Star Wars fans are, to put it mildly, passionate. When they love something, they eagerly embrace it in every aspect of their life, from creative content to merchandise. For many, Star Wars is more of a way of life than a silly franchise about space wizards and farm boys. This forces Disney into a corner at times. They have to constantly overcome the criticism of fans by being the louder voice in the crowd. Critics loved The Last Jedi. Some audience members, however, found The Last Jedi not just bad, but insulting.

Part of the fun of being a Star Wars fan is the debates that we find ourselves in over the smallest details of canon. However, a critical perspective can often turn into a cynical one, and some fans have been deeply unhappy with the new direction of the franchise. The most deplorable of those fans even took to social media in the most contemptible way imaginable when they began to harass some of the actors and cast members.

These so-called fans were so enraged by The Last Jedi that they found it necessary to attack the actors, directors, and writers with inexcusable hate-fueled rage on social media, forcing some to remove their accounts to avoid the constant onslaught of hate mail. Please allow me to stress this point as clearly as possible: THIS IS NOT OK. We, as a society and fandom, should not tolerate this kind of behavior. We might fight amongst ourselves about what Star Wars should be, but in the end, we’re all just kids at heart who share in our common love of our galaxy far, far away. 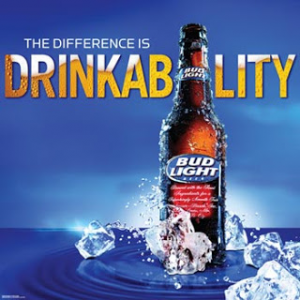 The follow-up to The Last Jedi was almost as polarizing when fans looked at Solo and asked, “Did we really need this?” Solo is by no means a terrible movie. It’s just what the casual fan would call “unnecessary.”

Recently, fans have been treated to an almost constant barrage of ads, extra content in the form of new shows, comics, books, movies, and bite-size press releases on upcoming projects. It appears that the Disney approach is to keep everyone focused on what’s next in an attempt to distract moviegoers from the negative press which occasionally leaks into everyone’s news feeds. Personally, I work at a movie theater, and every day I get to talk with people just as they go in and come out of their movies. Most people agreed that Solo was a decent film, but no one is calling it a masterpiece. It’s like those old Budweiser commercials that claimed Bud Light had what they coined “drinkability.” Solo is watchable, and you probably won’t regret going, but the casual fan probably won’t feel like they’re missing out on anything if they skip it. 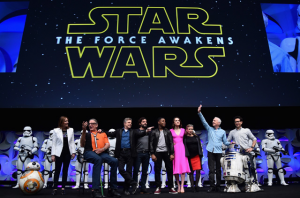 In the years between the Disney acquisition and the release of The Force Awakens, there was a resurgence in the fan community. The excitement was palpable. Message boards and blogs were fueled with speculation about every new clip of news, no matter how small. Fans started theorizing what the new era of Star Wars would become. Fan theories and so-called “leaks” were everywhere and some bloggers even started to attack other blogs for what they considered to be inaccurate reporting. A few of those fan theories were so well written and enjoyable to read that a little part of me hoped that they might be true, even though most of us already knew that speculation is just part of the experience of being a Star Wars fan.

For some, those theories, unfortunately, planted the seeds of contempt for the films not meeting the same level of sophistication and intrigue as their favorite fan theory. Leading up to the films release, the hype was at an all-time high. It was a great time to be a fan. Since then, however, the atmosphere has become more toxic. People still love Star Wars, but fans are more likely to tell you what they didn’t like about a movie rather than discuss how excited they are for the next installment. Which is why the Disney ad blitz has now become an integral part of their marketing campaign. It’s a constant battle to keep the spirit of the “Journey to Force Awakens” atmosphere alive.

In the end, I’m okay with waiting a few extra years between releases, especially if it results in a more compelling story. As eager as some fans may be for more content, I think they would agree.