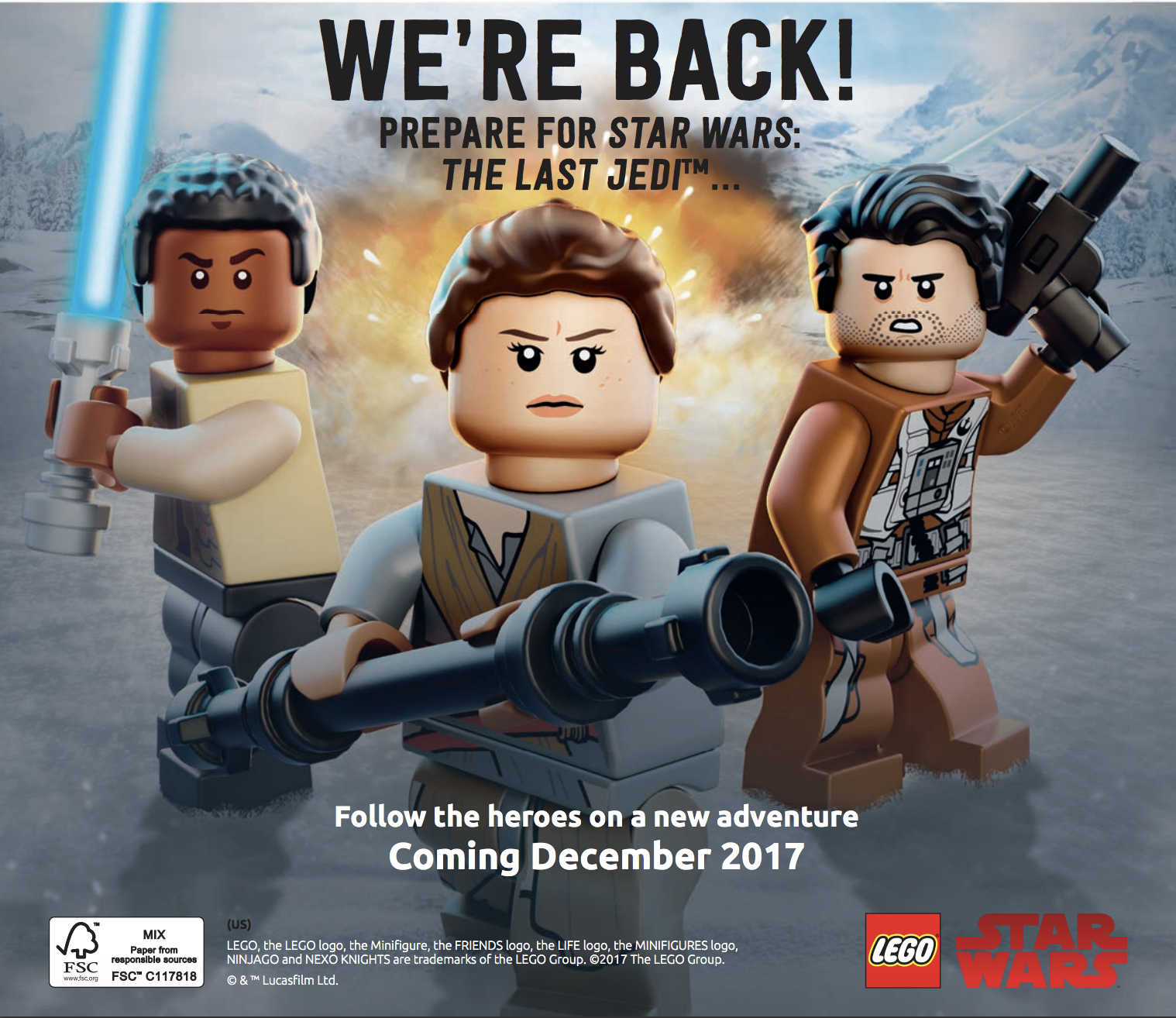 Hot out of the mailbox today, Lego Life magazine from shows us some new photos of the Lego version of the Heavy Assault Walker™ from the upcoming The Last Jedi move due out on December 15th, 2017.  Now this might be old news to some people there could be possible spoilers contained in the pages below.  So view at your own discretion.

Personally I’m a huge fan of Lego and the stuff they put out.  Now I do have a couple issues that I will not go into in this article, thats for an article of it’s own one day.  From what I am seeing in the photos out the December issue of the Lego Life magazine this set isn’t going to disappoint.

If your interested in picking up your own First Order Heavy Assault Walker™ you can go over to the Lego page Here and pick one up for the fancy price of $149.99.  All thought at the time of this article it appears to be SOLD OUT and only available through backorder.  The site is saying they will ship next week however so get it while you can.

It appears to me that this thing is meant to do some damage.  Appears to have upgraded armor from what we have seen in past “walkers” and also has some increased fire power as well.

The driver in this photo sorta reminds me of the Executioner Trooper from the Star Wars Universe.  Well at least the helmet appears that way and the rest of the body looks like a updated Walker Uniform for Lego.  I wonder if maybe this is a new look that the First Order is moving to or maybe just some type of special “elite”.

Either way I am digging the look of the First Order troopers in these movies and can’t wait to see how they continue to evolve throughout Episode VIII and Episode IX.

***Photos from this article found from Lego Life Magazine unless otherwise noted.***