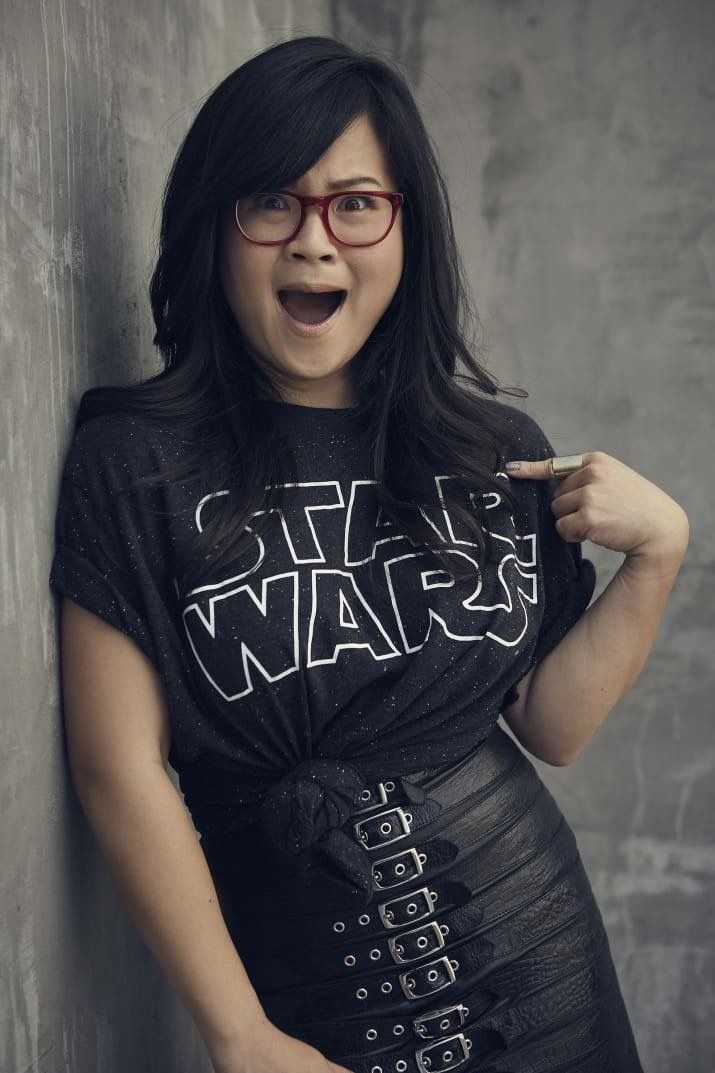 Kelly Marie Tran was all smiles when she first received word that she was cast in episode VIII of the Star Wars Skywalker saga. It’s not hard to imagine the excitement of being cast in such a well-known franchise, but this moment was special for Kelly, who would become the first woman of color to have a leading role in a Star Wars film. Not only that, but it also helped to propel her to the status of being the first Asian woman to appear on the cover of Vanity Fair.

Unfortunately the audience met her character with a less than lukewarm reception, and the criticism didn’t end on screen. For months, Kelly was dogged by hurtful racist and sexist comments that maliciously attacked her until she decided to delete her Instagram posts and disappear from social media. It prompted many members of the cast and Star Wars community to speak out against her harassment, but Kelly herself didn’t comment on the harassment until she published a concise and powerful op-end released by the New York Times, repeated for your convenience below:

It wasn’t their words, it’s that I started to believe them.

Their words seemed to confirm what growing up as a woman and a person of color already taught me: that I belonged in margins and spaces, valid only as a minor character in their lives and stories.

And those words awakened something deep inside me — a feeling I thought I had grown out of. The same feeling I had when at 9, I stopped speaking Vietnamese altogether because I was tired of hearing other kids mock me. Or at 17, when at dinner with my white boyfriend and his family, I ordered a meal in perfect English, to the surprise of the waitress, who exclaimed, “Wow, it’s so cute that you have an exchange student!”

Their words reinforced a narrative I had heard my whole life: that I was “other,” that I didn’t belong, that I wasn’t good enough, simply because I wasn’t like them. And that feeling, I realize now, was, and is, shame, a shame for the things that made me different, a shame for the culture from which I came from. And to me, the most disappointing thing was that I felt it at all.

Because the same society that taught some people they were heroes, saviors, inheritors of the Manifest Destiny ideal, taught me I existed only in the background of their stories, doing their nails, diagnosing their illnesses, supporting their love interests — and perhaps the most damaging — waiting for them to rescue me.

And for a long time, I believed them.

I believed those words, those stories, carefully crafted by a society that was built to uphold the power of one type of person — one sex, one skin tone, one existence.

It reinforced within me rules that were written before I was born, rules that made my parents deem it necessary to abandon their real names and adopt American ones — Tony and Kay — so it was easier for others to pronounce, a literal erasure of culture that still has me aching to the core.

And as much as I hate to admit it, I started blaming myself. I thought, “Oh, maybe if I was thinner” or “Maybe if I grow out my hair” and, worst of all, “Maybe if I wasn’t Asian.” For months, I went down a spiral of self-hate, into the darkest recesses of my mind, places where I tore myself apart, where I put their words above my own self-worth.

And it was then that I realized I had been lied to.

I had been brainwashed into believing that my existence was limited to the boundaries of another person’s approval. I had been tricked into thinking that my body was not my own, that I was beautiful only if someone else believed it, regardless of my own opinion. I had been told and retold this by everyone: by the media, by Hollywood, by companies that profited from my insecurities, manipulating me so that I would buy their clothes, their makeup, their shoes, in order to fill a void that was perpetuated by them in the first place.

And it was in this realization that I felt a different shame — not a shame for who I was, but a shame for the world I grew up in. And a shame for how that world treats anyone who is different.

These are the thoughts that run through my head every time I pick up a script or a screenplay or a book. I know the opportunity given to me is rare. I know that I now belong to a small group of privileged people who get to tell stories for a living, stories that are heard and seen and digested by a world that for so long has tasted only one thing. I know how important that is. And I am not giving up.

I am the first woman of color to have a leading role in a “Star Wars” movie.

I am the first Asian woman to appear on the cover of Vanity Fair.

My real name is Loan. And I am just getting started.