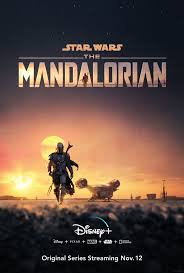 Although Disney+ is supposed to go live around 6 AM EST, for those who are unwilling or unable to wait, the Disney+ app hit Google Play earlier this morning. People have reportedly been able to log in and not only view the streaming options Disney has available, but are able to watch the content as well.

Although many suspected that The Mandalorian would drop around 9 PM, it seems that the first episode is already live, which means you should be extra careful scrolling through your Facebook feed this morning if you’re spoiler adverse.

If you’re looking to take a snow day/bad weather day and binge the first season in one go, however, unfortunately you’re out of luck. Disney+ is taking the route that many streaming services are now trying and only releasing one episode a week. While this is frustrating to many, it allows the streaming service to draw in new membership and analyze market trends a bit better than they would otherwise. Do fans wait until the end of a season to gain access to the service and then drop it when they’re done binging? How regularly do they consume other content once the season is over?

In the meantime, let’s just rejoice that we’re finally getting more Star Wars content. After Bob Iger announced that future plans for Star Wars movies are being put on the backburner, at least we have the Cassian Andor and Obi-Wan Kenobi live action series to look forward to.