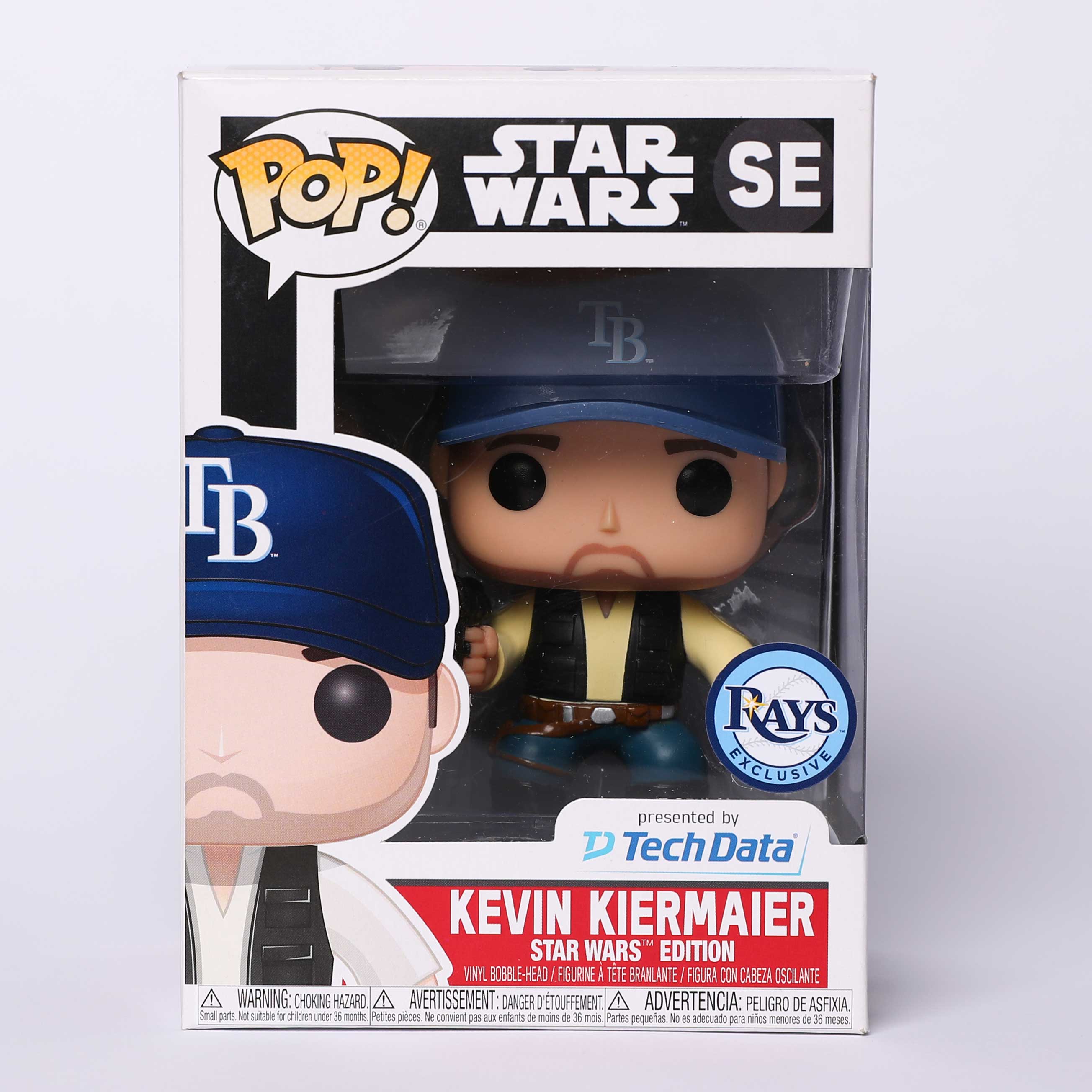 Last year, the San Francisco Giants gave away a special baseball-themed BB-8 Funko pop and beanie as a special promotion, and it looks like the Tampa Bay Rays are following suit. Partnering with Tech Data, Funko is releasing a special Kevin Kiermaier pop with him dressed as Han Solo.

While the BB-8 was numbered #220, Kevin doesn’t have a number, the spot taken over instead by a simple “SE” to represent a special edition. This may be good news for some fans who don’t want to rush all the way across the country to see a sports games and collect a Pop. If BB-8 was any indication, it went for about 60 dollars right after it was released, so the Kevin Kiermaier-Solo pop will probably sell for a bit less if you’re looking to pick him up online.

The game is the afternoon of Saturday, May 26th, against the Baltimore Orioles. You can look into grabbing tickets for the game by clicking here or check out our Star Wars Funko Pop and Swap Facebook group if you’re looking to buy or trade for him.

And our ECCC exclusive Padme giveaway is still ongoing! Head on over to our Facebook page and like, comment, and share for a shot at winning this awesome pop! Don’t let Han Solo beat you to it!