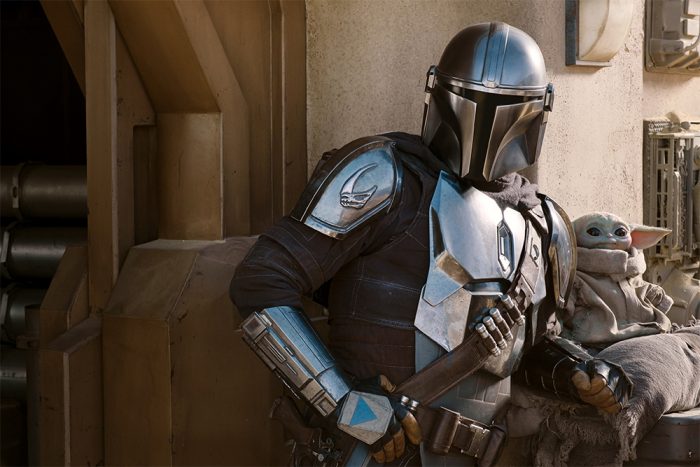 With the finale of The Mandalorian just a light speed jump away, every porg and droid is speculating who Grogu was able to contact through the force while sitting upon the seeing stone on Tython.  The long awaited appearance of live action Ahsoka Tano came to an end earlier in this season.  With many believing she would be the one to take Grogu from Mando’s hands, she refused the position of the child’s trainer.  Ahsoka explained in the episode “The Jedi” that she sensed much fear and attachment in Grogu, which led to her refusal to train him.  This claim was a direct reference to The Phantom Menace when Yoda told a young Anakin of the fear he sensed in him.  Ahsoka told Din Djarin that she had seen what these dangerous feelings have done to a fully trained Jedi let alone a youngling such as Grogu; referring to her former master Anakin Skywalker.  She ultimately refuses to train him, but informs Mando about the seeing stone on Tython.  With Ahsoka out of the equation, speculation has been driven to Ezra from Star Wars Rebels, Cal Kestis from Star Wars Jedi: Fallen Order, and none other than Luke Skywalker.

Ezra’s whereabouts are currently a mystery.  With the last sighting of Ezra being with Grand Admiral Thrawn jumping into hyperspace,  it is possible for him to be in a nearby system to hear the child’s call from Tython and come to Din’s aid in his attempt to defeat Moff Gideon and rescue Grogu.  A reunion of Ahsoka and Ezra would be a highly anticipated side effect of Ezra’s answer to this calling as well.  With the high dosage of Star Wars Rebels and Clone Wars we have seen in this season of The Mandalorian this character’s appearance would be a no brainer to some.

Cal Kestis is somewhat of a long shot in my opinion as this timeline would put him at around the age of 40, but it is still a possibility.  With Cal Kestis being 12 years old during the events of Order 66, it is possible he could have known Grogu possibly being training parters in the Jedi Temple at some point.  Cal Kestis is another candidate that would feel the call of the force and come to the aid of the child.

Last, but not certainly not least, we have Luke Skywalker.  With Luke’s recent victory over Palpatine along with evil itself just around 5 years ago, he is assumed to be in his mid 20’s at this time and stronger than ever.  We know that Luke wanted to and had dreams of rebuilding the Jedi Order in the future; therefore Luke would not be one to leave a call of the force unanswered.    Luke Skywalker has been stated to be searching for old Jedi temples and Jedi artifacts around this time.  It is possible Luke has been to Tython already and would be familiar with the force potent planet.  It seems almost impossible that Luke would miss this opportunity to defeat the dull flame that is the struggling Empire once again and save a part of his ancient religion and an Order 66 survivor.  Surely if Luke came in contact with Grogu, information of Order 66 and Luke’s father Anakin Skywalker would be shared by the child and learned by Luke.  What better teacher of the force for Grogu than the one who brought balance to it.

With the next episode coming this Friday 12/18/20, we will be on the edge of our seats to find out the answers.  Stay tuned!