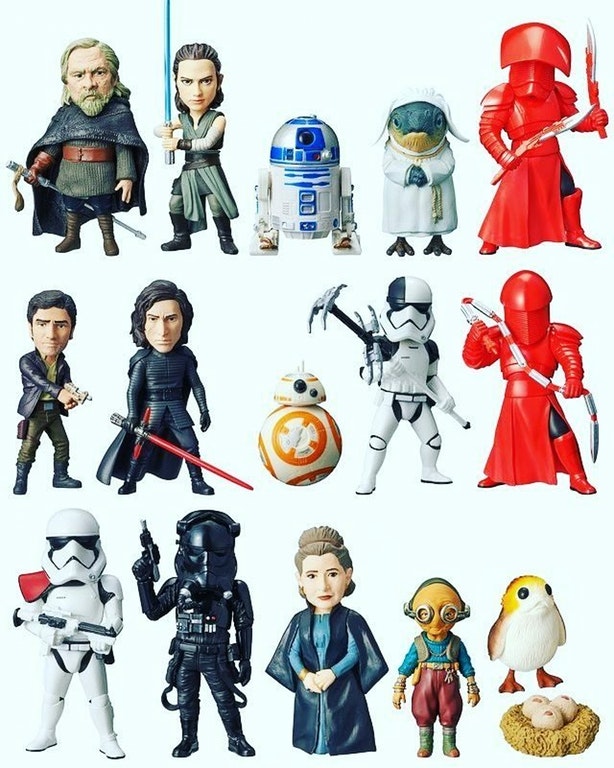 A Japanese website has announced a new line of Star Wars figures for The Last Jedi. It looks like the first wave will be released next week, and then drop in subsequent waves up until The Last Jedi debuts. What’s interesting about these figures is that they give us our first glimpse of the “porglets” Kathleen Kennedy mentioned in last week’s Star Wars show interview: little eggs that seem to hatch baby porgs. Will Luke and Rey perhaps witness the birth of a new generation of porgs? Love them or hate them, it looks like they have a big influence on the ecosystem of Ahch-To.

It’s not immediately clear yet if these figures are available exclusively in Japan or if they’ll be available elsewhere, but we’ll keep you updated as soon as we find out any more information. Fortunately, if you’re in Japan, you can hit up an arcade near you starting November 16th in order to pick up your own.

So what do you think of these figures? Which one do you like the best? Sound off below!