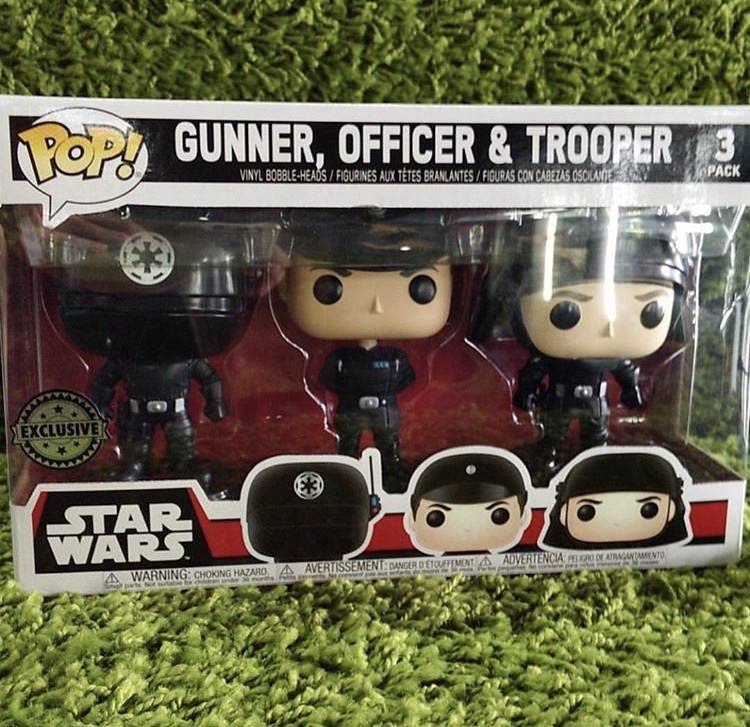 Already available overseas in Japan, it looks like the Resistance BB Unit and a new Walmart exclusive, this time an Imperial 3-pack consisting of a gunner, officer, and trooper will be available at Walmart soon. A while back, it was announced that Walmart was going to release an X-Wing 3-pack but no release date was ever revealed. Are these two likely to hit shelves at the same time?

While no date has yet been confirmed, it’s likely that they will drop in time for the holidays, so I would speculate that we should start seeing them pop up in stores before The Last Jedi drops, but as to when we will see them online is anyone’s guess.

As for right now, it’s not immediately clear if the Resistance BB Unit will be a Walmart exclusive or not. It’s likely to be, considering it’s blue variant was a Walmart exclusive when it dropped on Force Friday, but right now it’s simply speculation and we have nothing further to go on at this time.

If you’re anxious not to miss out, we’ve got you covered. You can access the placeholder link for the Walmart exclusive 3-pack by clicking here.