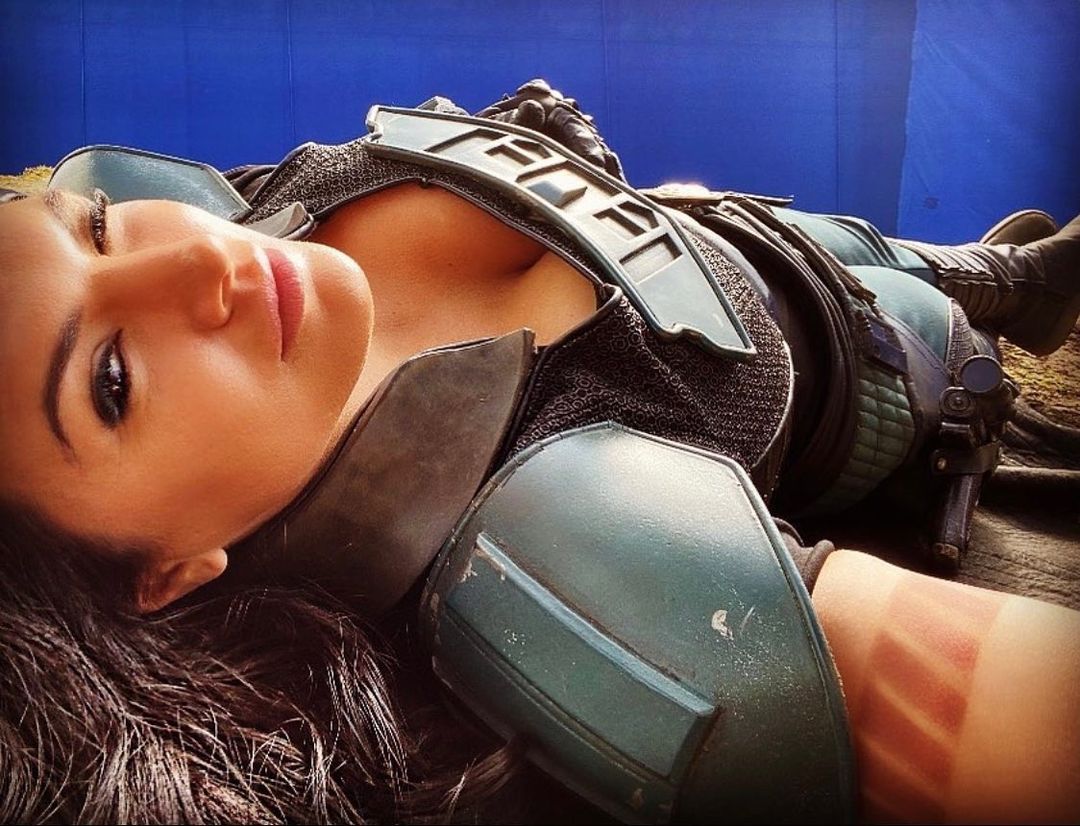 The “Star Wars” sequel trilogy may be over, but the fanbase is just as divided as ever.

“The Mandalorian” actress Gina Carano was recently fired due to controversial tweets alleging voter fraud in the 2020 election and mocking mask-wearing. After she shared an image to her Instagram Stories comparing the way conservatives are treated in America to the way Jews were treated during the Holocaust, UTA dropped her from a client and Lucasfilm fired her from all future “Star Wars” projects, including “Rangers of the New Republic,” in which her character, Cara Dune, was set to star.

However, things have been heating up as fans continue to push for Carano’s return to season 4. She recently received unlikely support from KISS rocker Gene Simmons, who likened Carano to being a victim of cancel culture.

Carano, meanwhile, has continued to post her controversial views on social media. She recently posted on Twitter that she knows people who are dying from taking the vaccine, adding, “These Biden mandates are murdering these people.” Twitter flagged the post as misleading, which means that the post cannot be liked, commented on, or shared.

This stands in stark contrast to “The Mandalorian” co-star Giancarlo Esposito’s comments. Esposito plays Moff Gideon and is set to appear in all four seasons. In a recent interview, he told unvaccinated people to stay away from movie and TV sets, saying, “Don’t work. Go ride it out somewhere where you’re not going to compromise anyone else if you get it.”

You can read more details on the developing story here. In the meantime, what do you think? Do you think that Gina Carano is a victim of cancel culture? Should she reprise her role as Cara Dune? Should she continue to work if she refuses to get vaccinated? Sound off below and let us know your thoughts!

7 thoughts on “POLL: Should Gina Carano Return To ‘The Mandalorian’?”