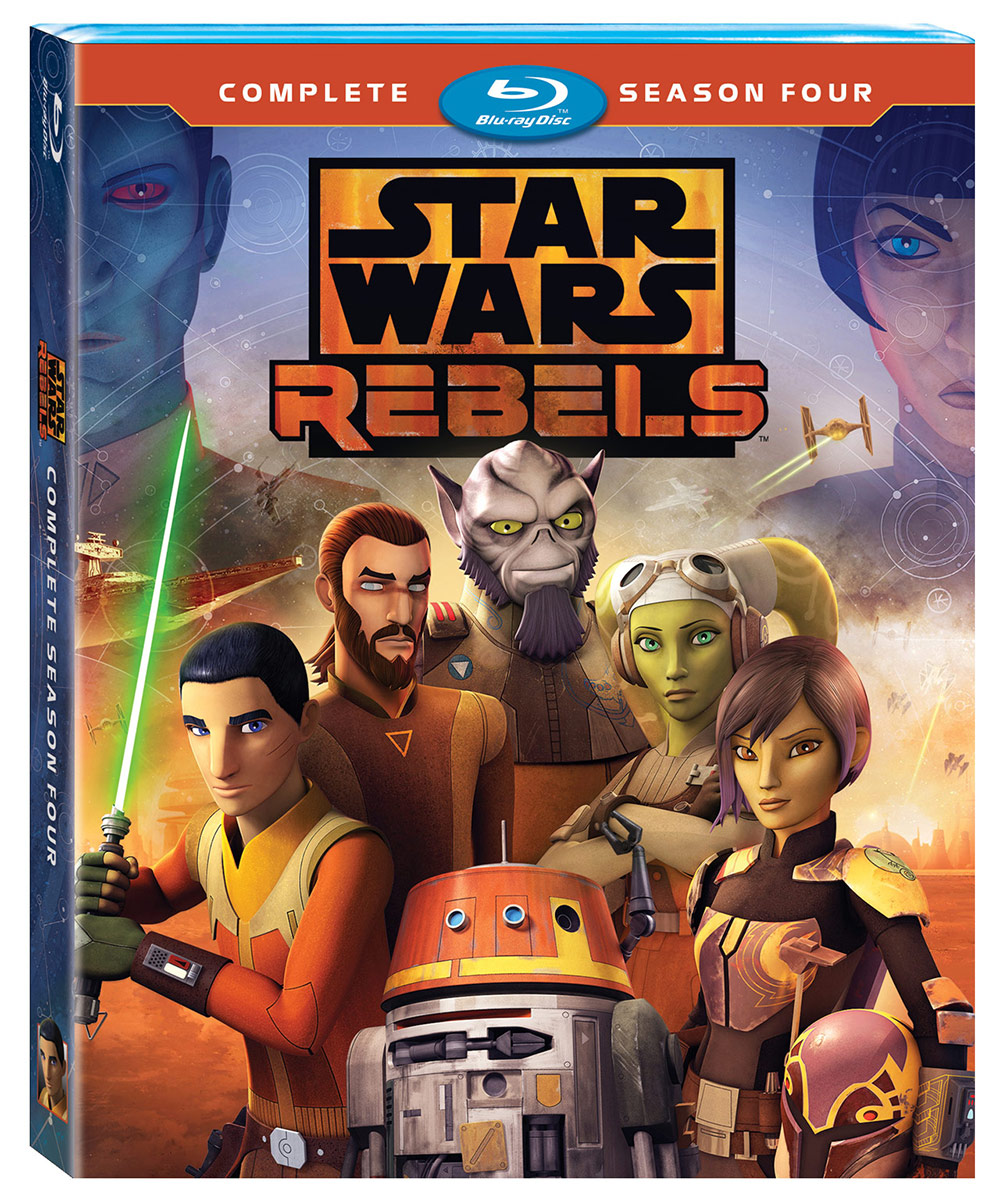 Star Wars Rebels Season 4, the last season of this show, will be released on July 31st for Blu-ray and DVD. The season will contain all 15 episodes, plus never before seen extras and exclusives.

Here is some information provided from the official site:

“Listen as Executive Producer Dave Filoni shares his wisdom on six audio commentaries, and go inside the show as the series’ creators explore what brought Ezra, Kanan, Hera, Sabine, Zeb, and Chopper to the end of their journey in the extra “Ghosts of Legend.”

Learn about the nature of the Force as Filoni shares insights into the power that binds the galaxy together in Rebels and across the Star Wars saga with the special, “Forces of Rebellion.”

Meet the mastermind behind the score from the series in a special behind-the-scenes feature on the composer, “Kevin Kiner: The Rebel Symphony,” and discover what inspired the show’s most enduring musical themes.

And, of course, both the DVD (also arriving July 31) and Blu-ray sets come complete with the final season of Rebels Recon, StarWars.com’s own entertaining and informative recap that dives into the themes and making of each episode — and uncovers some special Easter eggs.”

You can check out more information by heading to the Star Wars website.

I look forward to when they put all four seasons into a box set for us! Until then, are you excited for the final release of Rebels? How did you feel about the season ending after just four seasons? Be sure to let us know your thoughts in the comments below!