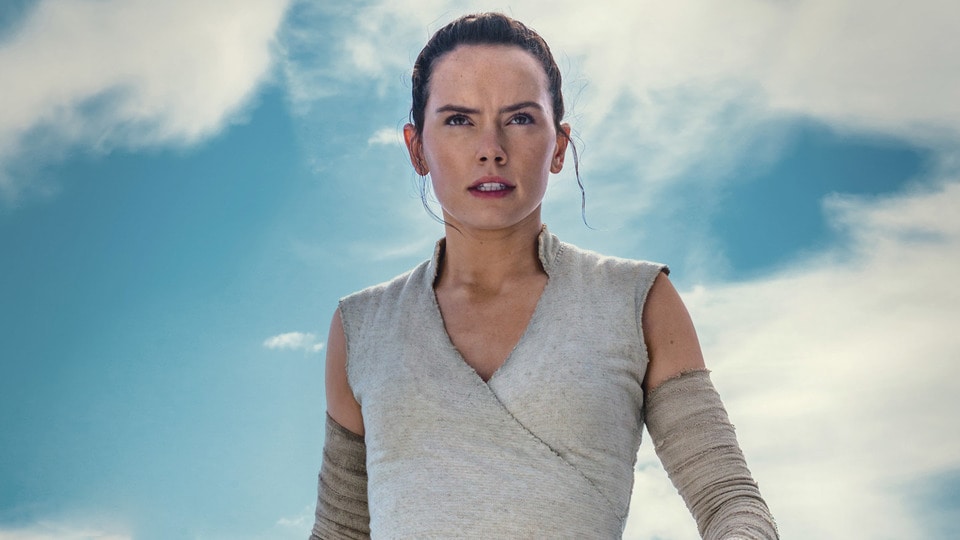 Ever since The Force Awakens debuted in theaters, people have been speculating about Rey’s true parentage. Although The Last Jedi attempted to put that question to rest, the claim that her parents are “nobodies” is true, from a certain point of view. The truth of Rey’s origins is actually much simpler than one might expect, all while explaining Rey’s unusually strong Force powers and staying consistent with the canon that has already been established. 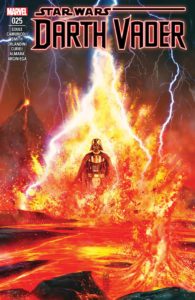 To understand where Rey fits into the bigger story, we first need to take a look back at the prequels. In issue #25 of Darth Vader, the long standing belief that Emperor Palpatine was Anakin Skywalker’s father was finally worked into canon when it was revealed that he had used the dark side to personally manipulate the midichlorians inside Shmi Skywalker’s womb, basically artificially inseminating her through the Force. If he could do it to one individual, who’s to say that he couldn’t do it to another?
If there’s anything to be said about Emperor Palpatine, he always appeared to be one step ahead of the game. It almost seems unrealistic for us to expect that he created Anakin Skywalker and then just crossed his fingers and hoped that his plans for Anakin would work out the way he wanted them to. It’s more than likely that Anakin was not the only child that he created.
The theory that Emperor Palpatine created more than one “child” actually fits with currently established canon as well, tying in the theme of bringing balance to the Force. Yoda may have said, “Always two there are” in reference to the Sith, but it was Luke who realized the Force was two sides of the same coin: “powerful light, powerful darkness.” There always has to be two to bring balance to the Force. In Clone Wars, Anakin encountered the origins of the Force itself in terms of the Son (darkness), and Daughter (light). Even Skywalker himself, the supposed “Chosen One” had twins, a boy and a girl.

It stands to reason that there was at least one other child that Palpatine created, whether it be a boy or a girl. Considering Shmi Skywalker’s status as a slave, it’s unlikely that Anakin ever would have been noticed for his Force potential if Qui-Gon Jinn had never showed up on Tatooine and intervened. In The Last Jedi, Kylo Ren tells Rey that her parents are simply “filthy junk traders who sold you off for drinking money.” Considering that Anakin Skywalker did turn to the dark side, it’s possible that the plans Palpatine had for the other child were put on hold, or postponed indefinitely after his defeat at the Battle of Endor.
Considering Shmi herself didn’t even know about what Emperor Palpatine had done, that child probably went their entire life not knowing their true origins. They grew up leading a relatively unremarkable life, had children, and their children had a child: Rey. It would explain why she is powerful in the Force and still fits with The Last Jedi assertion that her parents are “nobodies.” No one had any reason to suspect their powerful lineage. Even Leia Organa was unaware of her own Force potential until she met Luke.
This also helps satisfy the speculation that the identity of Rey’s parents doesn’t matter in the big picture. What really matters here is who she descended from. It doesn’t contradict what was established in The Last Jedi and also helps to support the theories from The Force Awakens that tied Rey to the Skywalker name. Not only did Anakin’s lightsaber choose her, but R2-D2 also awoke when she arrived on D’Qar. Many felt this was due to her Skywalker bloodline, but perhaps being a distant Force-relative of Anakin was enough to connect both of those events. 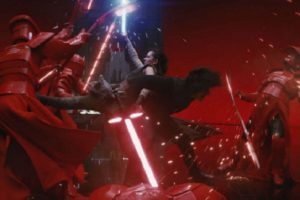 It would also explain Rey and Kylo Ren’s strange connection. Both could technically be considered direct descendants of Emperor Palpatine. Rey wouldn’t have the Skywalker lineage or name, but she would be related to Kylo Ren in an interesting dynamic that we haven’t yet explored in the Star Wars universe. Considering the introduction of Force Skype and artificial Force insemination, having relatives through the Force suddenly doesn’t seem like a difficult pill to swallow.
This is also an easy way to explain Rey’s powers to the audience while still tying it back to the prequels and original trilogy in a way that’s easy to understand. “Hey, so it turns out that Anakin had a secret long lost sister that Palpatine created on another planet, and Rey is a descendant of hers, making both her and Kylo Ren direct descendants of Emperor Palpatine, which is why they’re so strong in the Force and have that weird connection.”
No strange time jump, cloning explanations, or weird twists or leaps in logic: there was just another child that no one knew about until now. There’s a certain beauty in the simplicity of the idea, and one that has been seemingly overlooked until now.
This is supposed to be the official end to the Skywalker saga. Considering it began with what Emperor Palpatine destroyed, it makes sense that it would end with what he created as well.

5 thoughts on “Rey’s True Parentage: The Powerful Nobody No One Saw Coming”