SlashFilm has learned that Rosario Dawson will appear in “The Mandalorian” season 2 as fan-favorite character Ahsoka Tano, marking the character’s first appearance in a live-action format. 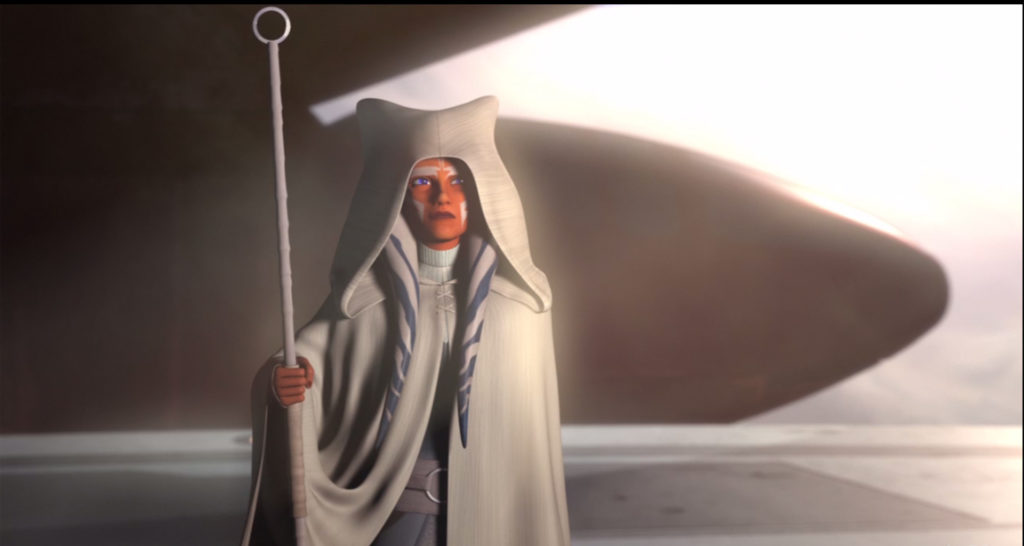 Introduced in “Star Wars: The Clone Wars” as Anakin Skywalker’s Jedi Padawan, Dawson has been a fan-favorite for the part since 2017 when a fan tweeted that they wanted the actress to play Ahsoka in a live-action project. Dawson responded with, “Ummmm… yes, please?! #AhsokaLives” and later commented that, “It would be amazing!” on Good Morning America. SlashFilm confirmed Dawson’s casting with two independent sources. However, neither Lucasfilm nor Dawson’s representatives have commented at this time. Ahsoka was co-created by Dave Filoni, who has been involved with “The Mandalorian” as an occasional director as well as a writer and producer.

Hmmm… @starwars for @rosariodawson? YES! She talks about wanting to be in a future film.

Not only would this mark Ahsoka’s first live-action appearance but also her latest in the canon. She was last seen in “Star Wars: Rebels”, soon after the Battle of Endor. Meanwhile “The Mandalorian” begins five years after that event.

“The Mandalorian” season two is confirmed for an October release date on Disney+. We won’t discuss much of what to expect based on the season one finale in case any readers have yet to finish the show (no spoilers), but we are curious to hear your thoughts on Ahsoka’s role in the new season and Rosario Dawson’s casting. Feel free to comment below and – since information is still coming in – check back at Scavenger’s Holocron for updates.