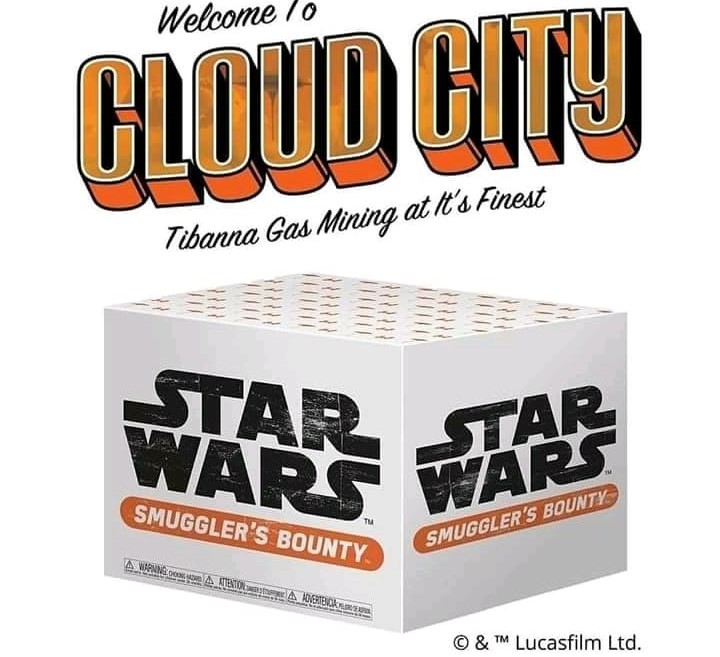 Ever since Funko announced that they were ceasing their line of subscription boxes and partnering with other retailers for distribution, people wondered who were getting the bi-monthly Smuggler’s Bounty box. Marvel’s Deadpool box went to Amazon. Disney Treasures went to Hot Topic. Because of this, many people felt that Smuggler’s Bounty would wind up with Target, Walmart, or even Game Stop.

Thankfully, the rumor mill can finally stop churning, as Smuggler’s Bounty announced its new home with Amazon.com. The major online distributor will now be carrying the rest of Smuggler’s Bounty boxes for a 29.99 price tag. And the best part? Free shipping! Taxes are included, of course, but the shipping savings are definitely a bonus from Funko’s previous subscription model, which charged a hefty price tag for shipping. You can cancel at any time, and Amazon says you don’t have to worry about any other hidden fees.

Unfortunately, Amazon says that they are not processing returns or replacements for damaged boxes. This is to be expected, as Funko is notorious for not responding to criticisms and complaints in these cases. Amazon also brings a unique twist on their subscription model: customers can purchase a maximum of three boxes. This can be helpful for members who are looking to collect several variations of an item, such as the First Order/Resistance bandanas we’ve seen in previous boxes.

The box seems to follow the same rules as the others: it will ship out every 2 months. It will contain an exclusive Pop Vinyl, as well as 3-6 other collectibles. This presumably means the return of the pin, patch, and probably the mystery figure. Amazon does request your T-shirt size, although they specifically state that they just want to have that information on hand for future boxes, as next month’s box does not contain a shirt.

Speaking of next month’s box, the theme has been announced…Cloud City! Considering the return of Lando in Episode IX, there hardly seems like a more appropriate time to have a box dedicated to Cloud City. With many people satisfied with the Obi-Wan Kenobi and Anakin showdown on Mustafar from the last box, many are wondering if this box will finally deliver the long awaited Han Solo trapped in Carbonite Pop that fans have been requesting for years.

So that’s the scoop! Head on over to Amazon.com to order your next box and let us know how you feel about this shift to Amazon in the comments below!