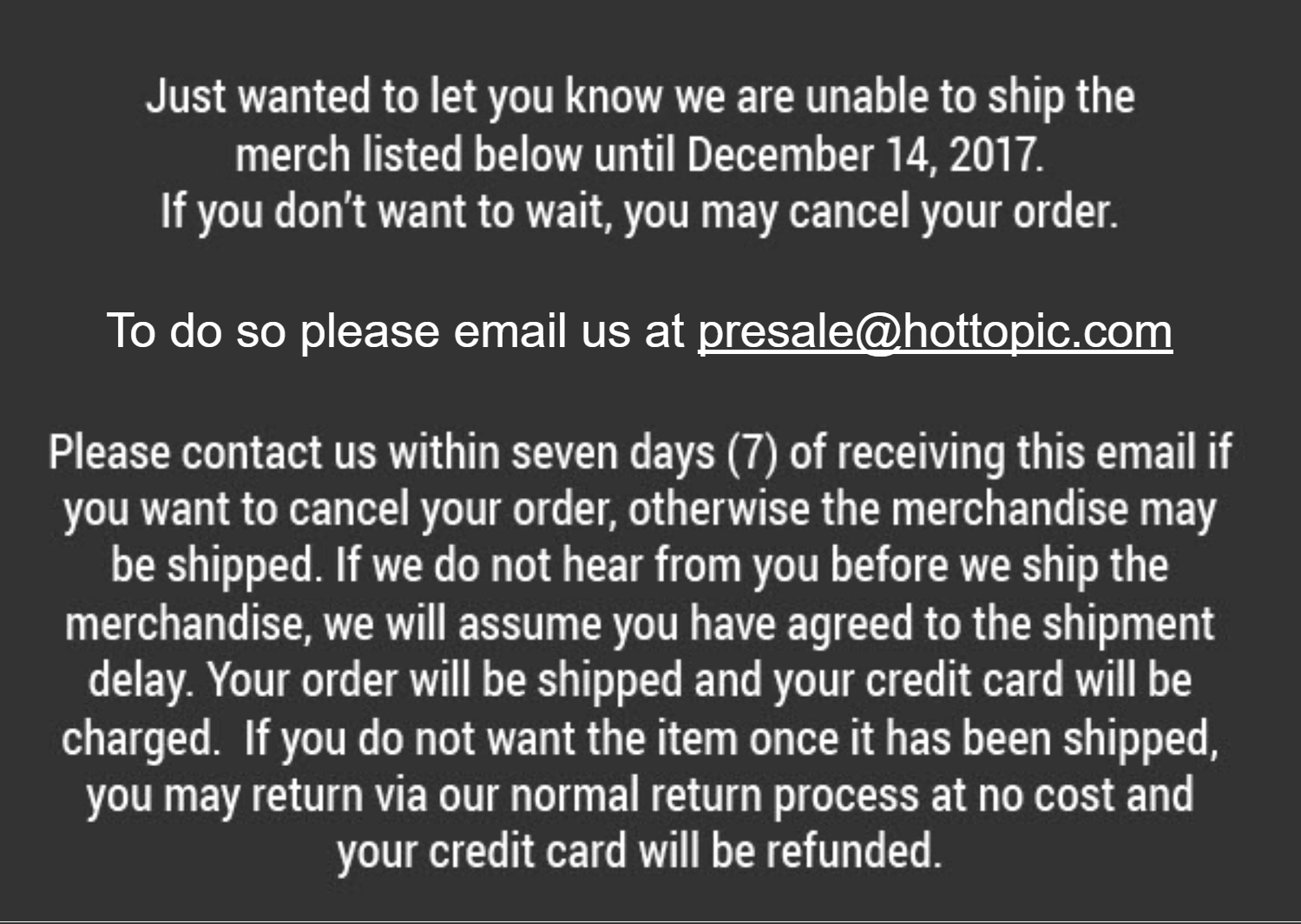 I know many people, myself included, were disappointed to see that the Glow in the Dark Ahsoka pop, which debuted at LA Comic Con last month, was only available for preorder online despite limited stock in stores. Now, apparently, there is a delay in the shipment and instead of November 14th, the pop will not ship until December 14th. That’s bad news for anyone who was planning on traveling for the holidays and feel uneasy leaving their pop in the mail carrier’s care until they return.

I reached out to Hot Topic to see what exactly was causing the delay, but unfortunately they didn’t seem to know, although the fact that they probably aren’t authorized to tell me is equally as likely.

I guess we’re just going to have to wait and see. Fingers crossed that they get things up and running in order to ship it sooner, but at this point, it looks unlikely.