Over the years, Star Wars has been spoofed a number of times: “Family Guy”, “Robot Chicken”, “Phineas & Ferb”… Weird Al even has a Star Wars song or two in his roster. But no Star Wars spoof is quite as classic or aged quite as well as the Mel Brooks’ directed Spaceballs.

For those unfamiliar, Mel Brooks’ is one of the greats of comedy. An actor, writer, and director, he had already proven his worth after winning on Oscar for writing The Producers while creating such classics of comedy as Blazing Saddles, Young Frankenstein, and History of the World: Part 1, each a send up of a popular film genre at the time (westerns, horror, and historical epics, respectively). But by 1987, the original Star Wars films had reached their end and we were without a proper spoof. That is, until Spaceballs was released in theaters. 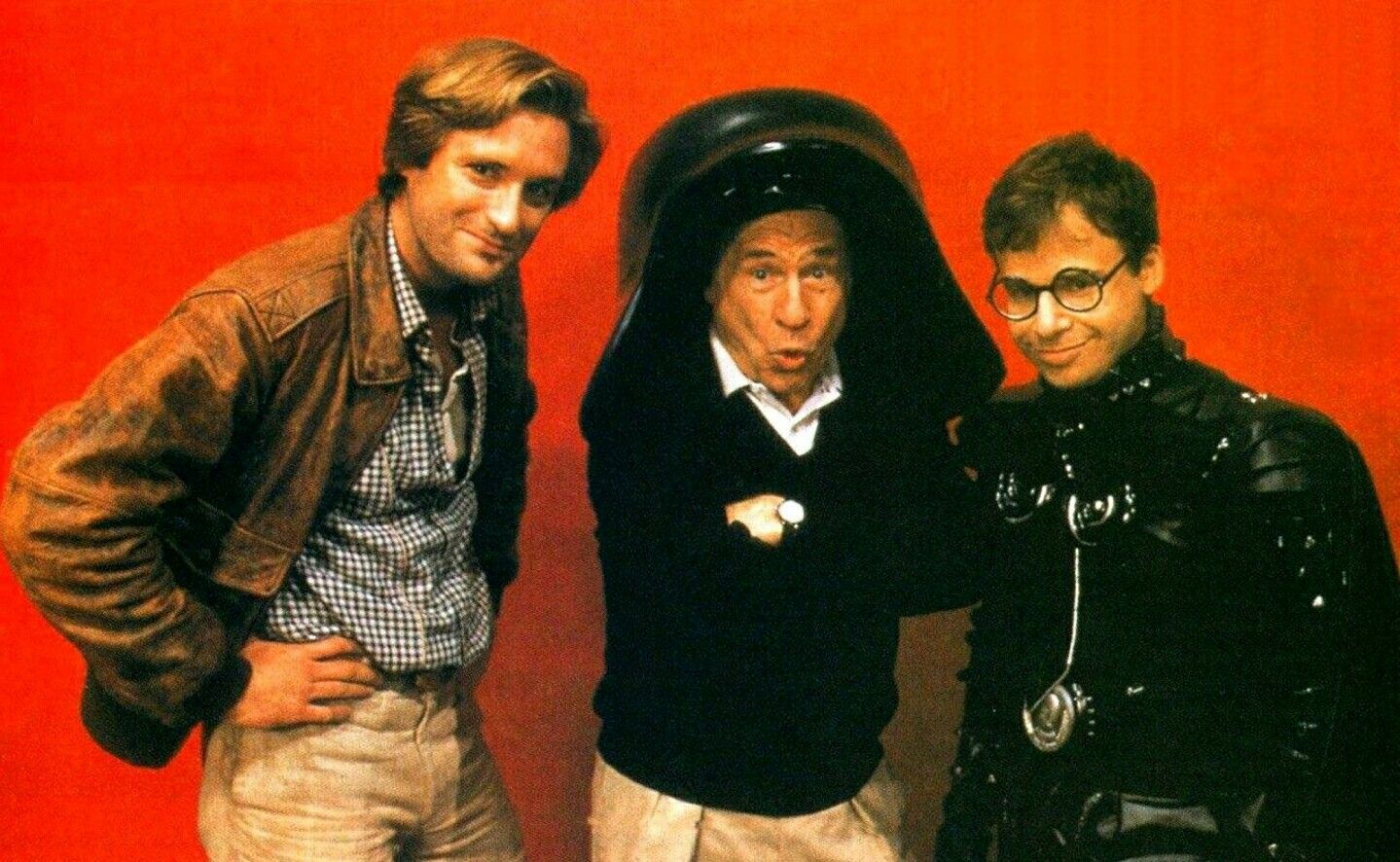 Spaceballs was going to be special before it even came out in theaters. Why? Because it already had George Lucas’ seal of approval. Lucas had read the script and loved it so much he let his special effects company – Industrial Light & Magic – help with some of the film. Mel Brooks has said that Lucas gave him full permission to parody Star Wars on one condition: that no merchandise be sold from the movie. And after the movie was released, Lucas wrote Mel Brooks a letter saying, “he thought he was going to bust something from laughing so hard. Lucas also told Brooks had he not chosen to parody Star Wars, Spaceballs would have succeeded as a great adventure film. Brooks said he was extremely flattered by Lucas’ compliments and support.” Lucas’ seal of approval is well earned, as the film doesn’t point and laugh at Star Wars so much as pay loving tribute to it. Much like any good spoof film, there is an appreciation and understanding of the genre which is where Brooks can find the humor in it. It embraces the idea of a fairytale in space, which is part of the heart of Star Wars. It was gives us “Once upon a time warp…” instead of the infamous “A long time ago in a galaxy far, far away…”. We get the princess, the dashing rogue, the sidekicks, the mentor figure, and the evil villains common in both a fairytale and a Star Wars film. All this shows the total devotion this film plays to its predecessors.

This isn’t just some lazy spoof either, definitely not in terms of production value. The film has special effects that could stand up against many of the sci-fi films it was spoofing at the time. The spaceships, the laser battles, the creature effects, are all superb. It helps the film establish its sense of authenticity and authority. When you see Barf, you’re not looking at John Candy in some ratty dog costume. It’s a good costume. You totally believe that Pizza the Hutt is made of pizza, or that Dark Helmet and Lone Star fight each other using their schwartz. This was Mel Brooks’ most expensive film at the time and he used the money wisely. Not only bringing in top special effects but top talent as well.

There are two standout cast members here among an already excellent ensemble of comedians in the film. The first is Bill Pullman as Lone Star. A relative unknown at the time, Pullman would have a career that didn’t necessarily lean towards comedy moving forward. With projects such as Independence Day, Sleepless in Seattle, A League of Their Own, and Lake Placid among others, Pullman would later become the leading man type he’s spoofing in Lone Star. Much like Cary Elwes was cast in Robin Hood: Men in Tights because he had an Errol Flynn like quality to him, Pullman works so well in this movie not just because he’s funny. He IS funny, but he also fits the role perfectly. You can see him playing a Han Solo type in a non-spoof movie; he emulates that type of role perfectly and balances it with enough sincerity and humor to totally nail the performance of Lone Star. He believes it, so we believe it.

But the standout in the cast, potentially one of the greatest comedy villains of all time, is Rick Moranis as Dark Helmet. There is a chance that this is the best performance Moranis has ever given; he has such a kinetic energy to him. He is able to be both intimidating and hysterical, childish, and yet still a threat to the characters. And SO much of that performance was what Moranis brought to it. The decision to have his voice get deeper whenever Dark Helmet’s helmet was down was Moranis’ decision. The classic doll scene was totally improvised by Moranis as well. He gives the film some of its best gags and is just freaking hysterical throughout. Its hard to pinpoint what makes Moranis so good as Dark Helmet in this film because it is such a unique talent and performance, but he has made his mark. Although retired from acting, Moranis recently reprised his role of Dark Helmet for an episode of “The Goldbergs” on ABC. The executive producer on “The Goldbergs” even said, “I truly think Rick Moranis gave the most underrated and brilliant comedic performance in any ’80s movie as Dark Helmet. I’ve been a lifelong fan of his work and became obsessed with having him reprise the role on my show.” Moranis has truly made his mark not only on comedy but pop culture as a whole.

Rick Moranis’ reprisal of Dark Helmet on “The Goldbergs” really gets to why Spaceballs has become THE Star Wars spoof. Although not received by critics with the highest of praise at the time, it has grown to be appreciated as a comedy classic and entered into the pantheon of pop culture itself. Outside of “The Goldbergs”, Lone Star’s Winnebago even had a cameo (among a million cameos) in 2018’s Ready Player One film. That film features references to 80s and 90s pop culture on the same level as Star Wars, and the Spaceballs reference is not treated as a joke. Spaceballs has – in many ways – reached the same level of recognition that the properties it spoofed has. Just look at everything which has referenced the film: “Saturday Night Live”, “Mystery Science Theater 3000”, “Family Guy”. Heck, in Rogue One, the planet of Scarif is protected by a planet-wide shield with a single main entry gate which needs a password to access to it. JUST LIKE DRUIDIA IN SPACEBALLS.

But honestly, the reason Spaceballs works so well is because it’s funny. It is incredibly funny, with a number of classic gags. John Hurt’s cameo paying tribute to Alien, combing the desert, and of course the timeless “Instant Cassettes” scene. The film is just hysterical, well done, and a classic. So if anyone hasn’t seen it I recommend you go view it. And may the Schwartz be with you.