THE REBELLION NEEDS YOU! The Empire takes from all of us — our freedom, our dignity, our hopes and for some, even our lives. The Rebel Alliance fights to take back our galaxy from the forces of oppression…but we need your help! Be a part of the solution — JOIN THE REBELLION TODAY!

Find more info on this comic at Marvel Website. 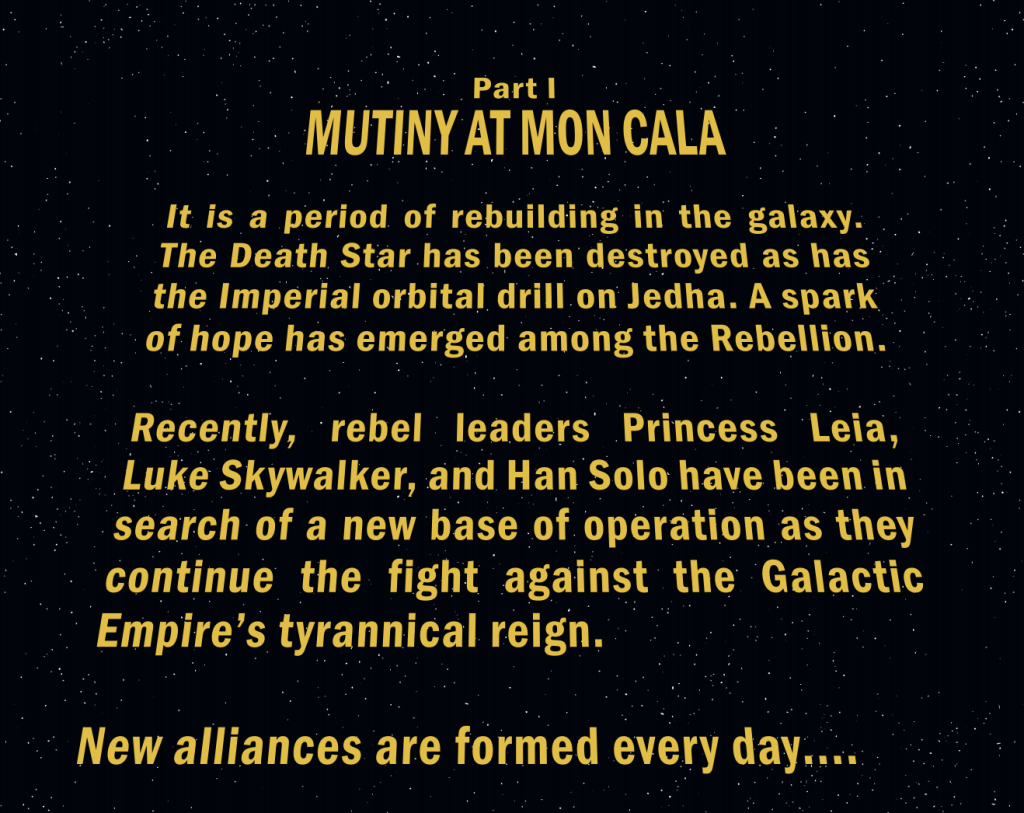 As always you were warned and this opinion may or may not contain spoilers for you if you plan on reading the comic.

Star Wars #44 is the start of a new story, Mutiny at Mon Cala.  I have been looking forward to the start of a new story and some different artwork.  While Salvador Larroca is still doing the artwork for this series, the use of what I refer to as “photoshopped faces” does not seem as bad as in the previous series.  While there is a distinct difference in the drawn faces and the “photoshopped faces”, they just don’t seem to stand out as much to me this time around.

We finally get to see the beautiful world of Mon Cala, while not much of it, what we do manage to see looks pretty impressive.  Additionally, we are teased about some of the life of Mon Cala.  With comments like “shun anything verdant” or ” do bit anger the plants!” and finally “Where are the murderous plants”.  We are left to wonder if there is more to Mon Cala then just what meets the eye.

If you were a fan of “The Clone Wars” cartoon, you might remember an episode or two that encompassed a battle of the Quarren and Mon Calamari against some battle droids (that were geared for underwater battle) and that took place on the planet of Dac.  Dac is the name the natives called their homeworld but travelers later called it Mon Cala.  But I digress from this particular topic as it can become a spiral of confusion when digging through some research.

Back to the comic at hand.

We see Luke, Han, Leia, Ackbar, R2-D2, and C-3PO land on an atoll on Mon Cala to meet with the leaders of Mon Cala in hopes that they will join the rebellion, or the very lease give their ships to the rebellion cause.  They meet with Admiral Urtya who we find out is just a puppet to the Moff of this world.  While he is in charge of his people, he himself just knows he is just a public figure.  Admiral Urtya informs everyone that the King is being held as a prisoner and if the inhabitants don’t do as the Empire demands there will be no more Mon Cala.

The meet and greet ends up getting interrupted by a squad of Stormtroopers where we see Han work Han’s magic and a short battle ensues.  The gang jumps aboard a boat where Chewie is introduced into the story and heads for safety where Admiral Urtya informs everyone that he is not willing to risk the lives of his people to help out the Rebel cause and then quickly disappears.  On a cool note, we do get to see some other species of Mon Cala in the panels while they are running for safety.

The gang manages to get back to the safety of the Falcon and head back to the Mako-Ta Space Docks where Leia decides to attempt a different route of getting the planet of Mon Cala to help by contacting Queen Trios in what appears to be an attempt to rescue the Mon Cala King.

I look forward to this story and can’t wait to see what future issues hold. 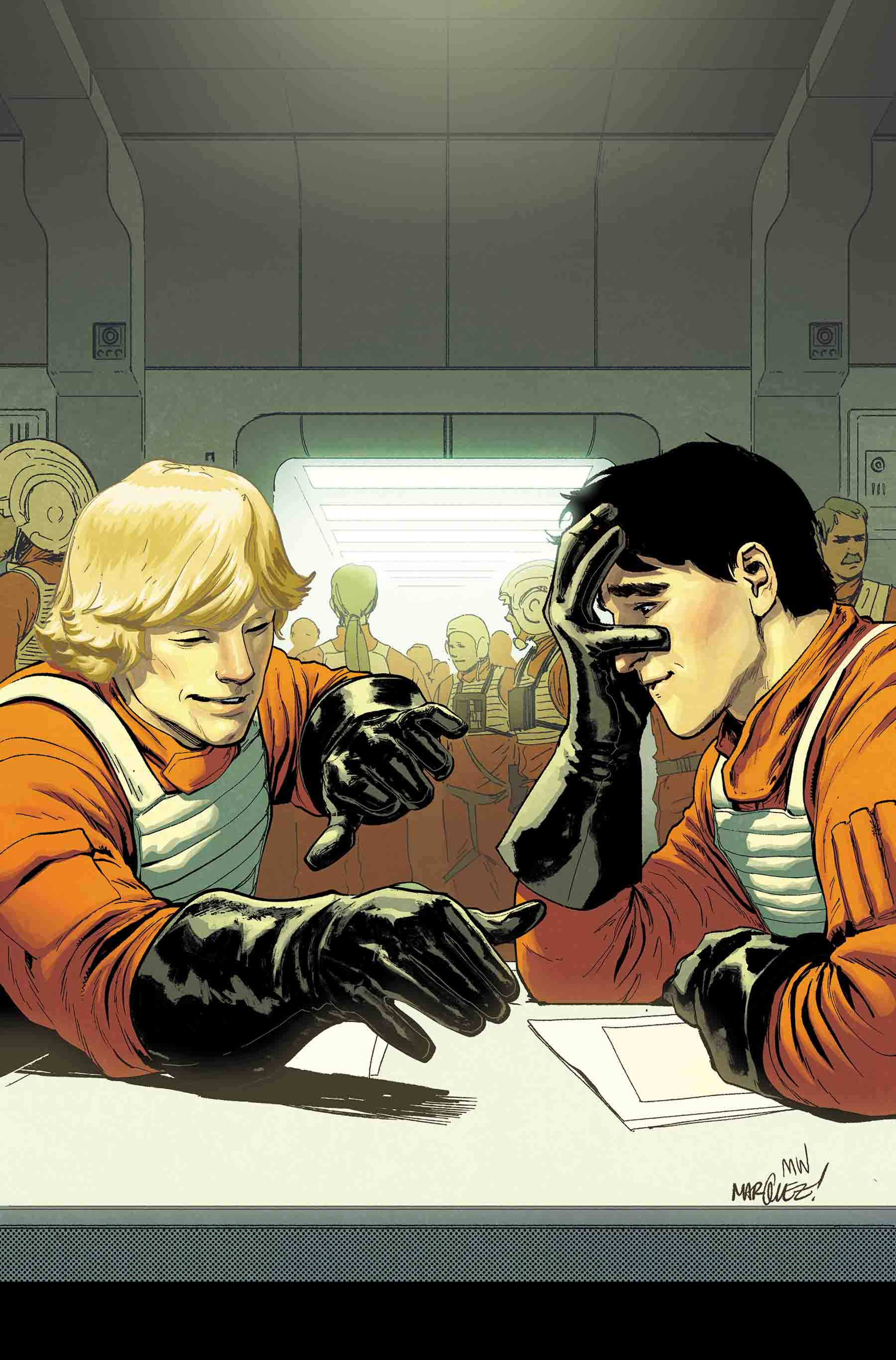